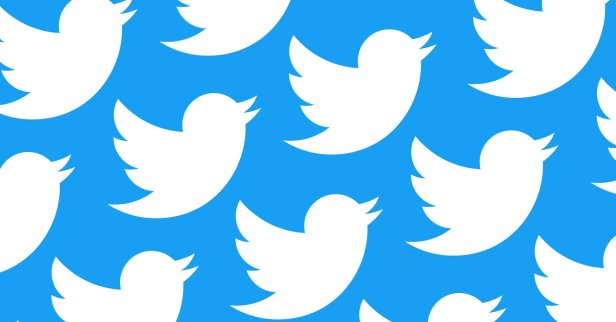 Every day I like to go on Twitter and socialize with my fellow entertainment junkies and we nerd out about film, television, animation and games (much like I do on this website) and it is fun, but lately tweeting has had an extra layer of danger to it thanks to the rise of political correctness. Many conservatives see this movement as the radical left policing everyone’s right to free speech but many liberals see it as just a way to police hate speech. My point of view on the subject is a bit more complicated.

Ever since the rise of social media in the information age, the voices on sites like Twitter have become louder and more effective at ending the careers of public figures like Harvey Weinstein and changing the landscape of Hollywood. It’s the reason why the TV series Brooklyn Nine-Nine got immediately picked up by NBC the day after FOX cancelled it, and it’s the reason the Sonic the Hedgehog movie got delayed so that the filmmakers could spend more time changing the character’s design. Since the majority is where the money is, Hollywood literally cannot afford to ignore so many voices if they want to remain in business (Something that has been true for decades in the trend-following film industry). One person cancelling you on Twitter for not being woke enough could lead to everyone cancelling you, and now the entertainment industry is scared of offending anyone in even the slightest way.

This is a good thing and a bad thing.

The reason why it’s good is obvious. For example, the #MeToo movement is by far one of the most important things to happen in the 21st century. First used by social activist Tarana Burke in 2006 and popularized by Alyssa Milano in 2017, it was a cry for unity with victims of rape and sexual assault in the face of film producer and Miramax founder Harvey Weinstein’s inappropriate actions against women. Many women around the world started using the hashtag in an act of solidarity to proclaim that they too were raped, including many celebrities, and the movement spread like wildfire, bringing light to something that has been a problem since the beginning of mankind but is only now getting coverage, and also encouraging more victims to come forward and more people to believe them when they do. This has led to the downfall of comedians like Louie C.K., filmmakers like John Lasseter, talk show hosts like Charlie Rose and many other men who I used to be a fan of.

This is the best example of the positive side of the rise of political correctness, especially among young people who have absolutely embraced being woke. Tolerance for racism, sexism, homophobia, transphobia, xenophobia and any unfair treatment towards the underprivileged has gone down to zero and it is truly inspiring to see.

Many of my mutuals on Twitter have the same intolerance for injustice that I do, and many of my female friends have joined in the cries of “Me Too” so I am in the midst of this revolution, and I am on the same side as all the social justice warriors who defend the casting of black women in sci-fi shows from racists who call it forced diversity and who quote tweet tone-deaf Tomi Lahren statements with sarcasm and swift retort.

It has extended outside of Hollywood and into politics too as people like Al Franken and Joe Biden have been called out for their inappropriate behavior, although Republicans are frustratingly immune to being shamed and the president has not faced any consequences for his behavior (not yet anyway). Regardless, the standard for upstanding and fair behavior that is largely policed by Twitter has gotten higher across many aspects of life, and as a result, people are more scared to speak their mind in public and more scared of interacting with women for fear of “making a misstep” and being ostracized and mobbed by liberals (although I largely have no sympathy for people who are upset about being called out for being inappropriate).

By the way, I also have no desire to be shamed by a mob of liberals, which is why I am wording this next part of the article very carefully.

The rise in power of the woke left is an important cultural shift that I think will make society better in the long run (most of the time when people get called out, they deserve it), but there are some things about the movement that worry me.

For example, the situation when Guardians of the Galaxy director James Gunn was fired by Disney only to be rehired later perfectly demonstrates how the right has exposed a weakness with the left and used it against them. The Trump supporters targeting James Gunn to get him fired know that it virtually does not matter how you act or what you do in the present if you did something terrible in the past. The tasteless tweets Gunn made in the past were not things he tried to hide. He acknowledged that he didn’t want to be the person who jokes about pedophilia anymore because he realized that he wanted people to, you know, LIKE HIM. So he became a better person and dropped the filthy persona and everyone who works with him today has defended his character and can attest to his respectful behavior.

I’m not saying everyone should like him. Based on the stuff he tweeted you’re within reason not to. But James Gunn is also within reason to want to change and be a better person, which he did. That’s the definition of being woke.

And that’s one thing I dislike about this woke mob. I don’t mind when you stay mad at people like Louie C.K. and John Lasseter who have been physically inappropriate with women and have shown no signs that they have changed, but when you cancel Gunn, who made some outrageous tweets just to disgust people and later outgrew the idiotic behavior because he finally got smart, that is not a reason to cancel someone, especially considering how rare it is to be mature enough to admit your own mistakes and take full responsibility for them.

James Gunn woke up. He’s doing the only thing he can possibly do to make up for his behavior. If that’s not good enough for social justice warriors, they don’t care as much about making the world a better place as they think they do. They just want people to feel bad. And that doesn’t do any good for anyone.

I’ve seen similar cancellations towards celebrities for lesser offenses and sometimes it’s over things they didn’t even say. Sometimes this is the fault of headlines which often masquerade as click bait by lying, but if we are smart enough to know the facts before we judge, this can be avoided.

I have no problem with the existence of this new revolution. As long as we don’t mishandle it.

One thought on “Social Justice in Hollywood”