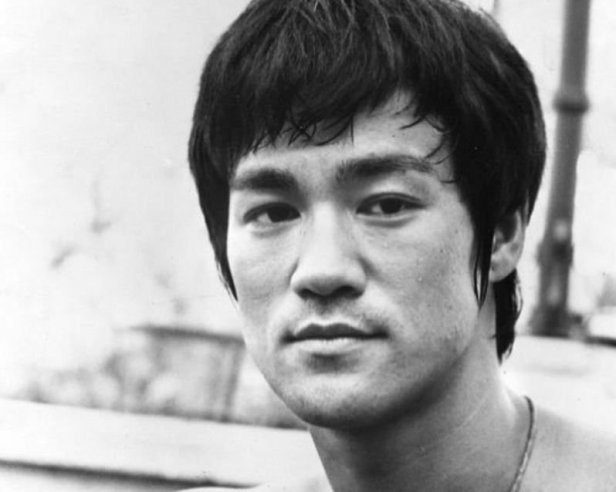 As I said in my last blog, I recently watched the film Once Upon a Time in Hollywood and while I enjoyed it for its artistic merit and as an ode to show business, some people didn’t appreciate Quentin Tarantino’s unrealistic portrayal of Bruce Lee. I didn’t take the scene seriously because Quentin Tarantino is nuts and I just always go along for the ride no matter how absurd and revisionist his films get, but as a fan of Bruce Lee I felt the desire to write a blog about him just to remind people who he really was. There was way more depth to the man than people tend to think.

Bruce Lee was born in Chinatown, San Francisco in 1940, but his family moved back to Hong Kong when he was three months old. The area where he grew up landed him in a lot of street fights due to a number of gangs that originated from the large number of refugees fleeing communist China, so his father taught him martial arts to defend himself, specifically t’ai chi.

When Lee was 16, he began training in the kung fu style of Wing Chun under the guidance of famed martial artist Ip Man. Around this time, which was the late fifties, Lee also attended St. Francis Xavier’s College and won the school boxing tournament knocking out the previous champion in the process.

However this didn’t stop Lee from continuing to get into street fights. They became more frequent as he got older. So frequent that Lee’s father sent him to the United States so that he could live a safer and healthier life.

He lived in San Francisco at the age of 18 and eventually moved to Seattle where he would find employment and continue his education, finally receiving his high school diploma in 1960, and in the following year studying dramatic arts, philosophy, psychology and other subjects at the University of Washington.

In 1959, Bruce Lee began teaching his own martial arts style called Jun Fan Gung Fu (literally translated as Bruce Lee’s Kung Fu) which was basically his own version of Wing Chun. His desire to break from the rigid traditions of classic martial arts to something more freeform also led to the founding of Jeet Kune Do in 1967, which was a martial arts style heavily influenced by Bruce Lee’s personal philosophy, which emphasized minimal effort and maximum effect, as Lee found that people who trained in martial arts were focused too much on techniques and not enough on self care, which he felt made you even stronger. His Jeet Kune Do is largely credited with paving the way for modern mixed martial arts (MMA).

He opened his own martial arts school in Seattle and after moving to Oakland in 1964 he opened one there as well. The school in Oakland was co-founded by a well-known martial artist from America named James Lee, who Bruce Lee would live with in the Bay Area.

The fated meeting between Bruce Lee and James Lee would lead to Bruce Lee meeting American martial artist Ed Parker, who was the organizer of an international karate championship held in Long Beach. After Parker invited Bruce Lee to attend the tournament in 1964, Bruce Lee would demonstrate his techniques on stage.

You would think that based on his passion for martial arts and the lack of good acting roles for Asians in America that Bruce Lee would have no desire to act in Hollywood and you would be right. He actually had starred in twenty films as a child before he moved to America because his father was a famous actor in China. Bruce Lee was a year old when he starred in the 1941 Hong Kong drama Golden Gate Girl, and he also starred in The Kid (1950) in a lead role alongside his father. Lee had intended to abandon acting to focus on martial arts, but when TV producer William Dozier saw Bruce Lee at the 1964 karate tournament, he invited Lee to audition for a role in a show. Dozier eventually hired Lee to play Kato in the 1966 series The Green Hornet starring Van Williams.

The show only lasted 26 episodes and was cancelled after one season, although Lee did revive the character in the three episode crossover between The Green Hornet and Batman starring Adam West (both William Dozier shows) followed by Bruce Lee’s guest appearances in Ironside, Here Come the Brides and Blondie in the late sixties. Lee even appeared in four episodes of the 1971 TV series Longstreet as Mike Longstreet’s martial arts instructor, and aspects of Lee’s martial arts philosophy were actually written into the script.

Bruce Lee also had his hand in the creation of the TV series Kung Fu. Warner Bros. didn’t give him any credit but they said that they had already been developing a similar idea with different writers. Bruce Lee originally pitched the 1971 martial arts western as The Warrior, but that show wouldn’t premiere until 2019 where it first aired on Cinemax.

While it was disappointing that he was uncredited, and that David Carradine was given the role of the shaolin monk instead of him, Bruce Lee understood how Hollywood worked and he knew that casting an Asian as the lead of an American show would be a hard sell to the public.

Unsatisfied with the roles he was being offered in America but still having a desire to act, Bruce Lee ended up returning to Hong Kong (where he was a big star thanks to The Green Hornet) and signed a two-film contract with movie studio Golden Harvest.

His first film with him in the lead role was martial arts action film The Big Boss (1971) and it was a huge box office hit that made Bruce Lee an even bigger star. His second film under the Golden Harvest contract Fist of Fury (1972) was an even bigger success. 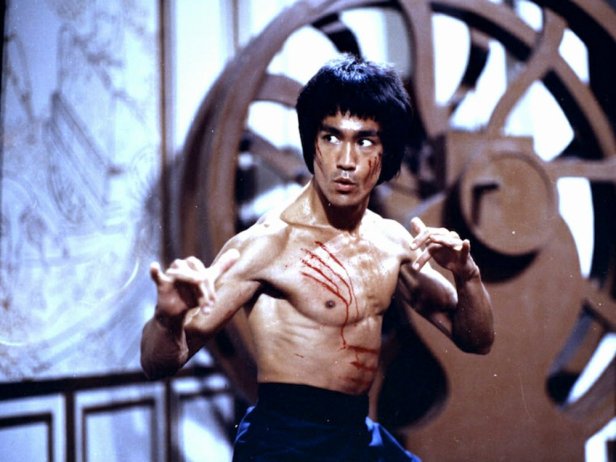 His third film Way of the Dragon (1972) would be the first made by his own production company Concord Production Inc. where he would have complete creative control over his films. Lee would not only star in Way of the Dragon but would produce, write and direct it and choreograph all the fight scenes, the most famous of which was the most famous scene in Bruce Lee’s film career when he introduced the world to Chuck Norris in a Roman Colosseum during the final death match (Bruce Lee first met Chuck Norris at the karate tournament in Long Beach where he was a champion). 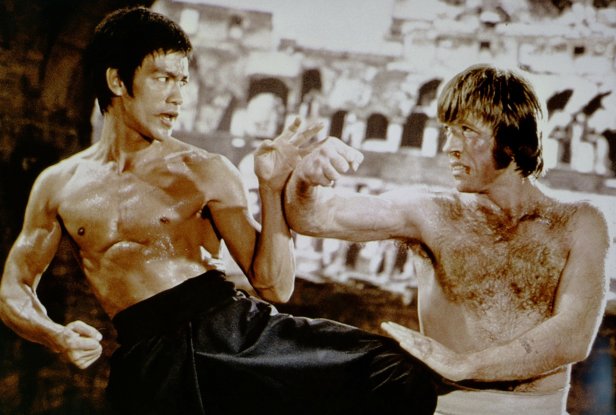 Bruce Lee was working on another film in Hong Kong called Game of Death but it went unfinished because during production, Hollywood called again and this time they asked him to do something he wanted to do: Enter the Dragon (1973) which was the first co-production between Warner Bros., Golden Harvest and Concord.

Enter the Dragon received rave reviews, many calling it one of the greatest martial arts films ever made and some critics even calling it the best film of 1973. Its pioneering combination of martial arts and blaxploitation led to a slew of copycats and it sparked a martial arts fad in Hollywood similar to what Star Wars was going to do for sci-fi a few years later. While the film was popular, it was also smart and featured resonant themes. It’s 93% fresh on Rotten Tomatoes and was even selected for preservation in the National Film Registry by the Library of Congress as culturally significant alongside all the classics like Casablanca and The Godfather.

Unfortunately in 1973, Bruce Lee died at the height of his career, six days before Enter the Dragon was released. First sign of trouble was when he collapsed during a dialogue replacement session at Golden Harvest in Hong Kong, suffering from seizures and headaches due to what doctors diagnosed as cerebral edema, an excess accumulation of fluid on the wrong side of the brain. The doctors succeeded at reducing the swelling at the hospital but Lee later died in his sleep at his apartment, the cause thought to be an allergic reaction to the painkiller he took for his headache that night. Some doctors say his stronger-than-average workaholic drive played a big role in his demise, although there have been multiple theories about what contributed to his death.

What’s more important is remembering his life, which included more than just fighting and acting. Lee was well-read and had a huge library of books on subjects including not just martial arts but philosophy. He even wrote poetry that was related to his philosophies. His famous quote “be formless…shapeless, like water” reflected what his poetic side was like accurately.

Also important to note Bruce Lee’s positive influence on Asians in Hollywood. I know he didn’t fix the problem (Sixteen Candles came out a decade later) and we’ve still got a long way to go before Asians get more roles that aren’t just martial arts movies even today, but the success of Bruce Lee’s films and the cultural icon status of Bruce Lee as a movie star was a huge leap forward after decades of whitewashing and stereotypes. This makes him not just a movie star and a skilled martial artist but an important figure in the history of pop culture. Although he definitely deserves all these titles. He reshaped our world view and proved Asian men were just as tough as white men.

Quentin Tarantino is known for some insane bullshit, but even Inglourious Basterds’ Hitler death was more realistic than Brad Pitt not getting clobbered by Bruce Lee.