The 1930s were a strange time for fantasy films. No one thought the public wanted them because they never sold well. On the contrary, no genre ever goes out of style if the right people are behind the camera. And up to the 1940s, there were hardly any fantasies in Hollywood worth watching that weren’t animated because special effects were still in their crude infancy and that tended to distract from the magic. Exceptions to the rule included the 1934 Laurel and Hardy vehicle Babes in Toyland, which was my favorite fantasy film of the thirties before The Wizard of Oz came out and changed the landscape. 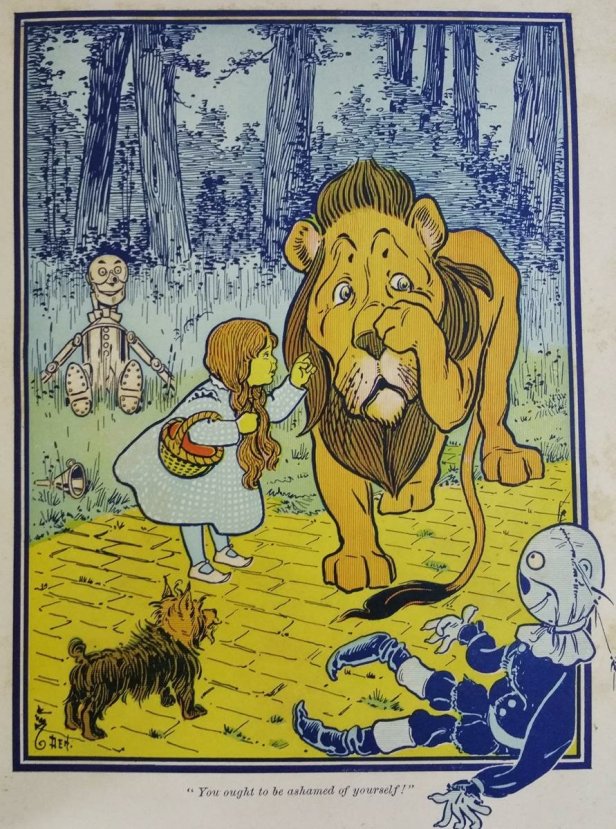 Based on the 1900 children’s novel The Wonderful Wizard of Oz by L. Frank Baum, here was a movie that was so well made and so smartly written that it captured my attention and transported me to the world in the film from start to finish. I would call a lot of movies masterpieces but it’s rare to watch something that is so captivating that there is literally not a single boring moment in the entire film.

Right away the movie does a good job pulling you in as the magnetic sincerity of Judy Garland’s performance as Dorothy Gale makes you care about her and Toto, the dog that Miss Almira Gulch (Margaret Hamilton) intends to euthanize. And when she sings “Over the Rainbow” she goes from being likable to capturing our hearts. Who doesn’t long to leave their farm in Kansas to go to a place where they can be happier?

This all happens before we even reach the land of Oz where the movie gets even better. They do a great job setting up the fantasy that awaits in the tornado sequence. She hits her head and falls unconscious so the cynical people in the audience know that a dream sequence has begun which makes the fantasy easier to sell. The house is lifted in the tornado. She literally looks out the window and sees Almira Gulch transform into the Wicked Witch of the West. The house is blown to Oz and in perhaps the most creative use of Technicolor to this day, she opens the door to literally leave her black & white existence behind and step into the first scenes of color in the movie.

We are already on her side by this point so the movie can do no wrong here. We are invested in her journey to Emerald City to ask the Wizard to help her get home and we are equally invested in the plight of the Scarecrow (Ray Bolger), the Tin Man (Jack Haley) and the Cowardly Lion (Bert Lahr) she meets along the way. Filmmakers take note. There is a very simple plot happening in this movie that is easy to follow. But the only way the audience will ever care about it is if the characters are genuinely empathetic. A brain, a heart and courage are things we can all relate to wanting after all.

The cast is perfection, the soundtrack is beautiful, the villain is genuinely scary and all the emotional beats in the story ring true thanks to Garland’s superb acting. The stars were in alignment when this movie was being made and that can be reflected in its popularity and endurance as a classic of American cinema.

It was not a huge financial success when it came out in 1939 but it received critical acclaim and was nominated for Best Picture at the Oscars, winning Best Original Song for “Over the Rainbow” and Best Original Score for Herbert Stothart’s composing. According to the Library of Congress, which selected it as one of the first films to be preserved in the National Film Registry in 1989, The Wizard of Oz is the most seen film in movie history. Not surprising as after it was re-released in 1949 and finally became a hit, its television rights were sold to CBS, which began airing it in 1956 annually and helped it become even more popular. Now it is an iconic film that has entered the lexicon of pop culture.

The story of its production began when Walt Disney’s animated masterpiece Snow White and the Seven Dwarfs became a huge surprise hit and Sam Goldwyn saw the potential in investing in a fantasy film aimed at family audiences. Soon Goldwyn bought the rights to L. Frank Baum’s novel.

Of course live-action fantasy films had done so poorly up to that point that the fantastic elements in earlier versions of the script were toned down. To the point where at one time the Scarecrow was literally a man who was employed to scare crows.

There were some big names in consideration for the starring roles in the film before we got the cast we know and love.

The role of Dorothy Gale was considered for Shirley Temple and Deanna Durbin before the more experienced Judy Garland landed the part.

Buddy Ebsen was initially cast as the Scarecrow and Ray Bolger was initially cast as the Tin Man, but Bolger wanted to play the Scarecrow badly because his childhood idol Fred Stone had also played the Scarecrow on stage in 1902. After convincing the producer his fluid performing style made no sense for the stiff Tin Man, Buddy Ebsen switched roles with Bolger and played the Tin Man instead, but Ebsen suffered an allergic reaction to the aluminum powder he wore for the Tin Man’s face and was forced to drop the role, eventually getting replaced by comedian and Vaudevillian Jack Haley. 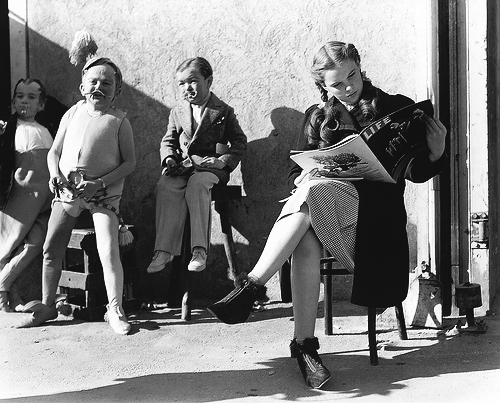 Several people were hired to shape the script, including director Victor Fleming and even producer Mervyn LeRoy’s assistant. Scenes were constantly being added and cut, even by the actors and the songwriters, which makes a concrete writing credit for the film hard to pin down, but the men who were credited for the screenplay were Florence Ryerson, Edgar Allan Woolf and their eventual replacement Noel Langley.

The film also went through several directors. George Cukor was never hired to direct but he gave his creative input to the project before he was hired to direct another big-budget MGM production called Gone with the Wind. Victor Fleming was eventually pinned down as the director of Oz with the intention of following Cukor’s vision which the producer was satisfied with, but Gone with the Wind was having production troubles and Fleming was asked to save that film while King Vidor helped finish Oz, mostly filming the Kansas sequences, including the scene where Garland sings “Over the Rainbow” and the tornado scene. Vidor chose not to take credit for these scenes until Fleming died in 1949.

When songwriters Edgar “Yip” Harburg (lyrics) and Harold Arlen (music) were hired, the script was refined further to cater to their songs, which included famous hits like “Ding-Dong! The Witch Is Dead,” “We’re Off to See the Wizard” and “If I Only Had a Brain.”

Some songs were cut for time, like a number called “The Jitterbug.” In an attempt to appeal to the youth of the thirties, the film initially included a scene in which a spoiled princess had outlawed all forms of music except for classical and operetta, but Dorothy enchanted the citizens of Oz with her swing style and overthrew the princess winning grand prize. It has no place in the finished film and it would have dragged the pacing so I’m glad it was cut, but it remains on some soundtrack albums and if you listen carefully you can hear the Wicked Witch make a reference to it in the finished film.

One of the songs that almost got cut was “Over the Rainbow” because it was believed that it made the Kansas sequences too long. There were other excuses such as the idea that seeing Judy Garland singing in a barn was too degrading (nonsense) and that kids might get bored during the song (who cares) but producer LeRoy and director Fleming rightfully fought to keep it in and won the argument. Singing that song was probably the most famous thing Judy Garland ever did so it was lucky for her that so many people working on the movie had faith in it.

The Wizard of Oz is a one-of-a-kind movie from a bygone era before computer animation made special effects look fake, before cynicism infested genre films and before musicals became old-fashioned. It was also a really entertaining film that was sophisticated enough for people of any age to enjoy. The closest thing we have to films like that today is Disney, but even many of their films could learn a lot from The Wizard of Oz.

What makes me sad as a film buff is that people wouldn’t dare make a film like Oz today because they think it would be too corny, but I wish they would attempt it. Oz endures as a classic because of its sincerity. That’s why all classic films last. They touch on your emotions. Those are always the films with everlasting appeal and films with everlasting appeal are always the best films.

One thought on “Can We Go Back to Oz?”