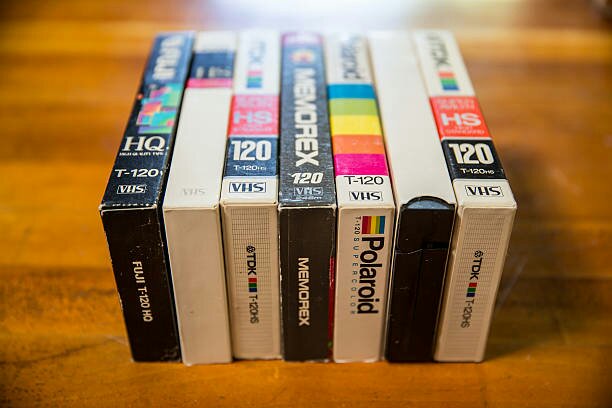 There were three huge innovations in the entertainment industry. The first was film, the second was television, and the third, which I’m going to talk about, was home video.

Without the videotape there would be no DVD, DVR, or Netflix. It was a revolutionary medium that gave television viewers more control over their content, but it was originally used primarily at television studios as an exclusively live medium. 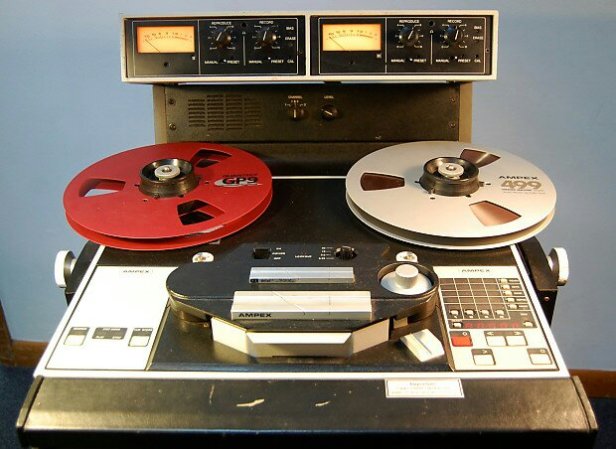 An American electronics company founded in 1944 called Ampex led the development of one of the first practical video tape recorders (VTR). In 1951, the first VTR captured live images from television cameras through the conversion of the camera’s electrical impulses to a magnetic video tape.

In 1956, video recorders were sold for $50,000 and videotapes went for $300 per one-hour reel. Prices gradually dropped until Sony began selling the first videocassette recorders (VCR) and tapes in 1971 to the consumer market. The Video Home System (VHS) tapes were by far the most popular, but Sony was not the company responsible for them.

When Kenjiro Takayanagi, TV broadcasting pioneer and vice president of Victor Company of Japan (JVC), saw the VTRs being sold in the U.S. for $50,000, he saw the need for this technology in Japan and decided to make it more affordable. After making VTRs throughout the 1960s, JVC collaborated with Sony and Matsuhita (then parent company of Panasonic but now known by that name) in building a video recording standard for Japanese consumers. Their format (U-matic) was successful in business and broadcast, but not in homes.

Afterwards, Sony and Matsuhita would break away from collaboration to start their own formats. Matsuhita would create the unsuccessful VX format, but Sony would have better luck with theirs: Betamax.

Meanwhile, JVC engineers Yuma Shiraishi and Shizuo Takano put together a team to develop a consumer-friendly VTR. An internal diagram called the “VHS Development Matrix” outlined their goals, which included compatibility with any ordinary television set, picture quality that matched the look of normal air broadcasting, and a recording capacity of at least two hours. 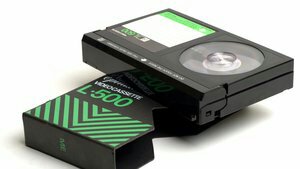 Shiraishi and Takano worked hard on a functional prototype in 1973, but in 1974, the Japanese Ministry of International Trade and Industry (MITI) wanted to avoid consumer confusion so they attempted to force the Japanese video industry to adopt a single format. Sony persuaded MITI to adopt Betamax as the standard and let Sony license the technology to other companies, but JVC believed an open standard was better for consumers and teamed up with Japan’s largest electronics manufacturer at the time, Matsuhita, to develop VHS to compete with Sony and MITI. Matsuhita thought Sony’s Betamax was inferior so they backed VHS, which led to Hitachi, Mitubishi and Sharp backing VHS, and eventually even MITI sided with JVC.

VHS was released in 1976 in Japan and 1977 in the United States, and the release of both Betamax and VHS, which were both popular, led to a heavily publicized format war between these two brands, but VHS eventually won. In 1980, VHS dominated 60% of the American market. Betamax became available earlier, was more compact and had better picture quality, but its biggest Achilles heal was its short hour-long recording capacity. Plus it had a more complex tape transporting mechanism and slower fast-forwarding and rewinding speed than VHS. 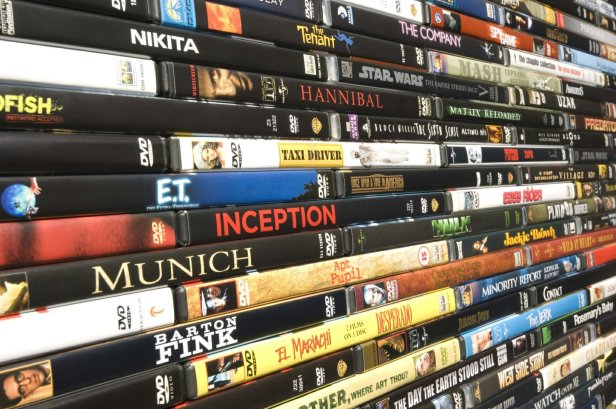 The evolution of digital techniques in technological development led to a digital video format in the seventies, which had higher quality and was eventually cheaper to make than analog technology.

The LaserDisc format was sold and marketed in North America in 1978 as MCA DiscoVision and was the first optical disc on the market, laying the foundation for CDs and DVDs, but it was mostly unpopular for its high price and inability to record TV programs, although it caught on in the nineties in Europe, Asia and Australia more than it did in America, where videophiles and film nerds were its main buyers.

The more popular DVD format was developed in 1995 by Panasonic, Philips, Sony and Toshiba, and were the size of CDs. It was introduced to the market in 1997 and became more popular than VHS, first outselling it in 2008. 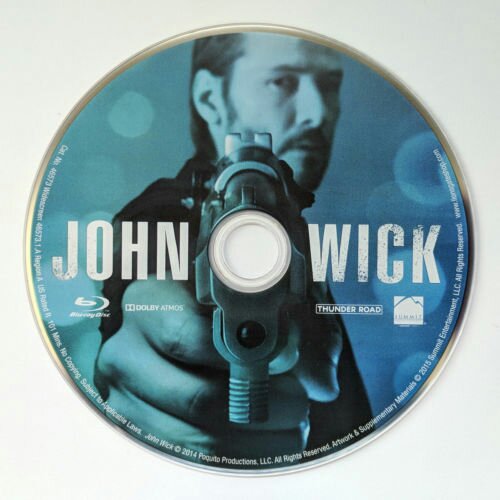 The last major format to come along is Blu-ray. The term “Blu-ray” refers to the blue laser used to read the disc which allows greater information storage than the longer wavelength red laser used to read DVDs. Blu-ray discs can store longer hours of video in high-definition (720p and 1080p) and ultra high-definition resolution (2160p), but are slow to replace DVDs due to the satisfaction consumers still have with that format. In fact, one of the annoying things about Blu-ray players that confuses many consumers are the firmware updates that require an internet connection to perform, making certain discs unplayable until doing so.

At the same time Blu-ray was introduced, another potential player, HD DVD, came along, but Blu-ray overtook them in 2008. 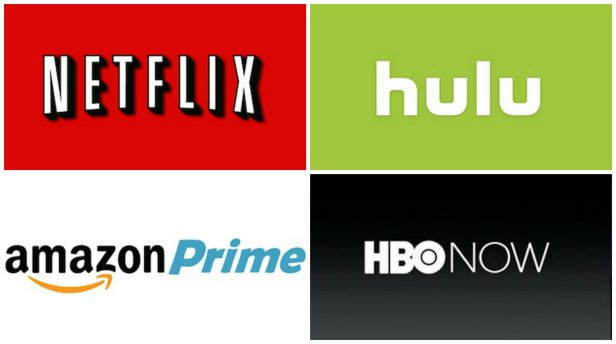 These days, both DVD and Blu-ray are facing competition from video on demand and streaming services, which have overtaken the sales of DVDs and Blu-rays for the first time in 2017. The next new format may not have a physical form.

As for the format that started it all, videotape and recording equipment sales have plummeted in the 21st century, a time when personal computers and smartphones started being able to do anything we could ever hope to do with recording technology.

There is a term for technology that has become outdated but has paved the way for modern technology, and that term is “legacy technology.” Analog technology is currently in the process of becoming that, but let us not forget the format that first gave us control over our content. It was an exciting idea that hasn’t lost its appeal since the seventies. As video games, personal computers, and Netflix have taught us, people like to be in control of their entertainment. 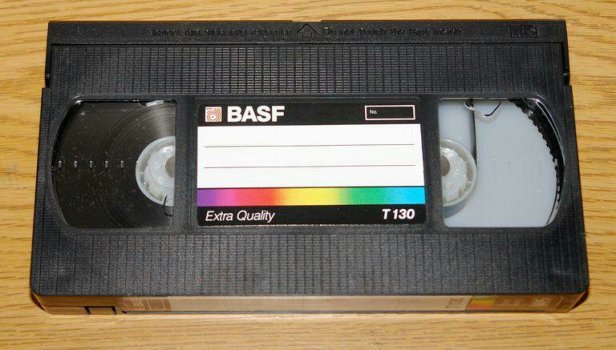 One thought on “The Evolution of the Video”