Sonic the Hedgehog is one of the most popular characters in the world and he has a unique history because his entire existence initially revolved around the idea of Sega wanting a rival to Nintendo’s Mario, but thankfully the developers at Sonic Team were smart enough to create something that was more than just a contrast to Mario but also a fun and original platformer that has become a classic in its own right, in addition to being the first game to give Nintendo real competition since Super Mario Bros. was released.

Sonic’s first video game was the side-scrolling platformer Sonic the Hedgehog released for the Sega Genesis in 1991.

The plot involved a mad scientist named Dr. Eggman (Dr. Robotnik in America) who harnesses the power of six mystical gems called the Chaos Emeralds to power his machinery and weaponry and trap the animal inhabitants of South Island in the bodies of his army of robots. You play as a hedgehog with super speed named Sonic and your goal is to defeat Eggman, free the animals and save the island. 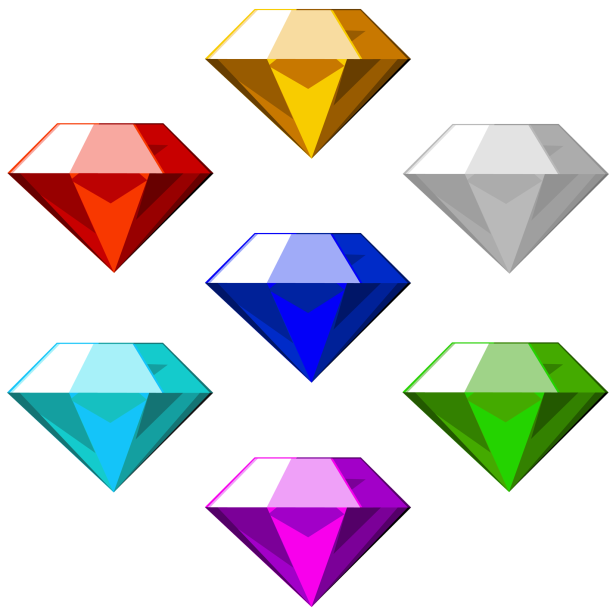 Sonic navigates six main zones in this game, each divided by two areas or “acts” (Act 1 and Act 2) before facing off with Eggman in a battle at the end of each zone. 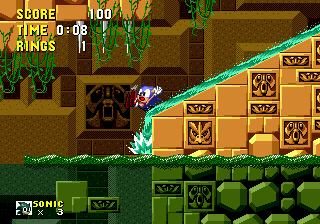 As you control Sonic, you must avoid damage from environmental hazards and enemies, most of which you can defeat simply by rolling into them. Rings are scattered throughout the game. You must be in possession of at least one ring at all times to avoid losing your life when receiving damage. If you get hurt while holding no rings, you lose one of your lives and must start the act over either from the beginning or from the midway save point.

The rings can also be used to teleport into a “special stage” if you reach the end of an act while holding at least 50 rings. The special bonus stages consist of a maze you must navigate to find a hidden Chaos Emerald. You can beat the game without obtaining the six Emeralds hidden in each of the six zones, but if you collect all the Chaos Emeralds, you will see the true ending of the game after defeating Eggman. 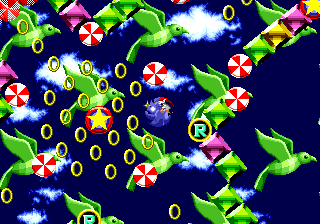 The origin of the game can be traced back to Nintendo’s dominance in the video game industry in the late 1980s. Because Nintendo had such enormous success with Mario, other game companies tried creating their own games (and mascots) to rival Mario. No one was successful at matching Nintendo’s popularity in this period until Sega came along.

In 1988, Sega of Japan began an in-house competition between the company’s programmers and designers to create a new video game character (preferably someone less Mario-like than Sega’s earlier attempt at a mascot Alex Kidd of Alex Kidd in Miracle World for Sega Master System) and every animal from a rabbit to a kangaroo to a squirrel to an armadillo was pitched before landing on a hedgehog, which could roll into a ball like an armadillo but with a spiky exterior that the development team saw as a potentially good feature for a playable video game hero. 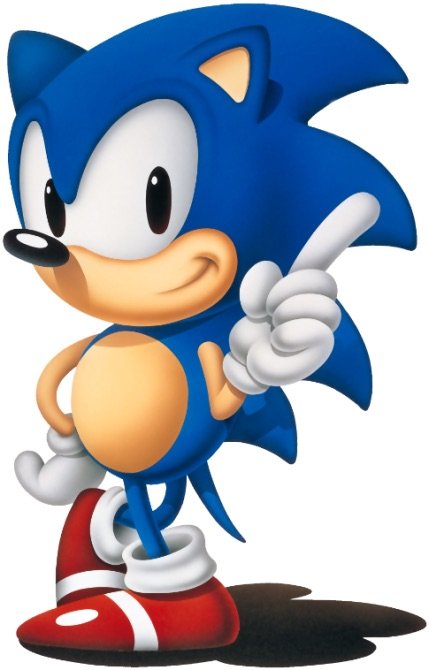 Artist Naoto Ohshima designed the character who was originally called Mr. Hedgehog as well as his nemesis Dr. Eggman. Sonic’s fur was originally teal, than light blue, than dark blue so as not to clash with the background colors too much (it also might not be a coincidence that the dark blue color of Sonic’s fur matched the dark blue color of the Sega logo). Ohshima based Sonic’s face on Felix the Cat, his body on Mickey Mouse, his buckled shoes on Michael Jackson and the color scheme of his shoes on Santa Claus (Eggman’s mustachioed facial features were inspired by U.S. president Teddy Roosevelt). All these influences were from some of the most famous people in pop culture and Sega very deliberately wanted Sonic to be a famous and iconic character in America who could rival Mario in popularity so this was intentional. Elements proposed by Sega such as making Sonic a rock star with a girlfriend named Madonna felt more like concepts for an animated series than a video game and were scrapped but they give you an idea of what Sega was going for.

Programmer Yuji Naka, who Sega had been impressed with for his work on Phantasy Zone and the Genesis port of Capcom’s Ghouls ‘n Ghosts, was hired to direct Sonic’s first game. Oshima and Naka were initially the only developers on the project but they were soon joined by others as they were needed, including designer Hirokazu Yasuhara who helped design the gameplay and stages and came up with the idea for Sonic to cause damage to enemies at the same time he jumps to simplify the controls.

Yuji Naka looked up to Mario creator Shigeru Miyamoto as a brilliant game designer but Naka’s main goal with Sonic was to make a game that was more fast-paced and action-oriented than a typical Mario game. In fact, Sonic the Hedgehog had the fastest animation of any video game at the time, which took a lot of trial and error due to initially slow frame rates and a lot of graphical flickering, leading Naka to develop a more fluid algorithm via software upgrades.

After the game was designed, the background music was added courtesy of bassist and songwriter Masato Nakamura of J-pop band Dreams Come True, who did a great job with some catchy and charming tunes for each zone.

Sega of America packaged Sonic the Hedgehog with Genesis consoles starting in 1991 and anyone who owned a Genesis before Sonic was released could request a free copy by mail. And a great number of kids actually preferred Sonic’s play style to Mario’s and it was starting to look like Sega had a success on their hands. It was an incredibly fast-paced and fun game that received much praise from critics and helped propel Sega as a major player in the video game industry, leading to a famous rivalry between Nintendo and Sega that was emphasized in Sega’s ad campaign which pushed the idea that Sonic and Sega were cooler than Mario and Nintendo, and it was particularly effective marketing in America. And Sonic the Hedgehog was such a big commercial success that the character would become Sega’s official mascot and the game would achieve everything Sega hoped it would, outselling Super Mario World in the nineties.

Sonic returned to the side-scrolling platformer genre on Game Boy Advance with Sonic Advance (2001) and its two sequels which introduced the character of Cream the Rabbit and her Chao sidekick Cheese, the Nintendo DS game Sonic Rush (2005) which introduced Blaze the Cat and its sequel Sonic Rush Adventure (2007), plus Sonic the Hedgehog 4 (2010) and Sonic Mania (2017). 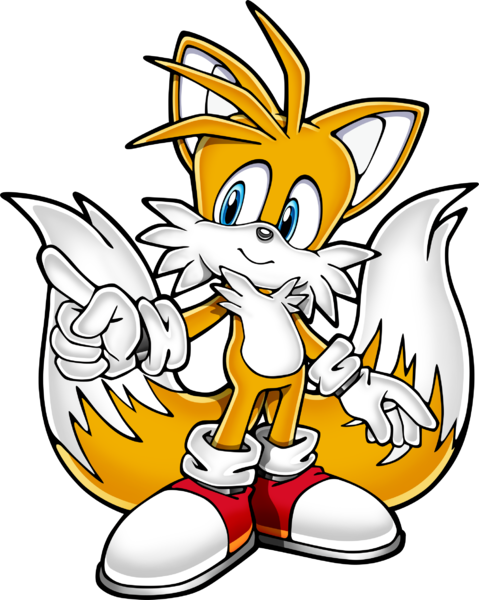 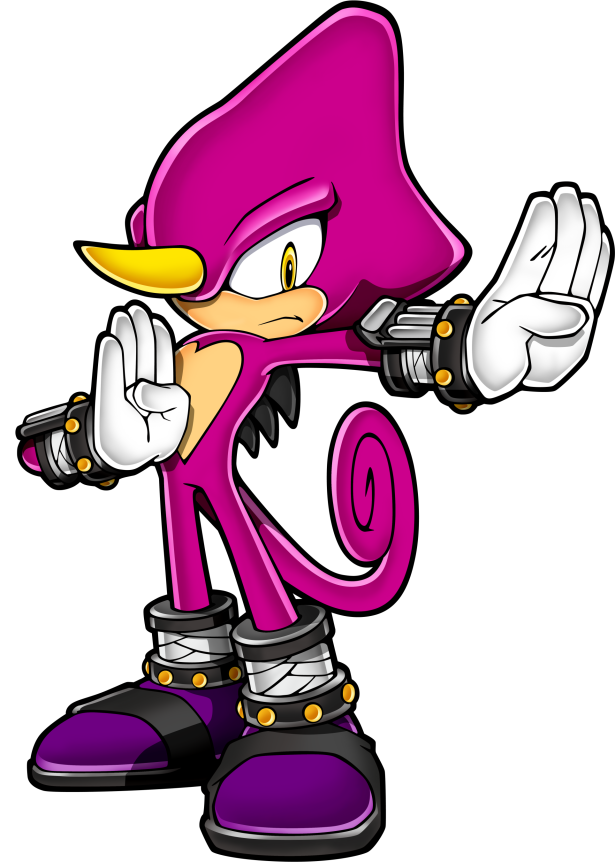 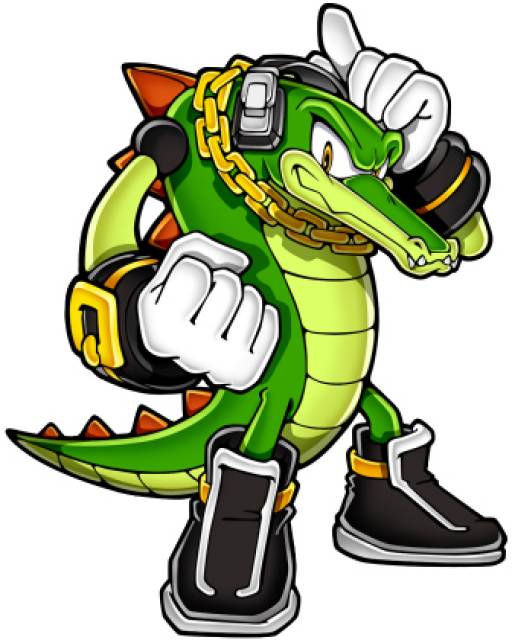 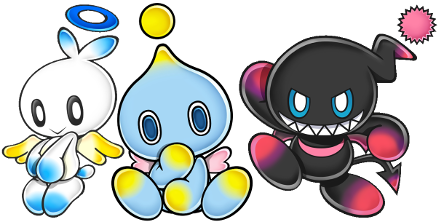 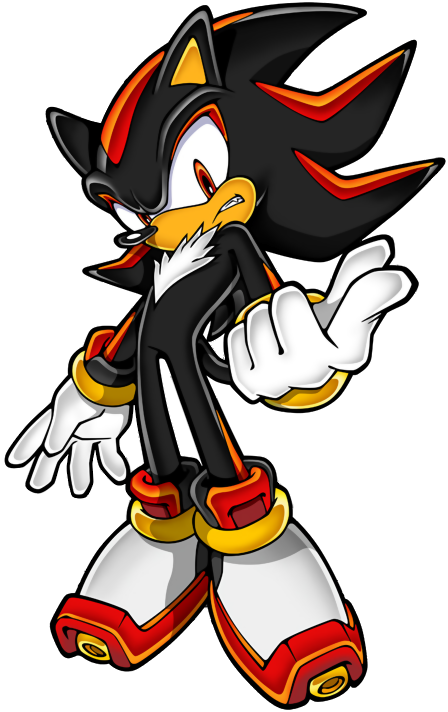 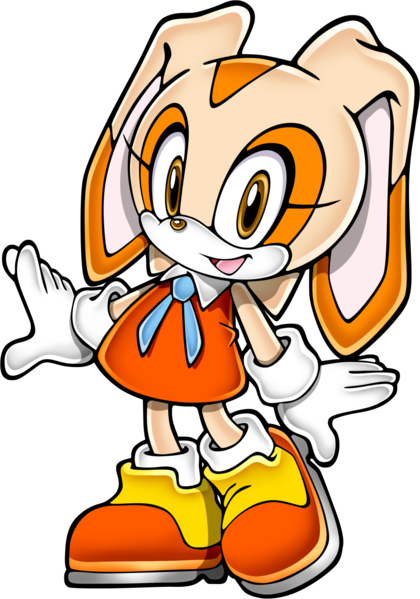 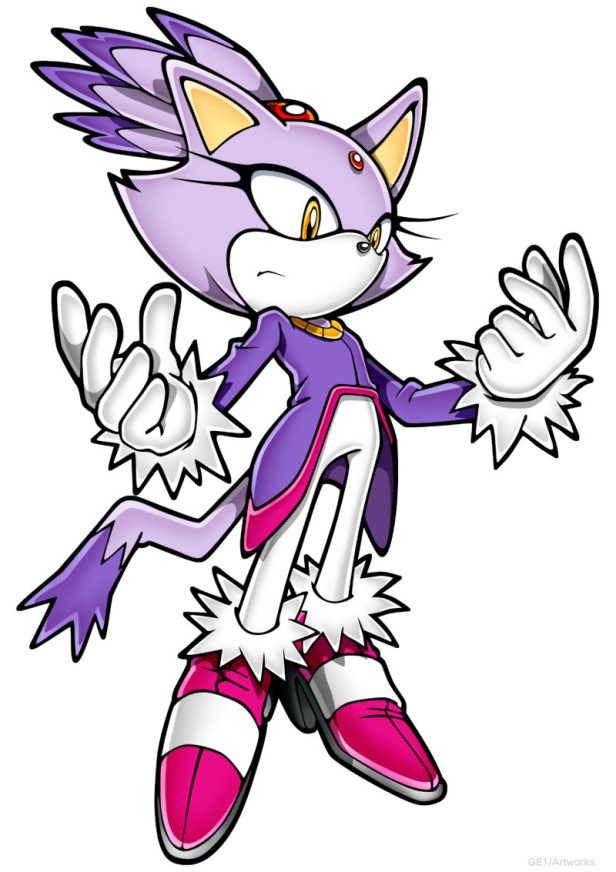 Outside the video games, Sonic had a long-running comic book series published by Archie Comics from 1993 to 2017 which lasted 290 issues.

The anime series Sonic X (2003-06) gained popularity Saturday mornings on FOX in America, the CG-animated series Sonic Boom (2014-17) aired on Cartoon Network and later Boomerang, and Netflix is working on Sonic Prime which is scheduled to air in 2022. In addition there was a Japanese 2-episode Original Video Animation (OVA) that was released in 1996. 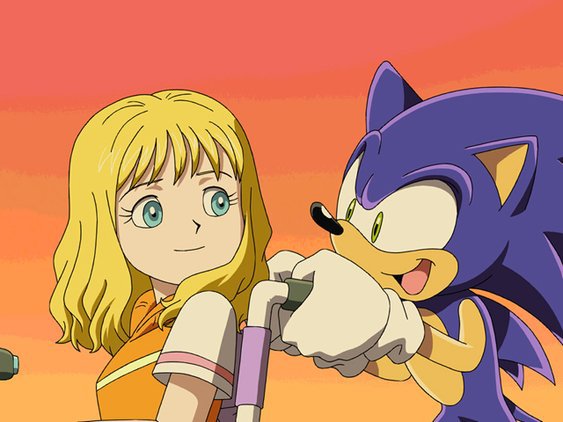 The adaptations vary in quality and so do many of the video games for that matter, but the first few games for the Sega Genesis that started it all were masterpieces of game design that are still fun and challenging to this day. But only if you are a fan of playing games that are fast. I am not surprised by the appeal of the Genesis games because I admit they are cool, but I could never beat them today. Sonic fans in the nineties may not have had the patience for Mario but I don’t have the patience for constantly dying by running into things I am too slow to avoid!

Although I won’t say I like Mario more than Sonic because I refuse to participate in pointless competition. I love Nintendo and I definitely would have said Mario had the better games when I was a kid, but I love Mario games like Super Mario Bros. 3, Super Mario World, Super Mario 64 and Super Mario Odyssey and I also love Sonic games like Sonic the Hedgehog, Sonic the Hedgehog 2, Sonic Adventure and Sonic Mania. Why pit them against each other when I can just enjoy the fact that apples and oranges both exist? They are both fun and that’s all that matters.

Although I will say that I ultimately think it was a good thing that Sega was adamant about besting Nintendo. Nintendo really had a monopolized grip on the industry until Sonic came along. Someone had to show Nintendo they weren’t the only game in town. And Sega very likely paved the way for Sony and Microsoft to have the confidence to come out with the PlayStation and the Xbox. That was all thanks to Sonic.