It can’t be stressed enough how big a deal Ed Sullivan was to the world of show business. His variety series The Ed Sullivan Show which aired on television from 1948 to 1971 was the greatest beacon for talent long before the existence of YouTube, Netflix, HBO, MTV and even The Tonight Show. During The Ed Sullivan Show‘s run, the stage in Sullivan’s theater featured opera, ballet, circus acts, puppetry, stand-up comedy, orchestras, rock bands, Broadway musicals and more broadcast live in front of America often times shining a spotlight on unknown talent from across the world. For many people in Hollywood, being on Ed Sullivan’s show was a major goal because it was a world stage.

Though Ed Sullivan had a good eye for talent, the man himself was actually pretty ordinary and possessed little charisma or personality, as many comedians who loved to roast him would often point out (sometimes on the show to his face). He would even mispronounce your name sometimes and he would often look completely stiff and unnatural on stage. So his rise to power as the biggest MC in Hollywood was somewhat extraordinary, and it happened by accident.

Ed Sullivan was born in the neighborhood of Harlem in Upper Manhattan in 1901, growing up in a family whose prized possession was a phonograph, meaning young Ed Sullivan was exposed to a variety of talented people even as a kid thanks to the music records that received heavy play in his household.

Sullivan played baseball while he was in school, playing as a catcher and later becoming a team captain who led his team to several championship victories, and his first job while still in high school was for local newspaper the Port Chester Daily as a sports writer, later becoming a sports reporter for the New York Evening Mail as an adult until that paper closed in 1923, forcing Sullivan to hop from paper to paper, including at one point the Pulitzer Prize-winning Associated Press.

Sullivan followed in Winchell’s footsteps and did radio broadcasts on show business news in addition to his newspaper column, but Sullivan really started horning in on Winchell’s turf when he entered show business himself co-writing and starring in the 1933 comedy film Mr. Broadway which featured appearances from several celebrities like Jack Benny, Ernst Lubitsch, Bert Lahr, Jack Haley, Ruth Etting and Jack Dempsey among others. Furthermore, Winchell’s seat of power at Manhattan nightclub the Stork Club was being overshadowed by Ed Sullivan’s presence in another Manhattan nightclub called the El Morocco. Both clubs were common hangouts for rich and famous people in the 1930s and 1940s but Sullivan outlasted Winchell in popularity.

Ed Sullivan produced Vaudeville shows and appeared as the master of ceremonies while writing as a newspaper columnist and in 1941, CBS hired him as host of Summer Silver Theater, a radio variety program with a guest star featured every week. It was popular enough to last from 1937 to 1947, but Ed Sullivan’s greatest claim to fame came in 1948 when CBS hired him to host a televised variety show that was then known as Toast of the Town.

In its debut episode which aired in June 20, 1948, the comedy duo of Dean Martin and Jerry Lewis performed with singer Monica Lewis and Broadway composers Richard Rodgers and Oscar Hammerstein II who were then previewing the score to their new show South Pacific which opened on Broadway the following year.

The show was extremely popular in the 1950s and it aired every Sunday night from 8pm to 9pm Eastern Time on CBS until 1971, one of the few television programs to run in the same weekly time slot for over two decades. Toast of the Town was its official name for years but everyone who talked about it called it the “Ed Sullivan show” and that became its official name in 1955.

The show was originally broadcast live at the Maxine Elliott Theatre on Broadway and 39th in Manhattan before moving to CBS-TV Studio 50, which became renamed the Ed Sullivan Theater in 1968 on the show’s 20th anniversary and has since been used as a venue for live and taped CBS broadcasts. Most prominently The Late Show ever since David Letterman started hosting in 1993. At this point, the building is considered a New York City landmark. 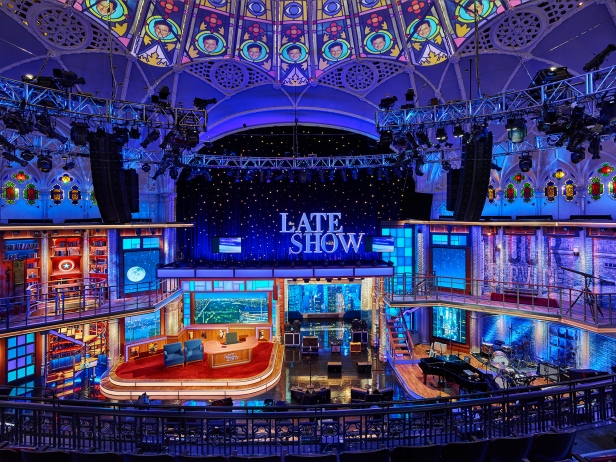 Because there were so few programs on television in the 1950s and 1960s compared to today, The Ed Sullivan Show became a cultural event watched by everyone in America which meant that it was the show where many people first became introduced to Elvis Presley, The Beatles, The Jackson 5, The Supremes, The Beach Boys, Stevie Wonder, The Rolling Stones, Dionne Warwick, Barbra Steisand, Itzhak Perlman, the Muppets, Mel Brooks, Phyllis Diller, Moms Mabley, Stiller and Meara, Alan King, Jackie Mason, Rodney Dangerfield, George Carlin, Joan Rivers, Italian puppet Topo Gigio and countless others.

The show would also showcase ensemble performances from Broadway musicals like Show Boat, Oklahoma!, My Fair Lady, West Side Story, Oliver! and of course Bye, Bye Birdie (anyone who has ever watched Bye, Bye Birdie will know why I say “of course”). These Broadway show performances are some of the oldest recorded since things like the Tony Awards broadcast and Great Performances did not exist yet.

The Muppets appeared so many times on The Ed Sullivan Show that it likely led to their starring roles on Sesame Street, Saturday Night Live and The Muppet Show. Jim Henson performed 25 times between 1966 and 1971, often alongside Frank Oz and Jerry Nelson. That “Mah Ná Mah Ná” routine first entered the zeitgeist here.

The Supremes, who Ed Sullivan affectionately referred to as “The Girls” were favorites of Sullivan’s appearing on the program 14 times, and this was at a time when there were few opportunities for black artists, but Sullivan grew up in multicultural New York and he simply found it absurd to treat black performers as if they were inferior to white performers when his eye for talent saw that there was no reason to do so. This meant ignoring a lot of criticism from Southern sponsors but by Sullivan’s account, this didn’t cause a lot of trouble for the show among Southern television viewers.

This was a great instinct as inviting black artists like Fats Domino who was the first musician to sell more than a million copies of a rock and roll single and who was famous for songs like “Blueberry Hill” meant Ed Sullivan was always on the cutting edge of what was hip from the 1940s to the early 1960s. And it meant shining a spotlight on talented musicians like Sammy Davis Jr., Louis Armstrong, Cab Calloway, Ray Charles, Stevie Wonder and Harry Belafonte and black comedians like Moms Mabley, Flip Wilson, Dick Gregory, Bill Cosby and Richard Pryor. 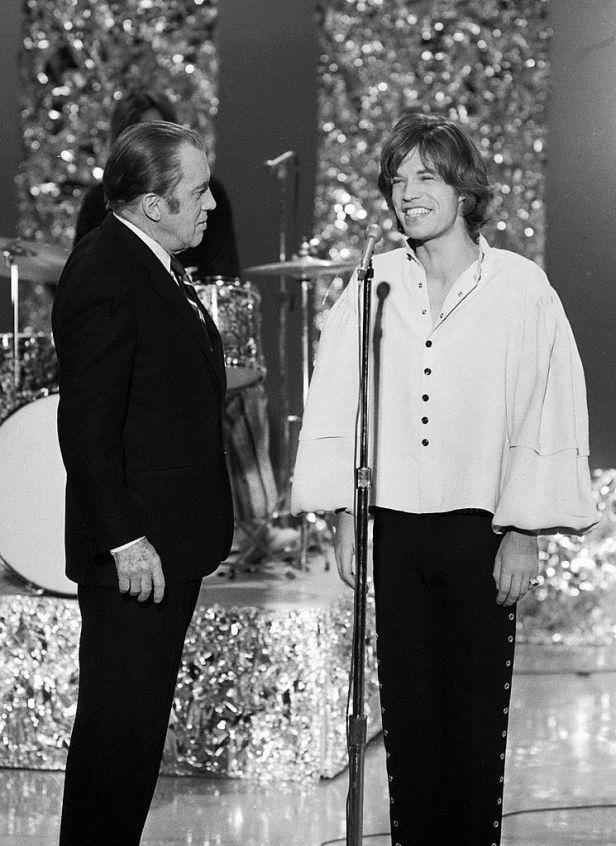 The Ed Sullivan Show lasted until March 28, 1971 when the final episode aired. It was appealing to a demographic that was getting older and older as time went on so CBS purged it. In fact the early seventies were a transitional moment for television thanks in large part to the 1970 Prime Time Access Rule introduced by the Federal Communications Commission (FCC) which restricted the amount of network programming a local television station was allowed to air during Prime Time, but this also gave networks an excuse to purge much of their once popular but now culturally irrelevant programs like the variety series The Ed Sullivan Show and The Lawrence Welk Show and sitcoms like Hogan’s Heroes, Bewitched, I Dream of Jeannie, The Beverly Hillbillies, Green Acres and Petticoat Junction, thus making room for television to simultaneously mature and appeal more to baby boomers (and younger) in the seventies with things like All in the Family, Saturday Night Live and HBO.

Up until that point in the seventies when television tried to be more hip, there were signs that Ed Sullivan’s show was losing touch with viewers in the counterculture era. Sullivan would tell some rock bands to change their lyrics if he thought they were too controversial, such as when he told The Doors to change the lyrics in the song “Light My Fire” from “Girl, we couldn’t get much higher” to something else. The Doors sang the song unchanged on live television so it was impossible to edit. Sullivan had a very controlling nature about what was or wasn’t allowed on his program so he wasn’t happy about the incident but he later relented on allowing drug references in his stage acts’ performances, but the fact that Sullivan was telling people like The Doors and The Rolling Stones what to do when their lyrics are part of what made them popular in the first place inevitably made Sullivan start to seem old-fashioned.

Still this doesn’t lessen the show’s cultural impact. For a long time, The Ed Sullivan Show truly was the toast of the town. Appealing to Americans everywhere by highlighting talent you had never seen anywhere, whether it was a person who sang, danced, juggled, spun plates or told jokes. While Vaudeville’s popularity declined in the radio era, this show was a bastion for the format. The closest thing we have to this now is the NBC competition reality show America’s Got Talent, but before that show existed, the world stage was Sunday night on CBS. 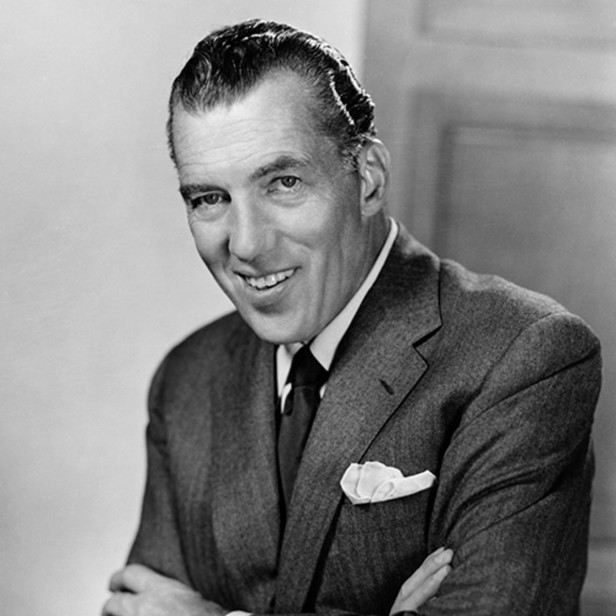