This segment depicts Mickey Mouse as the apprentice of a sorcerer who is tired of doing chores and waits for his master to retire for the night so that he can borrow the sorcerer’s hat and use magic to command a broom to do his chores for him while he takes a nap, but when he wakes up, he finds things with the enchanted broom have gotten out of control.

When people ask me what my favorite segment in Fantasia is, The Sorcerer’s Apprentice is easily my favorite. Despite my love for every other segment, many of which are masterpieces, it’s not even close. My favorite Mickey Mouse cartoon is The Band Concert but Fantasia is honestly my real favorite Mickey Mouse film. This entire segment is masterfully animated and tells a clear story with an empathetic lead character plus real suspense, drama and humor. Even the art direction is creative with its use of expressionism, shadows, lighting and black & white. 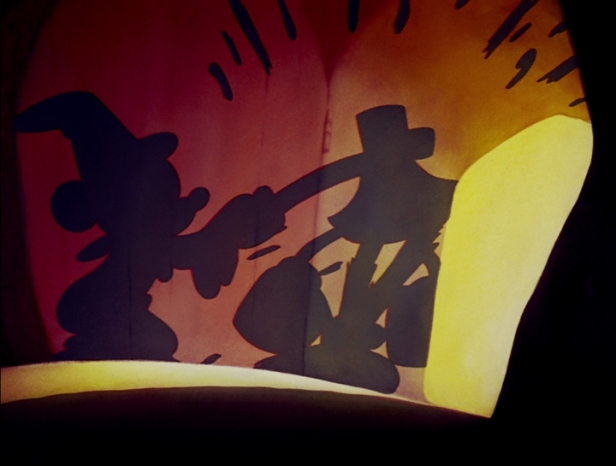 It started out as the concept for a potential Silly Symphony. In the 1930s, Walt Disney was most famous for Mickey Mouse and the Silly Symphonies, and The Sorcerer’s Apprentice was going to be the ultimate combination of those two series.

At various points, there was a chance that Mickey Mouse would not even appear in the film. Stokowski, who respected Walt, politely suggested they use a different all new character instead of Mickey because the public’s familiarity with Mickey Mouse might prevent them from projecting themselves onto his experience in the film (there was also talk of making the pantomime character Dopey from Snow White and the Seven Dwarfs the sorcerer’s apprentice) but Walt simply saw Mickey Mouse as the perfect character for the story.

It’s not difficult to understand Walt’s attachment to Mickey. Mickey Mouse was a huge celebrity at this time and he was becoming Disney’s mascot, but Walt is also the personification of Mickey Mouse. Walt and Mickey are very much one and the same.

Walt’s influence can be felt all over this segment. He always emphasized using personality to bring animated characters to life and Mickey is full of personality in The Sorcerer’s Apprentice. You can feel his mood and understand what he is thinking in every single moment, from his joy to his exasperation to his desperation to his fear to his pure delight in showing off his power over the elements as he dreams of conducting the wind, the waves and the thunder as an all powerful wizard (Walt may have been projecting).

The animation was supervised by two of Disney’s best animators Fred Moore and Bill Tytla. Fred Moore redesigned Mickey for this segment, giving him pupils and establishing what has become his most famous look. Bill Tytla animated the sorcerer Yen Sid. The talented team of animators they had at their command includes Preston Blair, Ed Love, Les Clark who animated Mickey casting a spell on the broom and Ugo D’orsi who did some great water effects animation.

To this day I think The Sorcerer’s Apprentice is the best showcase for Mickey Mouse as a character, but more than that, it is a masterpiece inside or outside the context of Fantasia and it demonstrates Disney’s talent for great story, great characters and great animation just as well as Snow White and the Seven Dwarfs, Pinocchio, Dumbo and Bambi. 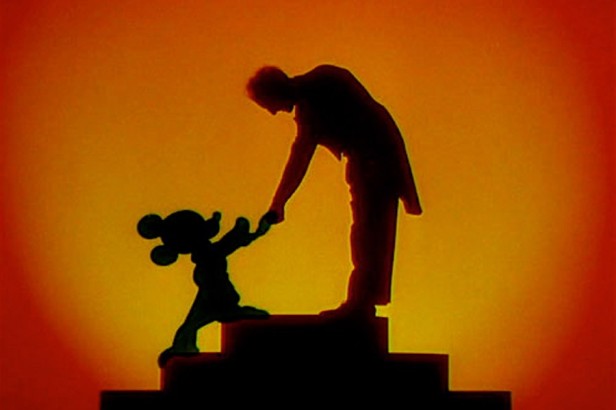