When you write a blog dedicated to the history of entertainment, you often look at the world of entertainment through the lens of a historical context. For example, when I wrote about how much I loved Spider-Man: Into the Spider-Verse, I didn’t just call it a masterpiece. I compared it to when the animated film Yellow Submarine was released in the sixties. That’s just the way my mind works. And when you are talking about historic moments, the year 2020 is an appropriate benchmark. Maybe more important than we realize depending on how the film industry recovers from the COVID-19 pandemic.

Before 2020, whenever I heard the word “pandemic,” either two events came to my mind: the Black Death (aka the Plague), the most deadly pandemic in human history which mostly ravaged Europe from 1347 to 1351, or the more recent Spanish Flu which infected the world from 1918 to 1920. But I can’t imagine hearing the word and not thinking of the year we are currently living in right now for the rest of my life. We are living in such historical times that we have defined the word “pandemic” for decades to come. 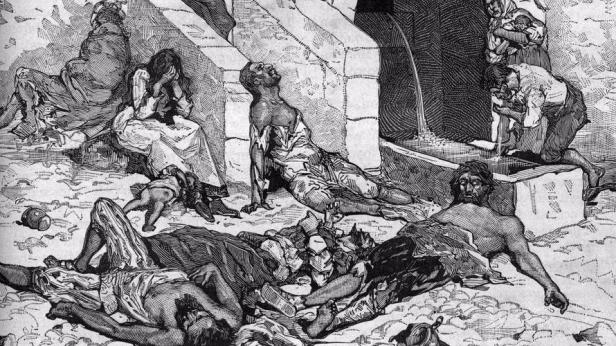 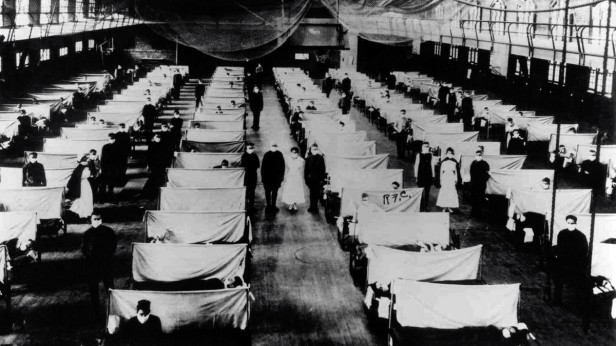 The good news is that COVID-19 will eventually end. We had less advanced medicine during the Spanish Flu and that pandemic slowed down after a year and a half, which makes me think realistically the coronavirus will be less pervasive by 2022. Dr. Anthony Fauci, one of the world’s leading experts on infectious diseases, supports this prediction and he said that it’s likely to come true as long as everyone continues to maintain the safety measures of wearing masks and distancing into 2021.

So I am not worried about the pandemic lasting forever. But I am a little bit worried about the film industry. The big question I am asking myself: are movies going to return to normal after this pandemic, or is the industry going to be changed radically by this?

The film industry went through something similar during the Spanish Flu. In 1918, the silent film industry was booming with 20,000 theaters across America distributing motion pictures when the flu hit. Some theater owners like Sid Grauman of Chinese Theater fame scoffed at the threat of the H1N1 influenza virus but Los Angeles was a major hub for entertainment and even that city closed all theaters and amusement vicinities in response to the disease by October 1918.

Just like in 2020, many film productions halted and various celebrities like Mary Pickford, the sisters Lillian Gish and Dorothy Gish, Olive Thomas and Harold Lockwood contracted the flu (Lockwood died at the age of 31 as a result).

Thankfully by early spring of 1919 the pandemic slowed, and the film industry was saved by the money rush of the Roaring Twenties and all of Hollywood’s setbacks were temporary and became a footnote by next decade. The next time a pandemic would be as deadly was when COVID-19 began to spread in 2019.

The film industry was still in its infancy in the 1910s and was constantly evolving to figure out what it was, and strangely we have gone back to this level of uncertainty. Hollywood is still trying to figure out how to make the most profit with their products right now and different studios are trying different things. Warner Bros. released Tenet into mostly empty theaters while Universal released Trolls World Tour and The King of Staten Island straight into people’s homes via streaming (although WB released Scoob! straight to streaming as well and their plans for Wonder Woman 1984 remain unknown).

Disney in particular has started taking advantage of the convenience of their recent success with the streaming service Disney+ first by releasing earlier films like Frozen II and Onward on the service earlier than usual and then by releasing the long-delayed Mulan (which actually had its premiere in March but kept getting its wide release delayed) on Disney+ in September for a $30 “premier access” fee, but even Disney seems to be winging it because when that move proved less fruitful than they had hoped, they decided to release the Pixar film Soul on the service on Christmas for free to Disney+ subscribers with no extra charge, and this was shortly after one of Disney’s investors urged the company to put more money into its streaming service as a way to compete with Netflix and make more profit after the company lost billions of dollars in revenue from the closing of their theme park Disneyland. 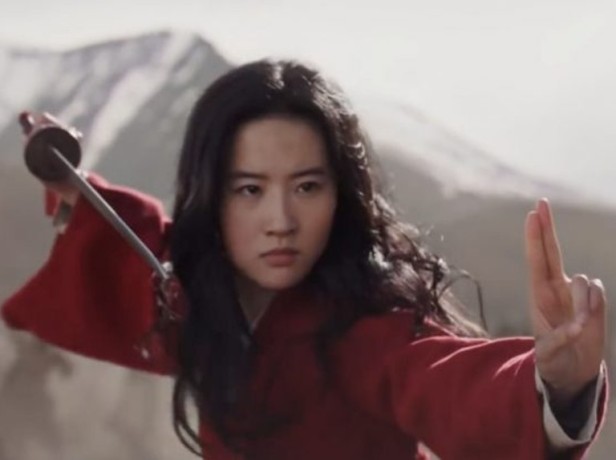 Other film studios have simply delayed the releases of their films and many of them have been pushed into 2021. But what will happen when we get closer to the releases of those films and the pandemic has not subsided yet? As this blog is being written, March 2021 is currently scheduled to be the month when delayed 2020 films Ghostbusters: Afterlife, Tom and Jerry, Raya and the Last Dragon and Morbius are set to be released in theaters, but if the pandemic persists into that month, those movies will either be delayed further or released on the web.

While I am certain these movies will be released eventually in some form and I am optimistically hopeful that things will go back to normal in a couple of years, the sad reality is that movie theater companies like AMC and Regal are businesses, and if businesses are not making revenues they go bankrupt. And if cinema houses go bankrupt, will they be able to recover by the time the pandemic ends? I don’t like to make bold predictions given the lack of certainty we are facing about the state of the world, but as a cinephile I can’t help but worry.

While streaming services and drive-in theaters have increased in popularity, global box office intake in general is down by billions of dollars and film festivals, awards shows and conventions have either been cancelled, been post-poned or gone virtual. It’s not so much the entertainment I am worried about as the entertainment venues.

Especially the movie theaters. Nothing is better than experiencing a movie in a room full of strangers. Laughing at a comedy, cheering when the Star Wars logo blasts onto the screen and crying when your favorite character dies are all things that feel a lot less profound when you are doing it alone in front of your computer screen. The silver screen experience is something I want to survive and thrive. I’m not trying to be an alarmist but I’m just letting people know that even if the idea of movie theaters disappearing is unlikely (and it is) it is not impossible, especially if it eventually proves more financially risky than releasing films on demand.

But here’s the thing: just because I love theaters, that doesn’t mean I am against releasing films on streaming services. I do not see this moment as a competition between theaters and streaming. We all know that movie theaters are going to stay empty for the foreseeable future and the only realistic way for the film industry to thrive while theaters are empty is to release them somewhere else. Would anyone really be happy if Netflix, Disney+ and Prime Video didn’t exist right now? These streaming services are not the enemies of cinema. They are the last bastions of distribution when movie theaters hypothetically disappear. If every movie theater in the world went away right now, movies would all get released on the web. So I see them more as torchbearers than competition.

Not that I’m naive about streaming’s slow invasion of the entertainment world and how it has already eclipsed DVDs as the dominant home-viewing format. I just don’t like the idea of blaming streaming services for the demise of theaters when the virus is the real enemy and streaming is the most safe alternative for content distribution. I know Christopher Nolan would disagree, but if I were a filmmaker, the most important thing for me would be for people to see my movie. I don’t care if they watch it on their smartphone as long as they still enjoy it.

Still I do want movie theaters to stay in business. At first I just wanted a mask guideline in theaters but I don’t trust that a large group of moviegoers eating popcorn in the dark is the ideal healthy environment mask or no mask. My hope is that movie theaters around the world will stay open and endure the lower box office numbers while slowly getting back on their feet in a few months just like they did during the Spanish Flu. Because I’m tired of waiting for all my most anticipated movies to get released. Less Black Death more Black Widow please.