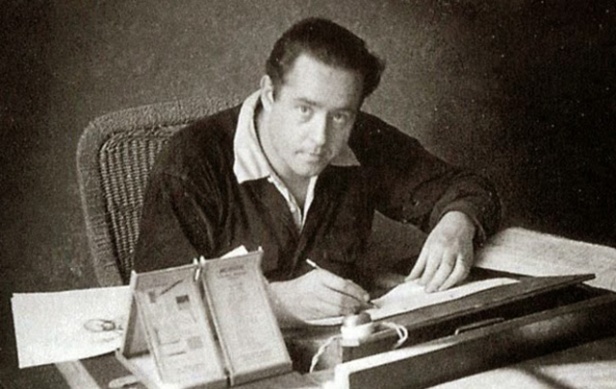 Frank Tashlin was a man who was successful at almost everything he did. He was an artist, a writer, an animator and a film director who not only made some of the funniest Looney Tunes and Merrie Melodies shorts but also a number of commercially successful feature films.

Born in Weehawken, New Jersey in 1913, Frank Tashlin dropped out of high school at the age of 13 and began drifting from job to job. One of those jobs was cartoonist, which led to him drifting through jobs in animation. He worked on several animated shorts throughout his career including John Foster’s Aesop’s Fables series, the Farmer Al Falfa and Tom and Jerry (no relation to the cat and mouse duo) cartoon shorts at Van Beuren, and he even worked for both Ub Iwerks and Walt Disney at each of their animation studios.

But the thing that first brought him to my attention was his work at Warner Bros. on the Looney Tunes and Merrie Melodies shorts.

He was hired by WB animation producer Leon Schlesinger in 1933 as an animator and got a reputation for being a fast worker. His employment at WB was not consistent. He actually left WB in 1934 and returned in 1936 and then left in 1938 and returned in 1943. The reason he left in 1934 had to do with the fact that he used his free time from animating to create a satirical comic called Van Boring which was based on his old boss animation producer Amadee J. Van Beuren, and it was successful enough to run for three years, but because he wouldn’t share a cut of his comic revenues with Schlesinger, Tashlin got fired.

The reason he left in 1938 was because he got into an argument with a studio manager. But he was such a talented filmmaker that WB always turned around and gave him a job again. 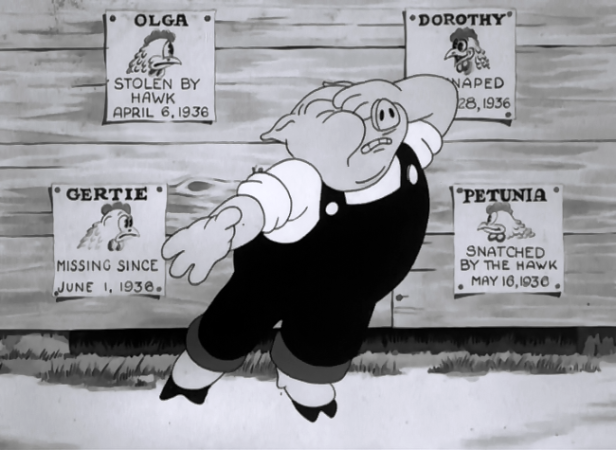 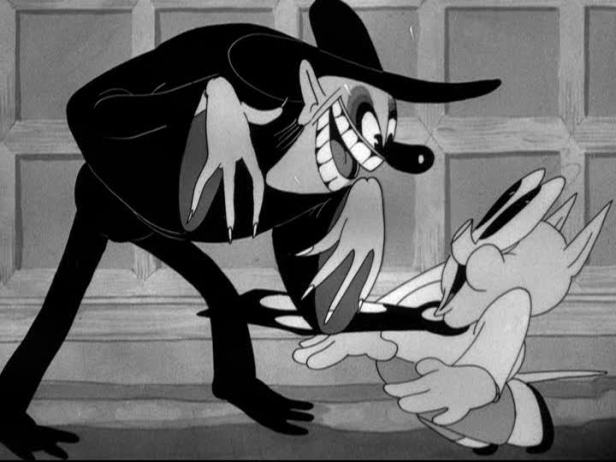 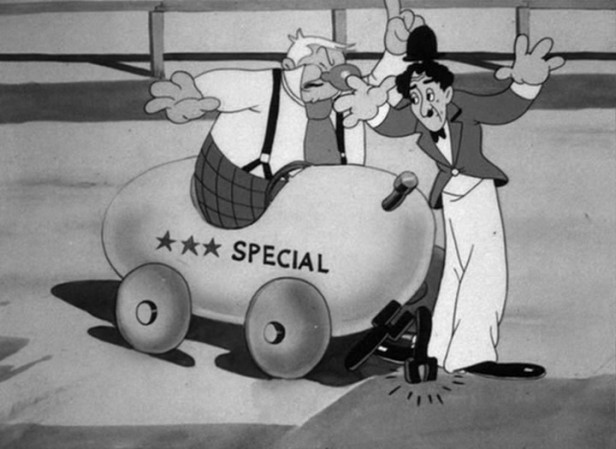 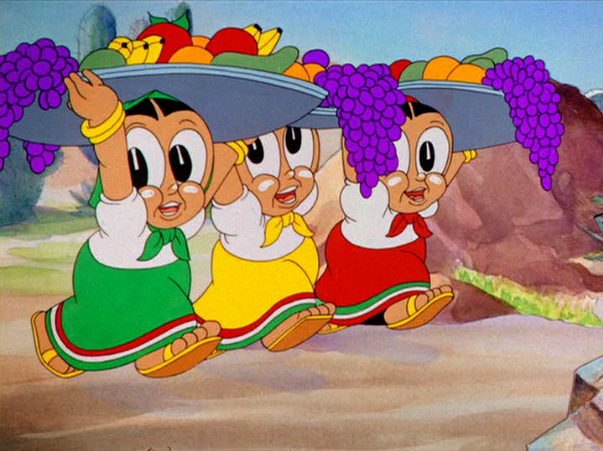 He first became a director in 1936 and he brought his diverse knowledge of the film industry and how to effectively use camera angles in dynamic ways to WB’s cartoons. The modern style of his cartoons in the forties as well as the cartoons of Chuck Jones can be seen as the ancestors of the animated films of UPA. He had a very angular drawing style and in his own how-to drawing book How to Create Cartoons he proclaimed that anyone who could draw a shape could draw a cartoon character. 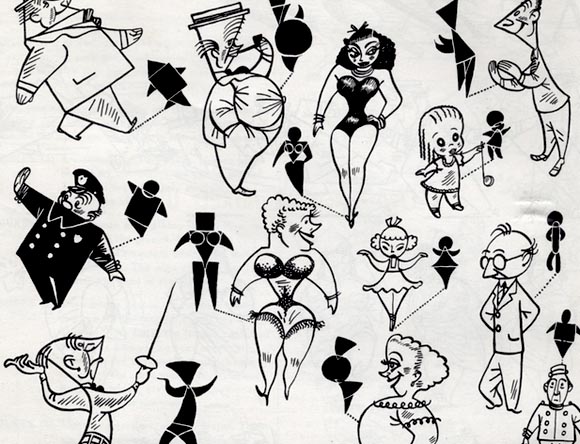 After he left WB for the second time in 1938, he worked as a storyboard artist at Disney until 1941 when he worked at Columbia’s Screen Gems animation studio as a production manager. While at Screen Gems he hired many former Disney artists who left Disney after the workers’ strike and he also launched one of the studio’s best series The Fox and the Crow. 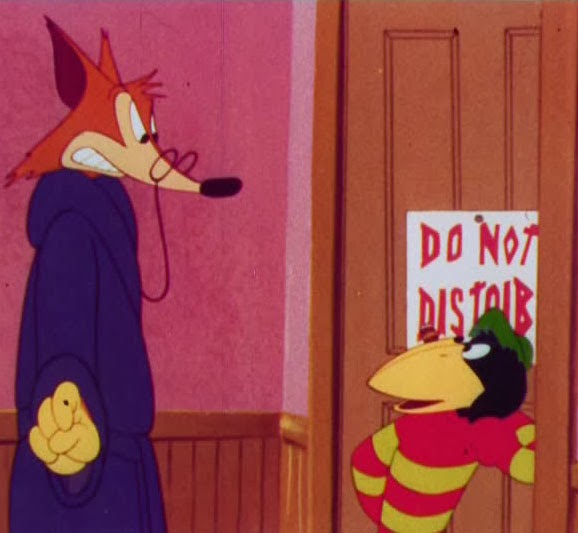 A few of the artists who would go on to work at the animation studio UPA worked for Tashlin at Screen Gems and had indeed said that Tashlin was a person who encouraged artistic freedom and this attitude had inspired many of them.

Tashlin left Screen Gems after (what else?) getting into an argument with the Columbia executives and went back to WB in 1943, and this was the period where he made his best shorts. Porky’s Pig Feat (1943), the first cartoon he directed upon his return, is by far my favorite thing he ever made, although plenty of his other animated films were entertaining, including Pussy n’ Booty (1943), Swooner Crooner (1944), Plane Daffy (1944), The Stupid Cupid (1944), Nasty Quacks (1945) and Hare Remover (1946). 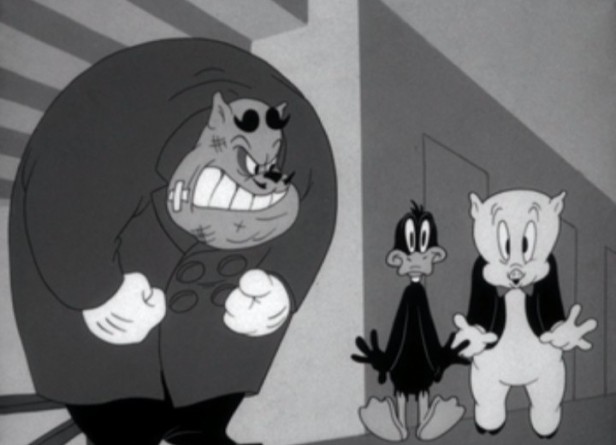 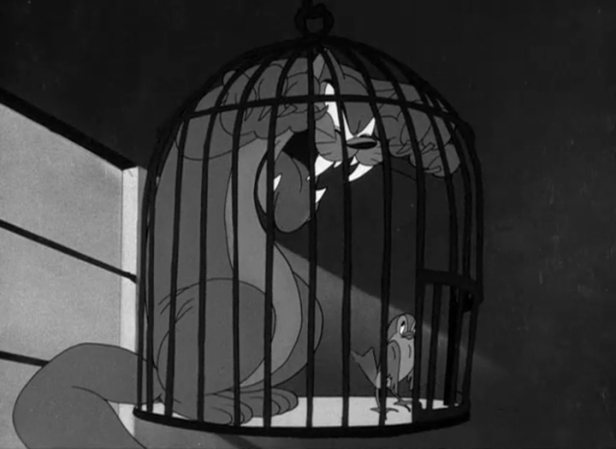 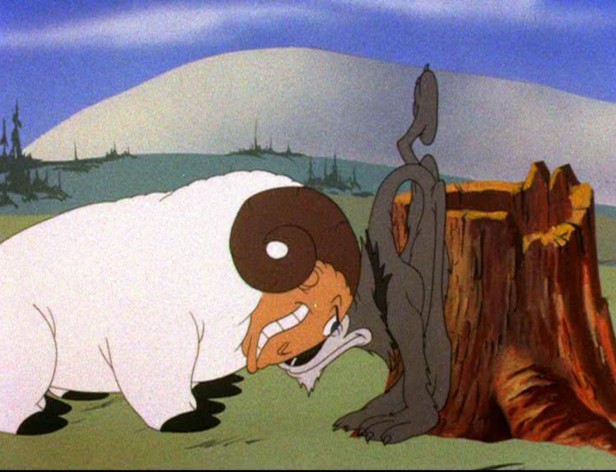 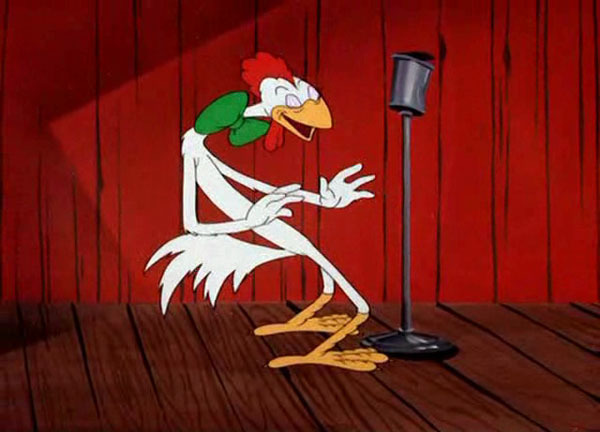 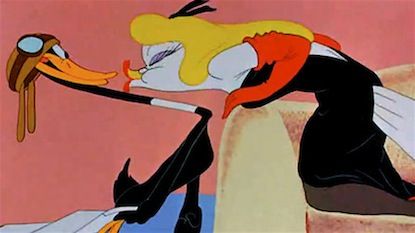 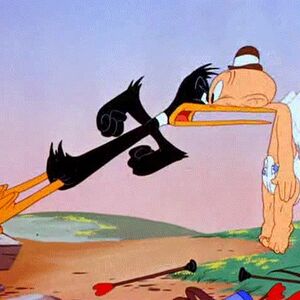 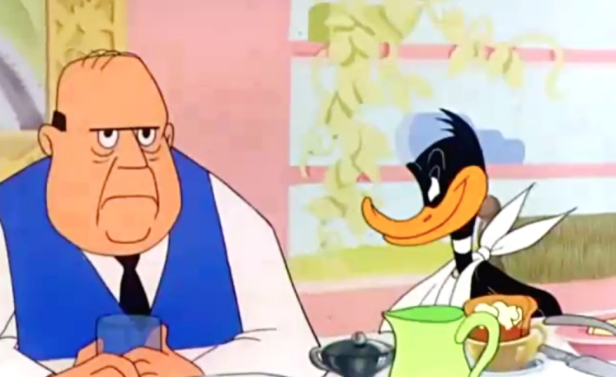 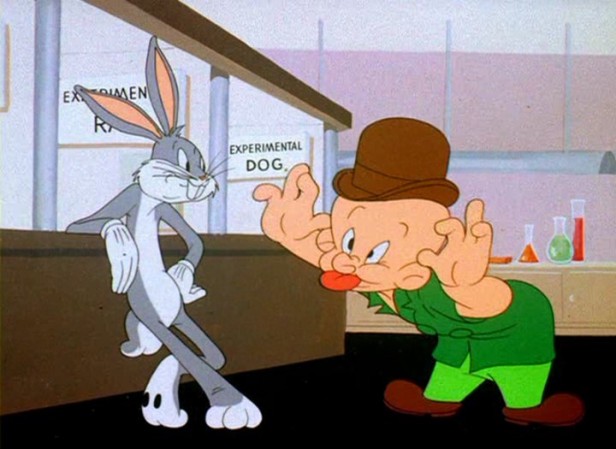 His final departure from WB animation came in 1944 but he continued working in the medium in 1946 when he directed stop-motion puppet films for John Sutherland.

But he also began writing in the late forties and he had success with his satirical 1946 children’s book The Bear That Wasn’t, which was followed by The Possum That Didn’t (1950) and the exceptional graphic novel The World That Isn’t (1951). 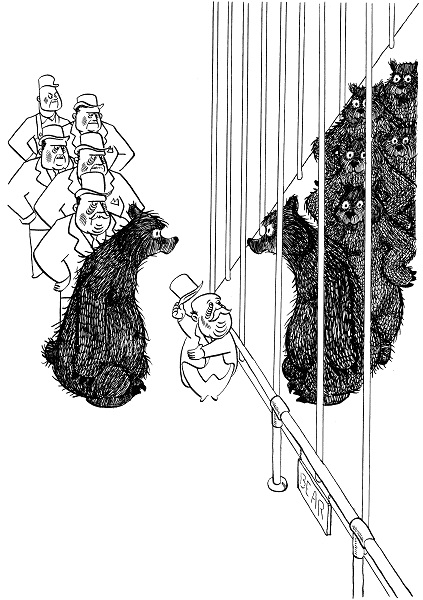 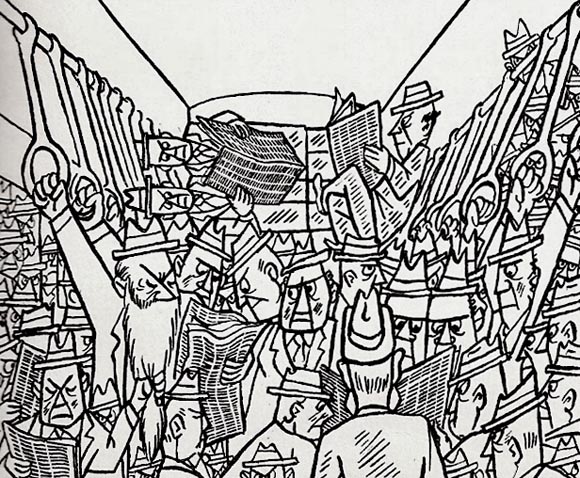 In the thirties, Tashlin had written for comedy producer Hal Roach (Laurel and Hardy, Our Gang) and in the forties he continued writing for such comedians as The Marx Brothers, Lucille Ball, Bob Hope and Red Skelton. He was a screenwriter on many films throughout the forties and he made his feature film directorial debut when he was asked to finish the 1951 Bob Hope film The Lemon Drop Kid. 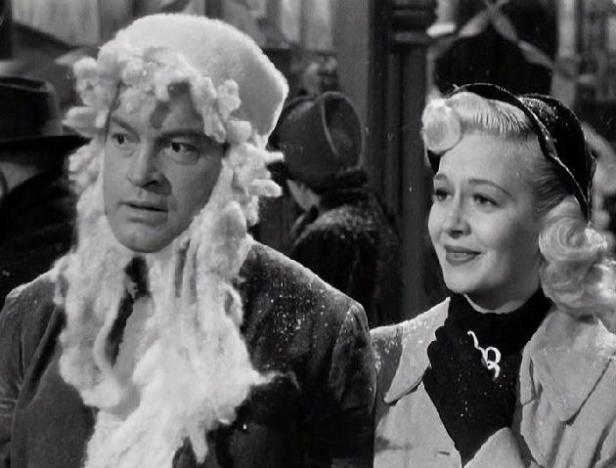 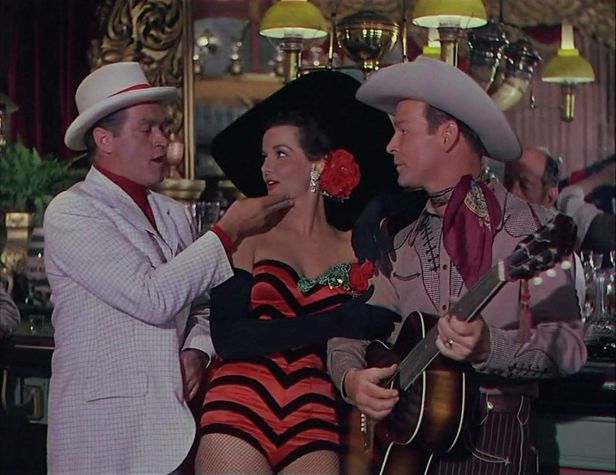 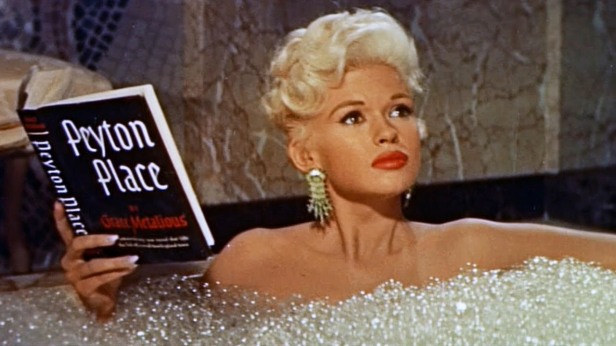 He soon directed many other motion pictures like Son of Paleface, which is a sequel to The Paleface which Tashlin wrote, and Susan Slept Here, and the former Looney Tunes director brought a cartoon-like spirit to many of his live-action comedies.

A streak of commercial hits came in 1956, starting with Tashlin’s most famous film The Girl Can’t Help It, a rock and roll satire starring Jayne Mansfield (parodying Marilyn Monroe) and featuring such stars as Little Richard, Fats Domino, Abbey Lincoln, Eddie Cochran, and Gene Vincent. It was not well-reviewed by critics who thought the movie was too campy and unfunny, but young audiences made it a hit and to this day it is well-regarded as an influential classic that brought rock and roll to Hollywood at a time where Elvis Presley was still seen as a hip-shaking hooligan by many an adult. 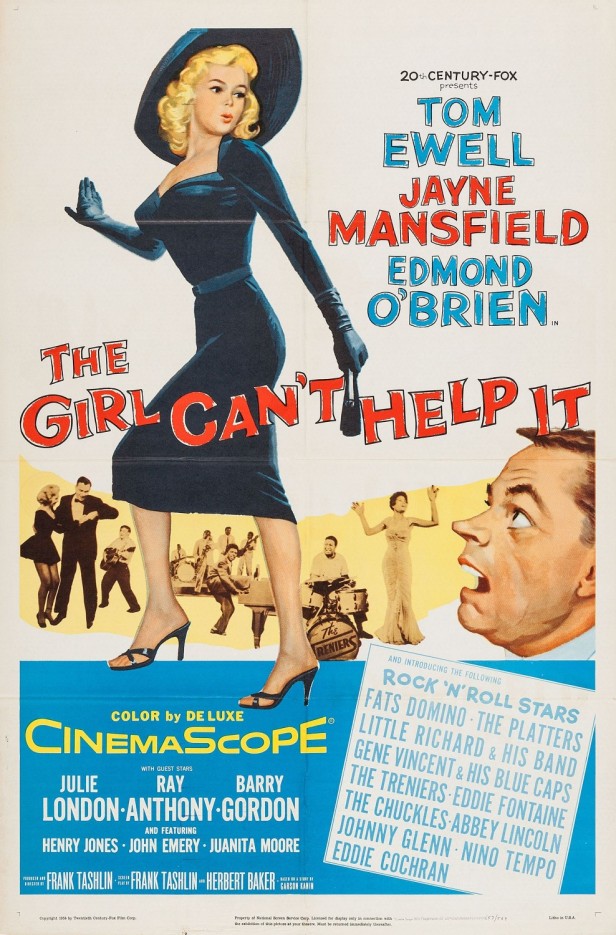 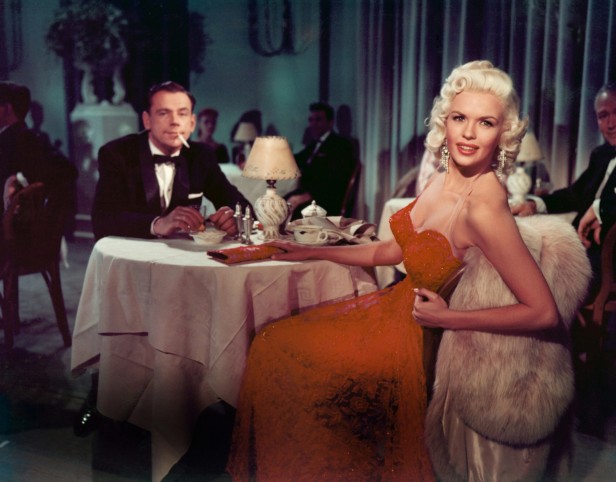 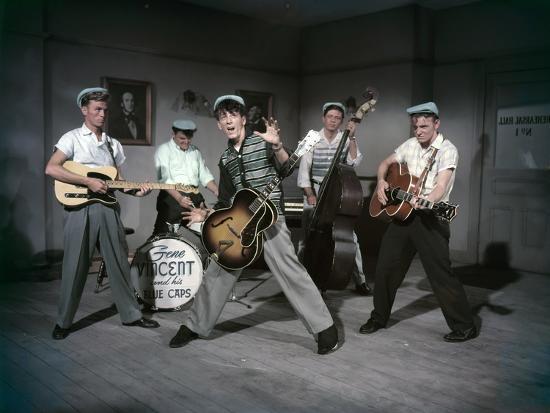 When a 16-year-old Liverpool kid and future Beatle named John Lennon watched Gene Vincent and His Blue Caps perform “Be-Bop-A-Lula,” it fascinated him and further inspired him to pursue a music career, especially when he saw his favorite American musicians humanized on the big screen. The film was even deemed culturally significant by the National Film Registry.

Next Tashlin directed the Martin & Lewis musical buddy comedy Hollywood or Bust (1956), Will Success Spoil Rock Hunter? (1957), Say One for Me (1959) and several Jerry Lewis vehicles like Rock-A-Bye-Baby, The Geisha Boy, Cinderfella, It’s Only Money, Who’s Minding the Store and The Disorderly Orderly.

Frank Tashlin began to drift in popularity when the sixties came, his last film being The Private Navy of Sgt. O’Farrell (1968) starring Bob Hope and Phyllis Diller, and four years later in 1972 he died of coronary problems.

Tashlin was never highly regarded by critics but he was actually very innovative and in some ways ahead of his time with his filmmaking techniques when compared to his contemporaries. He even contributed to animation’s transformation into a more cinematic art form, and though he is not a household name, he has contributed more to pop culture than people are aware. 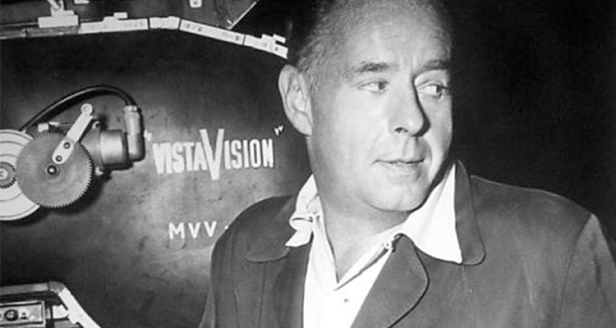