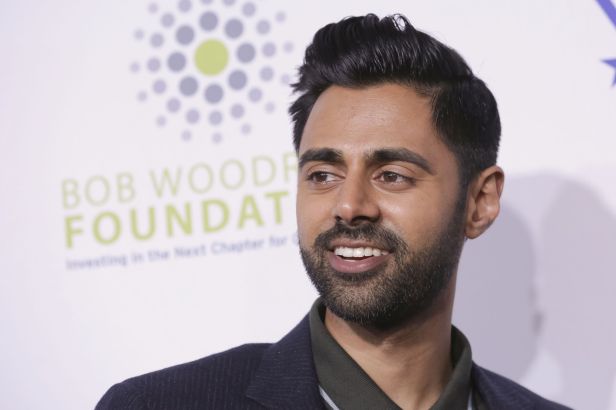 As of this writing Hasan Minhaj has only been a comedian for a little over a decade, but he has already proven himself to be a master at comedy and in particular a master at using comedy as a tool for communication.

Hasan Minhaj was born in Davis, California in 1985 and when he grew up he attended University of California, Davis (UC Davis) with a major in political science. However this fairly straightforward educational path made a sharp turn when he discovered stand-up comedy in college after watching Chris Rock’s HBO special Never Scared, which inspired him to pursue a career in comedy himself.

A year after graduating from UC Davis in 2007, Minhaj began performing stand-up comedy in San Francisco. His first form of validation came when he won a local radio comedy competition for Wild 94.9 being named “Best Comic Standing,” afterwards getting the chance to open for other successful comedians like Katt Williams and Gabriel Iglesias.

In 2009, Minhaj moved to L.A. and expanded his career further becoming a finalist in NBC’s Stand-Up for Diversity, a recurring character in the 2011 ABC Family sitcom State of Georgia, and a guest star in high-profile shows like Arrested Development, Getting On, and various projects for MTV and YouTube. 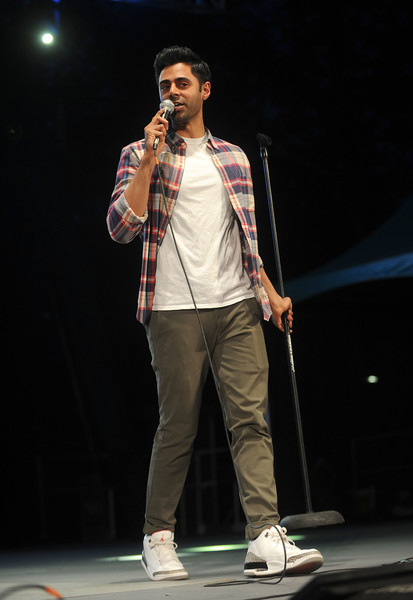 Minhaj had sent in his audition tape featuring his idea for a news segment and was later called in to audition in person at the Daily Show’s headquarters in New York where he was unexpectedly asked to audition with all new material. This caused an initial panic for Minhaj but he found his new idea the Friday before his New York audition when he was watching an episode of Real Time with Bill Maher in which Ben Affleck and Bill Maher got into a heated discussion about Islam. In his Daily Show audition, Minhaj parodied the interview in a segment called “Batman vs. Bill Maher.” Jon Stewart hired him instantly and Minhaj was a senior correspondent on the program from 2014 to 2018.

Minhaj gained further attention in 2017 when he performed at the White House Correspondents’ Dinner where he did his job roasting politicians, the press, the media and the president, or as he referred to him in his comedy set, the “Liar in Chief.”

The first time Minhaj won a Peabody Award was for his off-Broadway one-man show-turned-stand-up comedy special Homecoming King, which premiered on Netflix in 2017. In the show, Minhaj discussed his experience as an Indian-American Muslim who grew up as the child of immigrants, dated an American girl and later married a Hindu woman. The show was not only hilarious but it brought a lot of serious issues about the struggles of being a brown kid in a largely white country to the spotlight. I was moved almost to tears when I watched the show for the first time listening to Minhaj discuss familiar experiences like talking to white people who fear you but are polite to you at the same time. 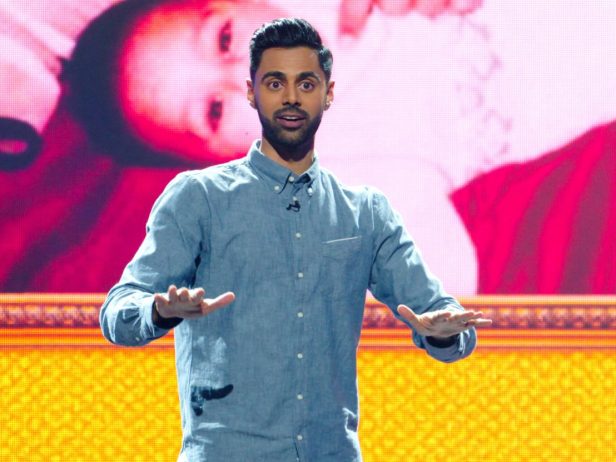 After Minhaj’s huge success with Homecoming King, Netflix gave him the opportunity to host his own weekly talk show entitled Patriot Act with Hasan Minhaj, which premiered on the streaming service in 2018 and features further deep dives into various interesting topics like free speech, student loans, gun control, obesity and of course politics. In addition to the well-deserved Emmy, the show won Minhaj his second Peabody Award.

When I first decided to post this blog, I was expecting the next season of Patriot Act to be out on Netflix by now, but just like so many other things during the worldwide coronavirus pandemic, production on that season has halted indefinitely. But I decided not to let that stop me from posting this homage to one of my favorite comedians. This outbreak isn’t going to stop me from blogging about show business, especially since this is a time where we need entertainment more than ever.

Besides thanks to the internet and services like Netflix, there is still plenty of great entertainment to highlight. And there’s no reason why I shouldn’t start with a great comedian like Hasan Minhaj. He is one of those comedians who are not just interesting because of their jokes but because of their subject matter.