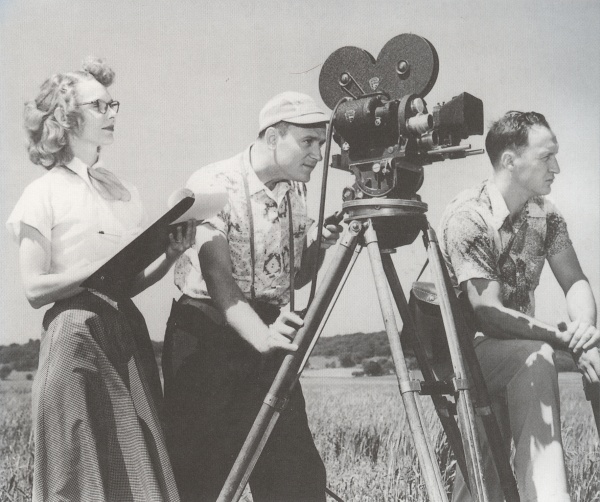 In my last blog I discussed what the film industry was like in the thirties and forties. Now I am going to talk about the directors behind the films from that era.

As I mentioned before, the transition from silence to sound signified a huge shift in Hollywood and not everyone would survive it, but there were some savvy filmmakers within the studio system who actually felt creatively unchained by this new way of telling stories.

For example, Walt Disney, who I have previously written about in depth, made the smoothest transition into the sound era, often paving the way for the most revolutionary changes in animation including sound (Steamboat Willie), color (Flowers and Trees), realistic personality animation (Three Little Pigs), realistic camera touches (The Old Mill) and feature-length animated films (Snow White and the Seven Dwarfs).

From an artistic standpoint, Walt Disney had the greatest ambitions of any Hollywood director or producer. Although Disney was more of a businessman with an eye for talent and good storytelling than a director.

The real directors would be these guys: 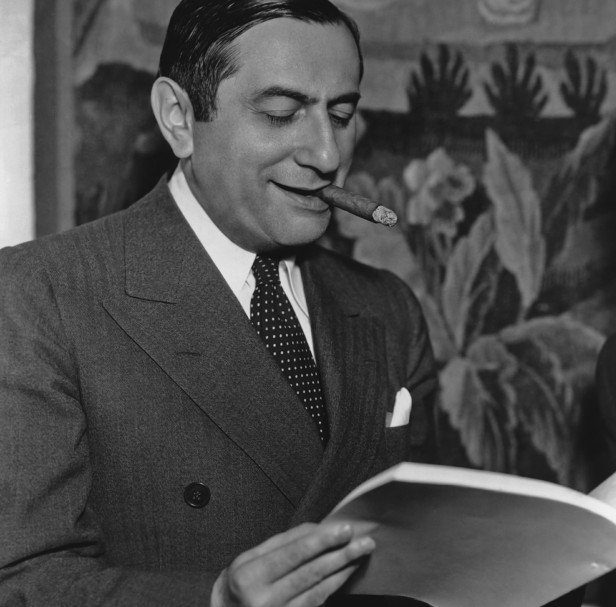 German director Ernst Lubitsch also had a smooth transition into sound, and he often used sound to tell his stories the same way he previously used sight to tell his stories in the silent era. Lubitsch had international success with both comedy and drama and had later decided to leave Germany for the U.S. where there were more resources for filmmaking. Lubitsch specialized in comedy when he was making films in America where he directed some great movies, including maybe his best film Trouble in Paradise (1932). Other films directed by Lubitsch include Design for Living (1933), Angel (1937), Ninotchka (1939) starring Greta Garbo and To Be or Not to Be (1942) starring Jack Benny.

Frank Capra began as a gag man and staff director who had worked for both of the biggest comedy producers of that era Mack Sennett and Hal Roach, but after signing a contract with Columbia and being given complete creative freedom by Harry Cohn, Capra became one of the biggest directors in Hollywood.

Capra met writer Robert Riskin at Columbia and Riskin would end up writing many of Capra’s most important scripts. Most Capra-Riskin films focused on the little guy, often personified as a naive, folksy and apolitical American everyman triumphing over an evil or corrupt social force, which was not surprisingly a popular storytelling device.

Capra’s comedy It Happened One Night (1934) popularized the screwball comedy and made stars out of Clark Gable and Claudette Colbert, not to mention became the first film to win the Best Picture, Best Director, Best Actor and Best Actress Oscars all in one night. 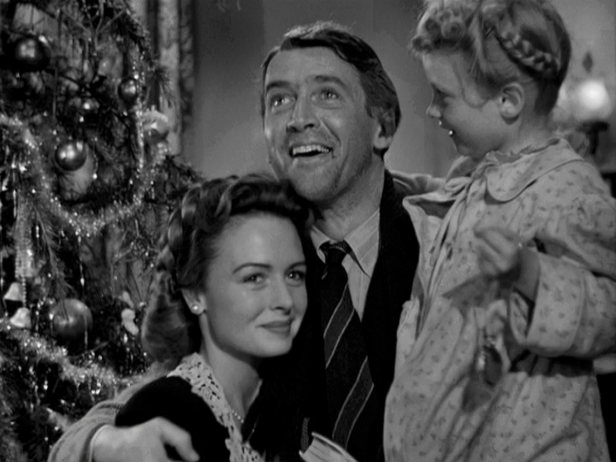 Preston Sturges was the brilliant Hollywood screenwriter behind Mitchell Leisen’s Easy Living (1937) who made his directorial debut in 1940 with The Great McGinty, a film that ridiculed politics and the naive notion that the government is really controlled by voters (ahead of its time). The Lady Eve (1941), a clever satire disguised as an ordinary romantic comedy, might be his funniest film, but his most famous was Sullivan’s Travels (1941), a movie about a filmmaker who is tired of making fluff and longs to direct a serious film with social significance. It has a great message that still resonates today.

John Ford was a filmmaker with the dramatic ambitions of D.W. Griffith and the populist ideals of Frank Capra. He is best known for his westerns, which he had been directing with star Harry Carey (one of John Ford’s major players) since 1917, but Ford didn’t receive national recognition until he directed the Oscar-winning film The Informer (1935) which was set during the Irish Revolution and told the story of a former I.R.A. member who betrays his closest friend and former comrades to the British. The film also traces the psychological and physical consequences of that betrayal.

Ford’s westerns tended to idealize the American West more than show an accurate portrayal, but his love for American history and telling stories about the people who lived through that hardship-filled period clearly shows. 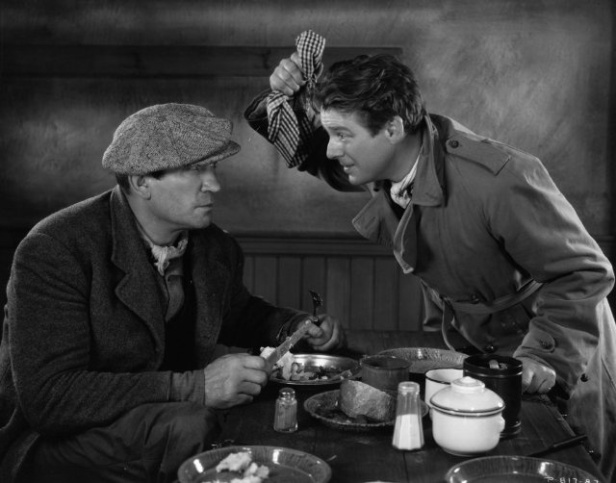 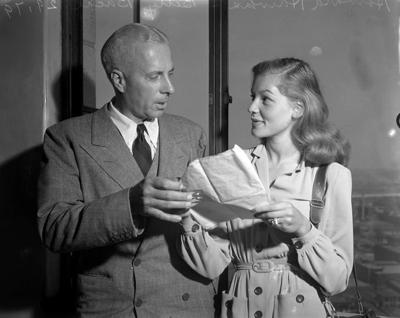 Howard Hawks is not as highly regarded as other Hollywood directors because of his deceptively ordinary films, but there is a real art to his pictures that is worth exploring.

His films don’t have a particularly noticeable style, but whenever he delves into a different genre, he makes a film that is often the best of what that genre has to offer. Among them gangster films (Scarface, 1932), prison films (The Criminal Code, 1931), westerns (Red River, 1948; Rio Bravo, 1959), backstage comedies (Twentieth Century, 1934), newspaper pictures (His Girl Friday, 1940), whodunits (The Big Sleep, 1946) and screwball comedies (Bringing Up Baby, 1938).

Hawks was not a studio director who worked for one studio like John Ford did with Fox. He was an independent producer and one of the best storytellers in Hollywood. He always co-wrote his scripts and was such a good director that he was frequently called in to help other directors with their scenes and sometimes even their entire films.

He was also known to exceed the novels and plays his films were based on by making them richer. His films had emotional depth but they were more subtle and less sentimental than the films of Capra and Ford. Hawks tended to tell his stories with non-verbalized emotions. His characters often felt like they were holding back how they really felt, but most of his films are about the evolution of trust between two characters who start out indifferent towards each other. Just look at the relationship between the uptight Cary Grant and the spontaneous Katherine Hepburn in Bringing Up Baby.

One of the best films directed by Howard Hawks is Red River, a western epic (with narrative similarities to Homer’s Odyssey and the Exodus of the Old Testament) about two cattle herders (John Wayne and Montgomery Clift) who struggle to work together. The contrast between the two men is highlighted and the drama is hinged on disloyalty, ego and the importance of mankind working together. Hawks pulls it off beautifully. 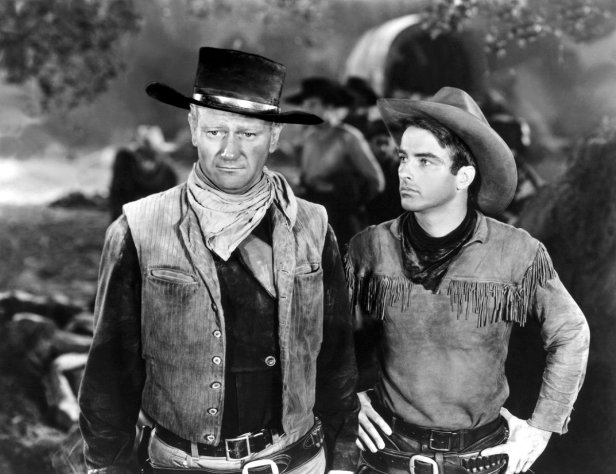 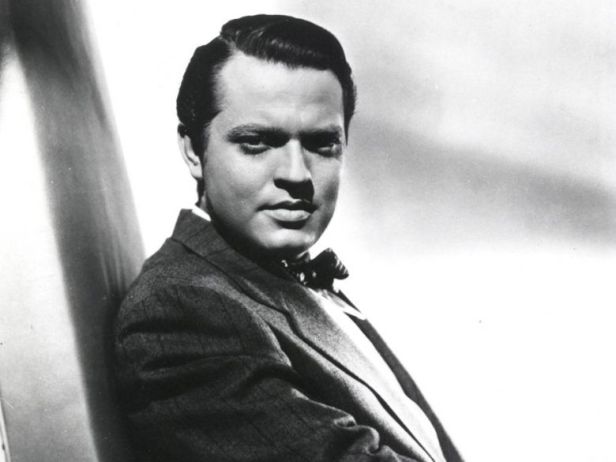 The young filmmaker who came from plays and radio Orson Welles built his reputation solely on one film: Citizen Kane. There’s a reason for this. Citizen Kane is a one-of-a-kind film in a league of its own that was surprisingly deep and startlingly ahead of its time visually and thematically, but it was also the only film Welles ever made with total creative freedom.

Yes, newspaper mogul William Randolph Hearst saw unflattering similarities between himself and the character Charles Foster Kane that made him refuse to give the movie any advertisement space, but the film was also not well-received by the general public because of how dark and unconventional it was, and its unpopularity made RKO more restrictive towards Welles with his future projects.

Citizen Kane is a complex and heartbreaking film that basically told the story of a man who worked his whole life to achieve wealth and power but ultimately realizes how empty it all is. The movie even starts out with the man dying and his backstory is told in flashback through the accounts of multiple interview subjects as the media tries to crack the mystery surrounding his death and why “Rosebud” was the last thing he said before he died.

It’s clear after watching the movie that Orson Welles, who both directed the movie and played Charles Foster Kane, is a genius, but he was underappreciated at the time. His second film The Magnificent Ambersons (1942) is highly regarded and there are touches of genius on display, but the only remaining cut is the one edited by RKO. Still it is impossible to deny the dramatic flare, visual boldness and storytelling skills of Orson Welles, if only he were allowed to express it more often.

2 thoughts on “Directors of the Studio Era”