The animated fairy tale musical originated with Snow White and the Seven Dwarfs (1938) and it seemingly ended with Sleeping Beauty (1959). The sixties and seventies were decades where fairy tales had no place, but movies like Star Wars (1977) proved that we were at least still open to genre films. On the other hand, big broadway-style musicals like Singin’ in the Rain and The Sound of Music were too corny for baby boomers and so was the medium of animation, which had been written off as juvenile entertainment by the mainstream thanks to animation’s relegation to Saturday morning cartoons. Many people thought of Mary Poppins, a sophisticated and Oscar-worthy film that combined musical numbers with animation, as the last breath of an old-fashioned type of entertainment, but it was actually more like a harbinger of what was to come.

Despite the waning reputation of animation in the eighties, many intelligent adults and film aficionados in that decade still loved Disney movies and recognized their cultural significance. Films like Pinocchio and Cinderella always got re-released and did well at the box office and were even best-sellers on VHS, so why couldn’t Disney make another animated film like that?

That’s what Disney animator Ron Clements asked. While Clements was busy co-directing The Great Mouse Detective (1986), he spotted the story of The Little Mermaid by Hans Christian Andersen at a book store and pitched the idea of adapting it into an animated feature film to Disney chairman Jeffrey Katzenberg. Due to the similarities to another mermaid movie Disney was working on at the time called Splash (1984), Katzenberg initially passed on the idea, but he came around fairly quickly as he realized its potential and greenlit production at the same time as Disney’s more modern musical Oliver & Company (1988).

In the thirties, Walt Disney had actually planned to adapt The Little Mermaid in what could have ended up being a Hans Christian Andersen-themed package feature, but like many of his ambitious post-Snow White plans, that project got sidelined when the Disney studio was having financial troubles in the forties. The fact that they finally greenlit the movie decades later was a coincidence. 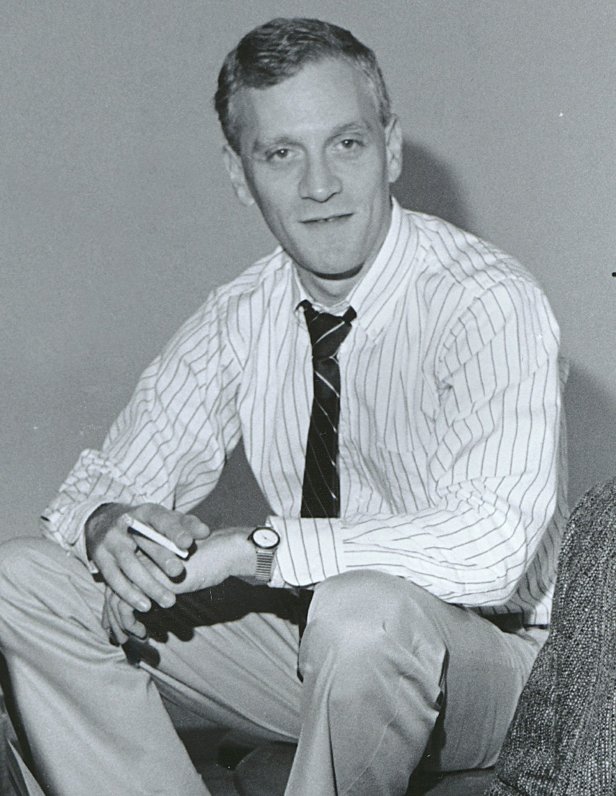 Howard Ashman, the playwright behind the successful Off-Broadway musical Little Shop of Horrors, was first asked to contribute a song to Oliver & Company but he got pulled into the story of The Little Mermaid and ended up contributing way more to that film.

As a matter of fact, Howard Ashman’s contribution to The Little Mermaid and the significance of Disney hiring him can’t be overstated because he changed the shape of the entire movie. The man was brimming with creativity. He proposed Clarence the English-butler crab be changed to the Jamaican crab who would end up becoming Sebastian the musician, and he overall influenced the directors Ron Clements and John Musker to structure the film like a Caribbean-flavored Broadway play.

Ashman also brought Little Shop of Horrors composer Alan Menken on board the project and together, Ashman and Menken would create a soundtrack for the film that would become just as famous as the movie itself. Who doesn’t love “Part of Your World” and “Under the Sea”?

Jodi Benson, the actress who voiced Ariel in the film, got her start in 1975 working with Kenny Ortega (another future Disney legend) in the play Marilyn: An American Fable. Howard Ashman had actually written the lyrics for a 1986 Broadway play Benson sang in called Smile (The fact that Benson sang a song in that play called “Disneyland” was not at all a cosmic sign of her destiny as an actress, I’m sure). 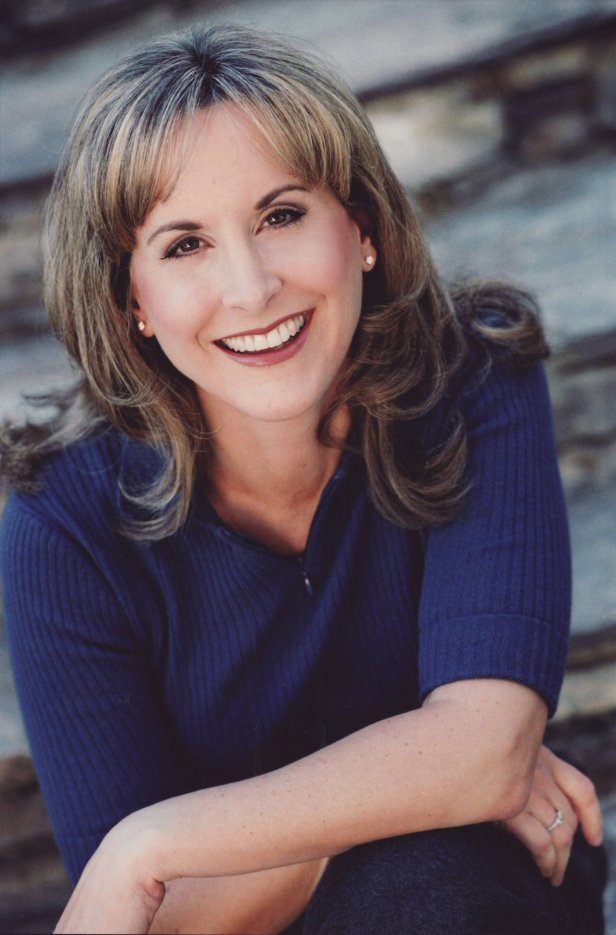 Disney put so much money and effort into The Little Mermaid that they opened another studio in Florida to do extra work completing it. This meant that the character of Ariel was going to have two different supervising animators: Mark Henn in Florida and Glen Keane in California.

Glen Keane was initially hired to animate Ursula the sea witch since he had experience animating villains like Rattigan from The Great Mouse Detective, but Glen Keane was such a brilliant animator that his skills were seen as ideal for the lead character.

In terms of personality and body type, Keane was inspired by Alyssa Milano from the sitcom Who’s the Boss? when creating Ariel, but Keane has also stated that Ariel looks just like his wife (but “without the fins”).

Ursula’s animation ended up being supervised by Ruben Aquino instead (the man who would go on to animate Maurice in Beauty and the Beast and Simba as an adult in The Lion King). The design of Ursula underwent a long process but the final version was heavily inspired by drag performer Divine of John Waters’ Pink Flamingos fame. 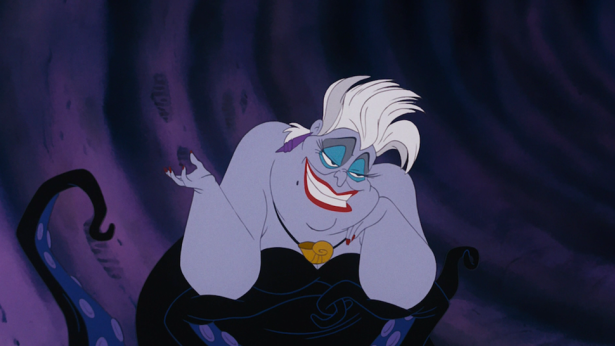 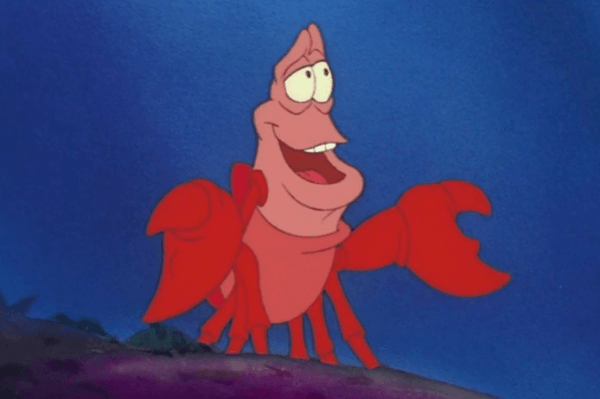 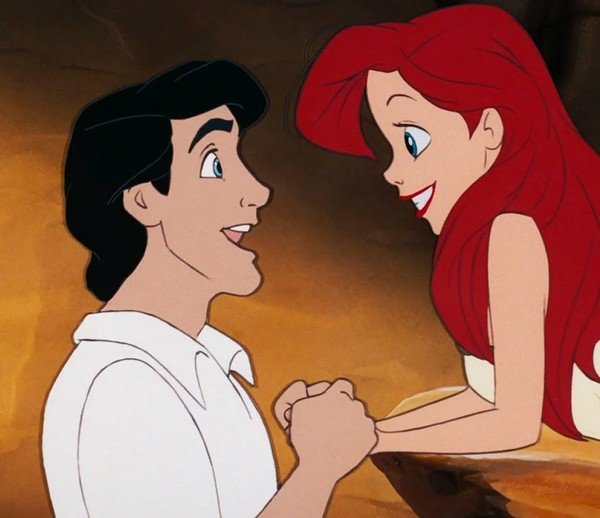 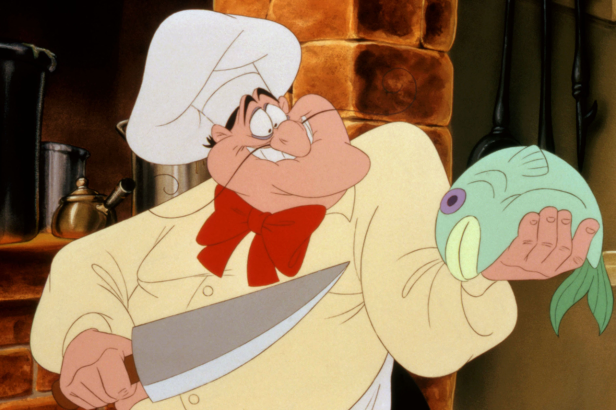 The special effects were much more elaborate than the Disney films at the time. Looking closely at the film you can see where computer assistance was employed, but even the hand-drawn animated water, fire, smoke and bubbles have to be appreciated. Disney hasn’t showcased effects animation like this since Fantasia.

The Little Mermaid was a huge box office success, earning $84 million in North America and becoming the animated film with the highest gross from an initial run. Not since The Jungle Book when Walt Disney was there to guide the filmmakers himself had the studio made a phenomenon like this. The merchandising and constant radio play of the songs was similar to the hullabaloo surrounding Frozen in 2013, but the movie also enchanted the critics. Roger Ebert compared it favorably to Disney movies of the past.

The Little Mermaid‘s success not only ushered in a new era for Disney but a new era for animation in which the animated musical would reign for the next decade. A return to form for Disney since Sleeping Beauty was the studio’s last fairy tale, and Mermaid was soon followed by other animated musicals that became award-winning blockbusters, including Beauty and the Beast (1991), Aladdin (1992) and The Lion King (1994).

The movie was also one of the contributing factors to animation being taken more seriously as a mature art form alongside Who Framed Roger Rabbit and The Simpsons.

Many Disney fans refer to the arrival of The Little Mermaid as the ushering of the Disney Renaissance. Disney was in serious financial trouble in the eighties and the company is what it is now largely because of the ripple effect caused by Mermaid.

Another influence the movie had was on Walt Disney Home Entertainment. Controversially, The Little Mermaid was released on home video in 1990 as part of the Walt Disney Classics line, something previously only bestowed upon select films, but the huge popularity of the movie on VHS led to future Disney films being released soon after the ends of their theatrical runs all throughout the nineties.

Of course, by the time the nineties ended, fairy tale musicals fell out of favor once again as Disney focused more on buddy comedies and action-adventures, but this was a largely unremarkable period for them. It wasn’t until the return of fairy tale musicals after Tangled that people started paying attention to Disney animation again. When will they learn that you shouldn’t fix what isn’t broken?

2 thoughts on “The Little Mermaid: A Ripple Effect”