Born in Cheshire, England in 1968, Daniel Craig has been acting since the age of six thanks to school plays, but he began serious acting training when he was a teenager.

After proving himself at the Everyman Theatre in Liverpool he got accepted into the National Youth Theatre in London and after multiple auditions, finally got accepted into the Guildhall School of Music and Drama where he trained under Colin McCormick, the Welsh acting veteran known for his roles in the BBC shows Chocky and EastEnders who also tutored and coached students like Damian Lewis and Ewan McGregor.

Things really started picking up for Daniel Craig after he graduated from Guildhall in 1991, acting in his first movie The Power of One (1992), a drama set in South Africa during World War II that centers on the life of a South African boy named Peter Philip Kenneth-Keith raised under Apartheid, Craig playing the role of an Afrikaner student who attends the same boarding school as the boy.

Craig also acted in plays throughout his career, his first major role being Joe Pitt in the 1993 Royal National Theatre production of Angels in America in London. Most recently he delved into Shakespeare for the first time playing the traitor Iago in Shakespeare’s tragedy Othello opposite David Oyelowo at the Off-Broadway New York Theatre Workshop.

In addition, he got a lot of television work in the nineties. In 1993, he acted in BBC’s Between the Lines, ITV’s long-running soap opera Heartbeat, and Americans saw him for the first time in The Young Indiana Jones Chronicles, but his role as Geordie Peacock in the popular BAFTA-winning BBC serial drama Our Friends in the North (1996) was considered a career breakthrough.

Meanwhile his film career was taking off, getting his first lead role in the Franco-German love triangle drama Obsession (1997), which was followed by roles in Elizabeth (1998), Lara Croft: Tomb Raider (2001), Road to Perdition (2002) in which he worked with Sam Mendes for the first time, Layer Cake (2004) in which he worked with Matthew Vaughn (Kick-Ass, Kingsman) and Steven Spielberg’s Munich (2005).

However, the role that made him a worldwide star was James Bond. 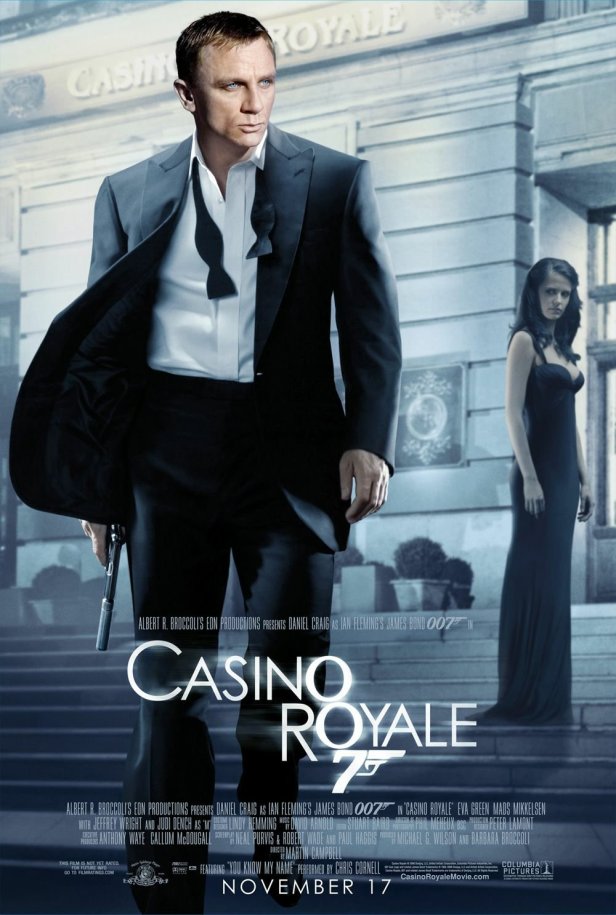 A screenplay for Casino Royale was finally written in 2004 by Neal Purvis and Robert Wade (the co-writers of every James Bond film since The World Is Not Enough) with the intention of bringing back the feel of a Fleming novel to the Bond films.

Pierce Brosnan’s four-film James Bond movie deal was fulfilled after 2002’s Die Another Day, and with Brosnan having no intention of renewing his contract, the search for a new Bond began in 2004 with Karl Urban, Sam Worthington and Henry Cavill among those being eyed for the role.

Daniel Craig was initially uninterested as he felt the series was becoming too formulaic, but he reconsidered after reading the script. Craig was announced as the sixth actor to portray James Bond in 2005. There was a lot of skepticism from fans who didn’t think Daniel Craig fit the suave dark-haired description of the character they imagined in their heads, although all five of the previous Bonds – Sean Connery, George Lazenby, Roger Moore, Timothy Dalton and Pierce Brosnan – have voiced their support calling Craig a good choice.

Casino Royale was the highest-grossing Bond film when it opened in 2006, earning $594 million worldwide and acclaim from both critics and audiences, including me, and Daniel Craig reached instant star status.

The Daniel Craig Bond films were my introduction to the Bond series and I have been following the movies ever since, although between Quantum of Solace (2008), Skyfall (2012) and Spectre (2015) I have only really loved Skyfall. Thankfully there are plenty of great Bond films from the past I have gotten into as a result of my love for Casino Royale such as classics like Doctor No and Goldfinger, so I have something else to watch inbetween releases of the new films.

Craig is said to be ending his role as James Bond following No Time to Die in 2020, and he is definitely leaving big shoes to fill.