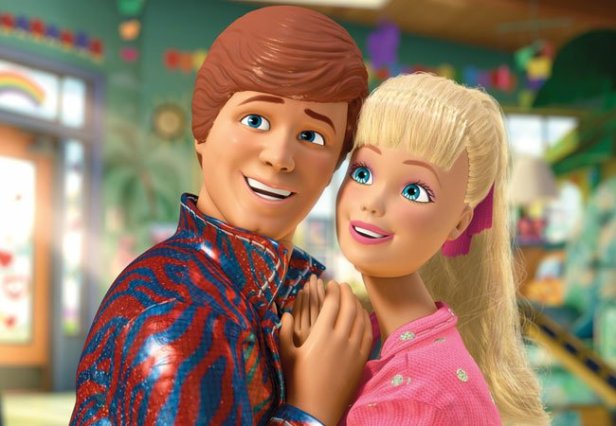 There is no escaping the Barbie doll. Not even for me when I was a kid. My sister had the dolls, the accessories, the pets, the car and the Dream House! And she was the only girl in my family, so who do you think played with her? I did. Anything to make my sister happy (even if I was dying inside playing Barbie’s boyfriend Ken).

Almost every girl I know had a Barbie doll growing up. It is Mattel’s most profitable toyline, outselling Hot Wheels and the American Girls doll line and even topping Hasbro, the toy company that owns G.I. Joe, Transformers and My Little Pony! Thanks to Barbie, Mattel is second only to The Lego Group in popularity. 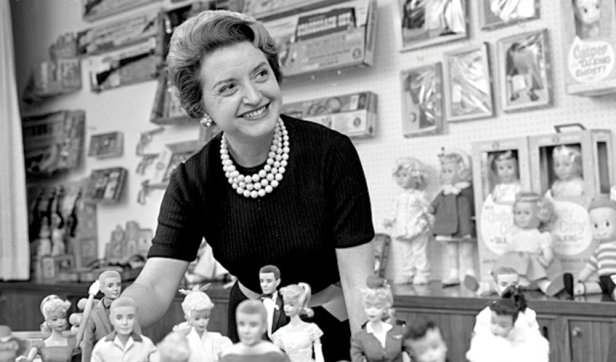 So who created Barbie? Turns out it was an American businesswoman and inventor named Ruth Handler.

Handler’s daughter played with paper dolls and often enjoyed giving them adult roles, even while most children’s toys at the time were meant to represent infants. The idea of a children’s doll who was meant to represent an adult was never done before. Handler decided to pitch the idea of Barbie to her husband Elliot Handler, co-founder of Mattel, but he was unenthusiastic about the idea at first.

It wasn’t until a trip to Europe in 1956 where Ruth came across a German doll named Bild Lilli that she decided to actively pursue the idea of Barbie.

The Bild Lilli doll was created in 1956 and based on a German blonde bombshell comic strip character by Reinhard Beuthan who was a hard-nosed working girl who went after what she wanted even if she had to use men to do it. The doll was sold to adults but many children played with it and dressed her up in outfits that were sold separately.

After purchasing a Bild Lilli doll, Handler redesigned and sold it in the U.S. under the name Barbie (named after her daughter Barbara), officially making its debut at the American International Toy Fair in New York on March 9, 1959 (the date now known as Barbie’s official birthday).

The first Barbie dolls came in either blonde or brunette and she was initially advertised as a teenager. They were manufactured in Japan and her clothes were designed by Charlotte Johnson, Mattel’s fashion designer. Approximately 350,000 Barbie dolls were sold the first year and it was one of the first toys to rely on television advertising extensively, something copied by almost every future toy.

Today over a billion Barbie dolls have been sold in over 150 countries in her 60-year existence.

She was so popular that the toy company Louis Marx and Company, American licensers of Bild Lilli, sued Mattel for copyright infringement in 1961, but Mattel grew so big thanks to Barbie that they were able to buy the copyright for the Bild Lilli doll in 1964.

Barbie’s friends and family have expanded and changed over the years and she has a fairly detailed backstory thanks to storybooks on the subject of her life. Ken is her boyfriend. Skipper is her younger sister. And then there’s Teresa, Midge, Christie, etc.

Barbie has had various occupations over the years that you’ve never seen a children’s doll have before, such as fire fighter, lifeguard, astronaut, news reporter, doctor, surgeon, vet, army officer, air force pilot and presidential candidate! There is nothing she can’t do and she has always proven it!

Not many people know the impact that Barbie has had on female social values thanks to her independence and self-sufficient characteristics.

Barbie has such a lasting legacy and is so famous now that she has had streets in New York named after her, she has her own exhibit in a museum at the Louvre in Paris, she was painted by Andy Warhol, she was the theme of a Taiwanese restaurant, she is the subject of a 1997 hit song (“Barbie Girl” by Danish-Norwegian pop group Aqua) and has even been a supporting character in Pixar’s Toy Story 2 (1999) and Toy Story 3 (2010).

The Barbie toy franchise had expanded into a media franchise in 1987 that included animated films, TV specials, books, music and video games.

The first animated Barbie films were the 1987 television specials Barbie and the Rockers: Out of This World and its sequel Barbie and the Sensations: Rockin’ Back to Earth by DiC (the animation studio behind Inspector Gadget, Heathcliff and The Super Mario Bros. Super Show!) and they were based on the Barbie and the Rockers toyline (which may or may not have been inspired by Jem and the Holograms who appeared two years before these animated specials).

These specials were originally supposed to serve as the two-part pilot for an animated Barbie series, but the deal between Mattel and DiC fell through. DiC later relaunched the show without Barbie or Mattel’s involvement with their own characters in the syndicated series Maxie’s World, which ran in 1987 for one season but has went on in circulation with various TV networks.

But Barbie lives on in animation, and as of 2006, Barbie’s computer-animated films are some of the most popular direct-to-DVD films ever sold.

Barbie’s rise to fame was pretty spectacular. She is the most famous doll in the world and she has been subjected to satire on many famous shows like The Tonight Show, Saturday Night Live (meet Gangsta Bitch Barbie) and The Simpsons (Malibu Stacy).

But like all famous people she has had ups and downs: Declining sales in the 2010s; a rivalry with the Bratz dolls which were the first dolls to outsell Barbie; implications of sexism when the talking Barbie doll from the nineties declared math to be hard (although I minored in algebra before getting my GED and I can confirm that math is indeed hard); and then there’s the accusations of giving little girls unrealistic body aspirations.

To Mattel’s credit, they always fix the problem when it is pointed out. It speaks to how much they care about the brand, and also to how much the consumers care about Barbie. Girls expect Barbie to be whatever they want her to be. That notion speaks to her appeal. Little girls want to be Barbie because she represents adulthood from the point of view of a child. Dream house, dream car, dream wardrobe, dream pet (which in my sister’s case was a purple horse) and any job that you could possibly want. Barbie pretty much broke the glass ceiling on imagination.