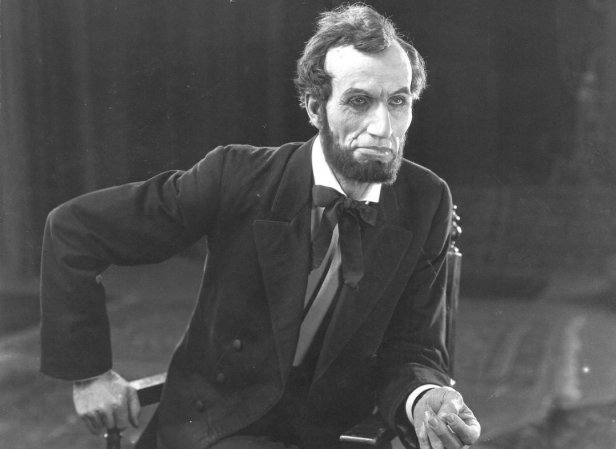 D.W. Griffith’s films were often moralistic, preachy and evocative of Victorian sentimentality. Sin and debauchery were vague representations (someone dancing while holding a cocktail was the most extreme example of misbehavior that could be shown at the time).

One can question whether or not D.W. Griffith’s ideals hold up as America has changed in the 100 years since his most celebrated film The Birth of a Nation (1915) was released, but his contribution to the medium of film is revolutionary and unprecedented. 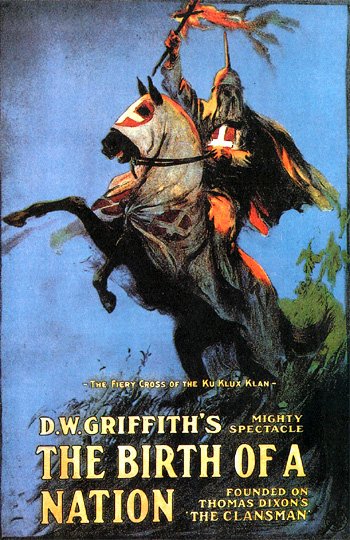 The Birth of a Nation was essentially based on three sources: the novel The Clansman by Thomas Dixon, the stage version of the novel, and another Dixon novel called The Leopard’s Spots. All of which were extremely racist, even for their time (more on that soon).

Griffith did not use a script when he shot this film, and few people on set knew exactly what the film was about. Griffith often added details on the spot and seemed to have utter freedom. 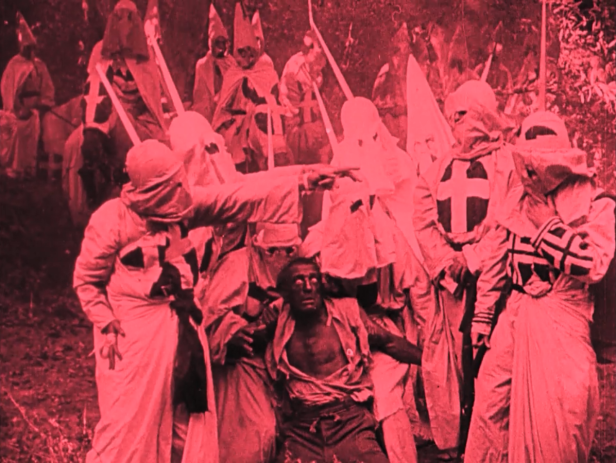 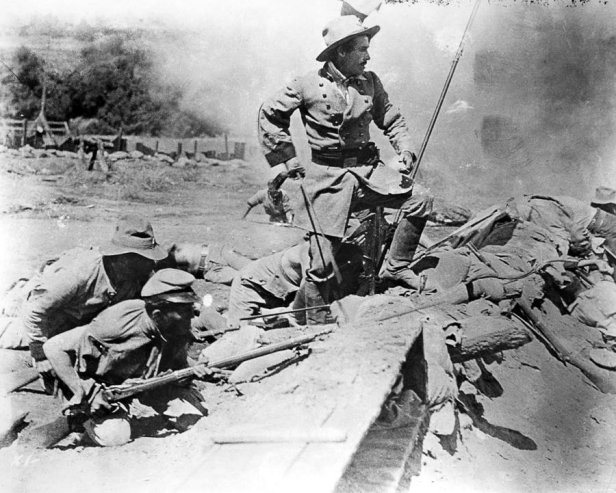 The film was actually originally called The Clansman, just like the novel, but after Dixon saw the film at its L.A. premiere, he told Griffith the original title was too tame. Griffith changed the name to “The Birth of a Nation” to suggest that the nation was truly born when northern and southern whites united.

Even in 1915, liberals condemned the movie for its bigoted portrayal of black men, including the NAACP, president of Harvard Jane Addams and many liberal politicians.

The film contributed heavily to the modern resurgance of the Ku Klux Klan and it was suppressed in some cities for fear of race riots.

Obviously the film has moral flaws and is weak on social theory, but it is an absolute spectacle with cinematic drama the likes of which have never been seen. Here the way was paved for movies with more ambitious storytelling that dared to make you feel something as you watched. 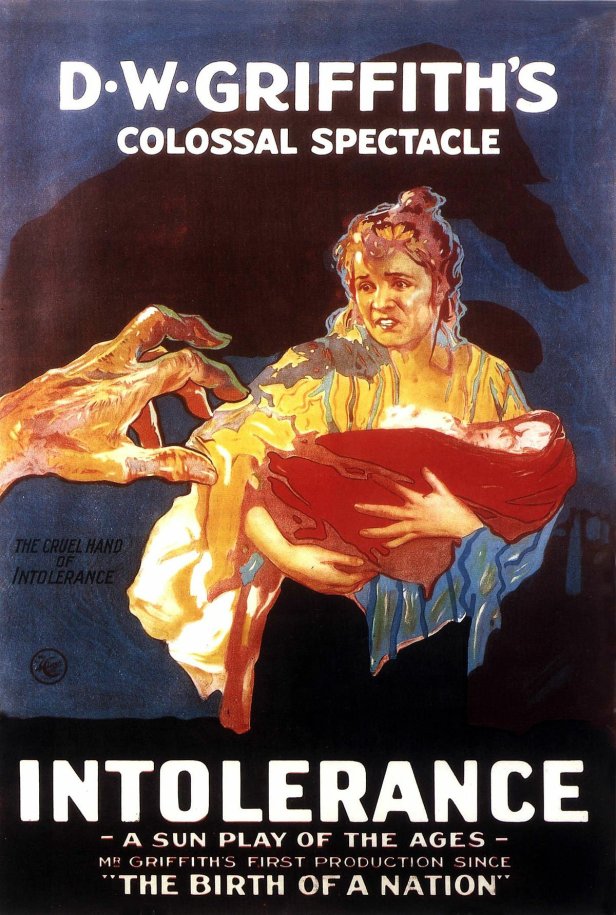 When The Birth of a Nation‘s release was suppressed in several cities, Griffith angrily protested and tried to defend himself from the accusations of bigotry and hatred thrown at him.

Despite the backlash, The Birth of a Nation had earned untold millions of dollars, and Griffith used that money to finance his next movie, which would not only be his longest film but his cinematic defense against intellectual censorship: Intolerance.

It was just as ambitious as The Birth of a Nation and is also widely considered one of the greatest American films. 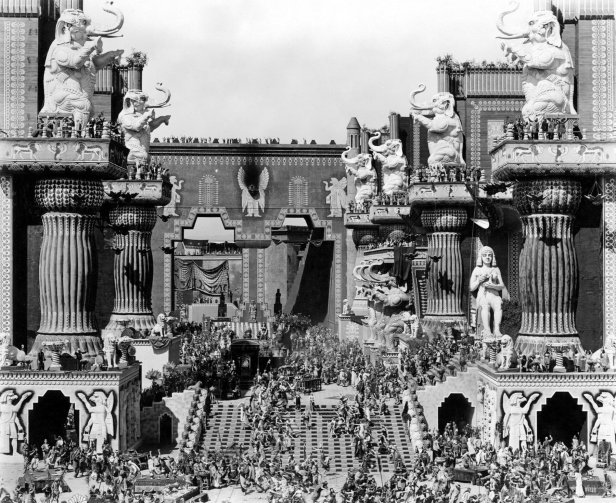 An interesting thing about these two masterpieces by Griffith is that The Birth of a Nation led the way for American cinema, and Intolerance led the way for Soviet cinema.

Intolerance is recognized as the first great modernist experiment in what Sergei Eisenstein would later call intellectual montage. The fact that it told more than one story through different time periods made it a revolution in editing that would be adopted by many Soviet filmmakers, themselves great innovators in film editing. Some film historians say that there wouldn’t be another American film as complex until Citizen Kane and not as brilliant in its use of montage until The Godfather Part II.

Even Griffith’s 1919 film Broken Blossoms was an inspiration to German cinema in the way it used lighting, and that would open the door to expressionism, which Germany excelled at. This makes Griffith a cinematic revolutionary in three different countries.

Intolerance was not the hit that The Birth of a Nation was. 1916 audiences found it confusing and hard to watch. It was in fact such a financial disaster that Griffith had to rely on getting financing from producers and businessmen for the rest of his film career and he never recovered.

Unfortunately Intolerance would be Griffith at his artistic peak. The years between 1917 and 1931 would be incredibly unsatisfying artistically and financially, with the exception of some masterpieces like Broken Blossoms (1919) and Way Down East (1920).

Griffith would spend the last years of his career making old-fashioned talkies with ambitious subjects like Abraham Lincoln and alcoholism, but they felt tone-deaf and were unable to connect with audiences.

It was an important career but a broken one by the time The Birth of a Nation had made a splash. Griffith died broke and alone in Hollywood in 1948, but before he left, he was reminded of just how important his contributions to film were in 1935 when he received an honorary Oscar.

Anyone interested in watching D.W. Griffith’s films should start with these four: 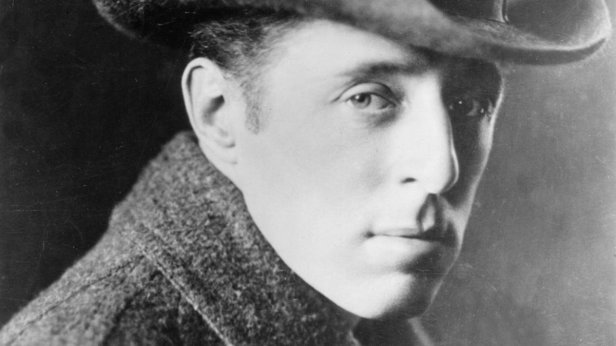