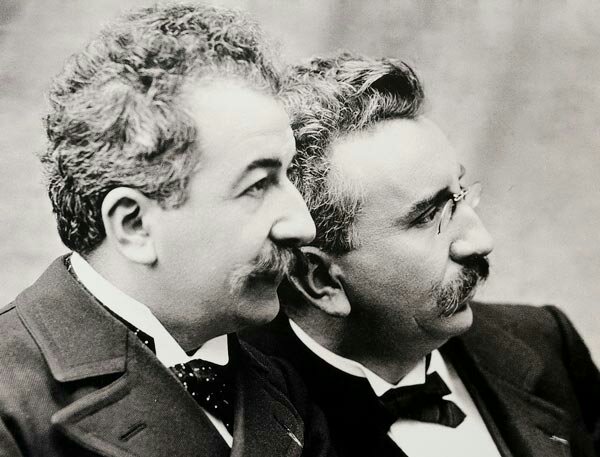 After Thomas Edison’s film director W.K.L. Dickson invented the Kinetoscope, two inventive French brothers named Auguste Lumière and Louis Jean Lumière began experimenting with it in 1894, and they even came up with a portable version for easier filmmaking conditions.

In 1895, the Lumières shot films and showed them at private screenings for friends and fellow scientists. That same year on December 28, the first movie theatre opened to the public in the basement of the Grand Café in Paris, and the Lumières showed all their new films here.

Unlike the staged and static films of Edison, the Lumières liked to capture candid moments on film, and many historians consider them the fathers of documentary filmmaking.

Their films include Workers Leaving the Lumière Factory; Repas De Bébé, a film that captures the feeding of a baby (which is considered the very first home movie); L‘Arroseur Arrosé, a film about a gardener getting his face doused through a boy’s prank (which is considered the very first narrative film and the very first comedy); and a film of a train rushing into a railway station, provoking the biggest reaction from the audience when the train hurtles toward the screen (the medium was new, don’t make fun of them).

Edison and Dickson may be the most important men in motion picture history but The Lumières are the most influential from a technical point of view.

They sent the very first camera crews around the world to record the most interesting places on earth to a public who could never visit such places. Their films were the first to be shown in India, Japan, and other countries, inspiring film industries around the world. Although they didn’t last long as filmmakers. They treated it as a novelty and left the movie business in 1905. It was up to other artists to push the boundaries of storytelling through film. 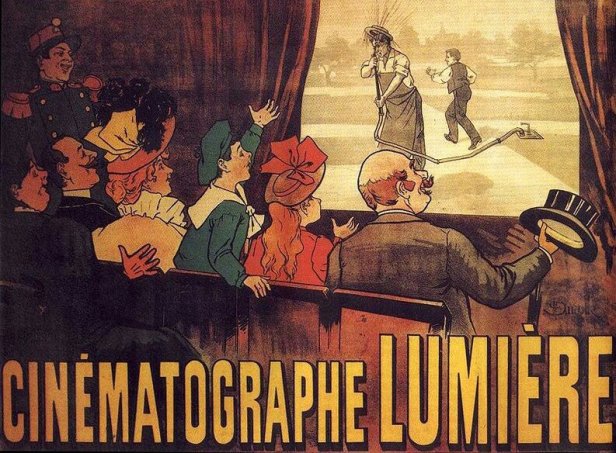