My Little Pony is a toy line and media franchise from Hasbro introduced in 1981. It was popular in the eighties, waned in popularity in the nineties, and has come back with a vengeance ever since the beginning of the 2010s.

The predecessor to My Little Pony was My Pretty Pony. Created by illustrator Bonnie Zacherle, My Pretty Pony had the ability to wiggle its ears, shake its tail and wink its eye, but the lack of success with that toy prompted Hasbro to produce smaller and more colorful versions in 1982.

Rebranded as My Little Pony, these toys took off in popularity, and its success led to the production of different versions, including Pegasus Ponies, Unicorn Ponies, Flutter Ponies, Sea Ponies (which bared a resemblance to sea horses) and even male versions called Big Brother Ponies.

In addition, new ponies would have new features, like the rhinestone-eyed Twinkle-Eyed Ponies, Twice-As-Fancy Ponies, Brush ‘n’ Grow Ponies, there were small versions (Petite Ponies), large versions (Dream Beauties), glow-in-the-dark versions, and even My Little Kitty, My Little Puppy, and My Little Bunny.

The ponies even had names, like Cotton Candy, Butterscotch, Blossom, Moonstone, Starshine, etc. The variety was endless, and it’s what contributed to its inevitable popularity among girls. 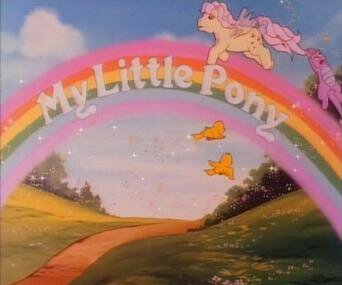 Like Hasbro’s Transformers and G.I. Joe, My Little Pony was eventually adapted into animation. Its first entry into the world of animation was in the half-hour TV special initially called My Little Pony, but later renamed Rescue at Midnight Castle in 1984.

This was followed by a series called My Little Pony ‘n Friends that ran from 1984 to 1987. The show took place in a place called Dream Valley, which, in addition to the ponies, was populated by witches, goblins, dragons and other mythical creatures. Plus, a human girl named Megan.

The first movie, My Little Pony: The Movie, was released in 1986, and much like Transformers: The Movie, it featured celebrity voices, but was not successful enough with audiences or critics. 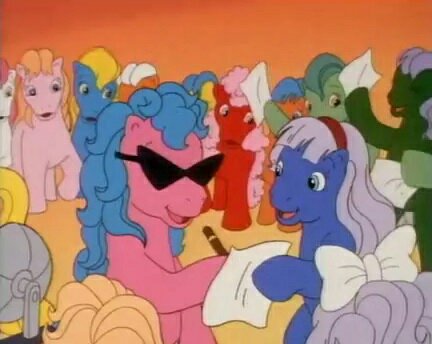 My Little Pony Tales on Disney Channel followed soon after, running for 26 episodes in 1992. The short run of that series and the waning popularity of the toy line signaled an end to the franchise. It was discontinued in 1995, and after an unsuccessful reboot in 1997 with a redesign for the ponies, it was revived again in 2003 with a look that resembled the original toy line more closely.

There was even a musical called My Little Pony Live: The World‘s Biggest Tea Party in 2006.

The fourth incarnation of the series came in 2010 along with the animated series My Little Pony: Friendship is Magic developed by animator and CalArts alum Lauren Faust (The Powerpuff Girls, Foster‘s Home for Imaginary Friends). Much like The Lego Movie, this series blew up everyone’s expectations by actually being good.

The series takes place in the land of Equestria, and the cast of characters, Twilight Sparkle, Rainbow Dash, Pinkie Pie, Applejack, Rarity and Fluttershy, have become some of the most beloved animated characters in television history. Each pony has their own personality and many viewers identified with the ponies that most closely matched their personalities.

And speaking of viewers, the most surprising thing about this iteration of the franchise is the number of adults, and even adult men, who are fans of it. When you watch the show, it is not that surprising. The writing is clever and occasionally makes amusing pop-culture references, and it is not at all a “juvenile” show. However, the adult male fandom is odd enough that they have taken to calling themselves “bronies.” A new word had been born. 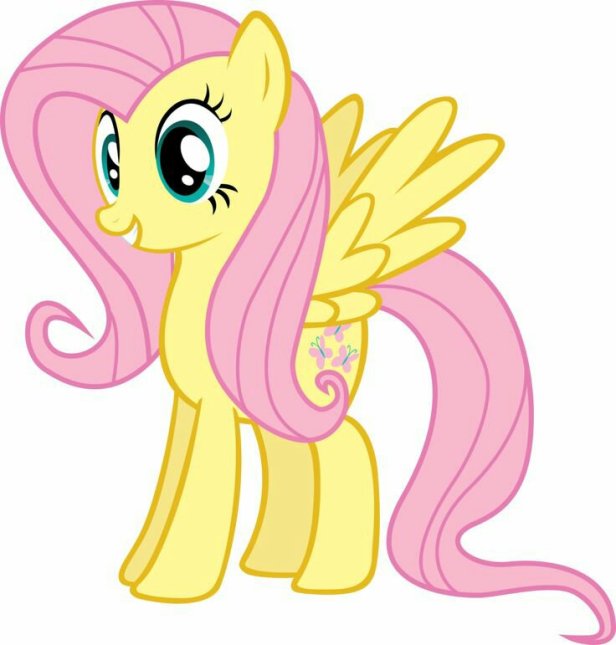 4 thoughts on “My Little Pony Through the Ages”