Disney is currently having its healthiest period business-wise. Thanks to John Lasseter and the acquisitions of some of the greatest brands in entertainment, Disney is the undisputed king of Hollywood.

A current trend that the studio has had success with is the reimagining of their animated films as live-action films, beginning with Tim Burton’s Alice in Wonderland in 2010 and continuing with Maleficent (2014), Cinderella (2015), The Jungle Book (2016), Pete‘s Dragon (2016), and Beauty and the Beast (2017). 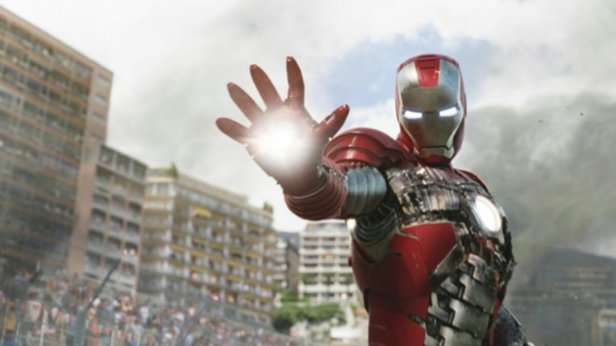 Disney acquired Marvel in 2009 and began distributing all of Marvel Studios’ films in 2010 beginning with Iron Man 2. The Marvel films, like the Pixar films, are giant crowdpleasers that turned out to be a gold mine for Disney. The film franchises of the Marvel Cinematic Universe, which all take place in the same world and include Iron Man, Thor, Captain America, The Avengers, and the Guardians of the Galaxy, have all been popular with comic fans and film fans, and are currently the film studio with the best “fresh” average on Rotten Tomatoes.

In addition, George Lucas had sold Lucasfilm to Disney in 2012, along with the rights to Star Wars and Indiana Jones. The first film to result from the purchase, Star Wars: Episode VII – The Force Awakens (2015) directed by J.J. Abrams, was such a phenomenon that it amazingly revitalized the popularity of the already gigantic franchise.

Upcoming Disney releases include sequels to Wreck–It Ralph, Frozen, Mary Poppins, Toy Story, and The Incredibles, live-action remakes of The Lion King, Mulan, Dumbo, and Aladdin, an all-new phase of the Marvel Cinematic Universe following the The Avengers: Infinity War, and a slate of Star Wars spin-offs in addition to the conclusion of the current J.J. Abrams-produced trilogy. Many of these films are likely to be hits, which is not a statement you can claim about any other film studio.

Even before the acquisitions of the Muppets, Pixar, Marvel, and Lucasfilm, Disney has always been my favorite studio, responsible for the best entertainment of the 20th century.

Walt Disney had always wanted to leave offbeat entertainment to other people. His studio was always about simple stories for people of all ages filled with heart, drama, and humor. 80 years after the release of Snow White and the Seven Dwarfs, the studio still serves Walt’s purpose as the reliable family-friendly alternative to the rest of Hollywood. In an era with “offbeat” blockbusters like The Hunger Games and Deadpool, Disney movies are needed even more.

The fact that Disney movies have always been among the most popular movies of their time speaks to how in touch with the public Walt was. The reason why Disney is so popular is because Walt has always understood what the public wants. Deep down, we all long for stories where heroes and heroines triumph over evil, love conquers all, and wishes come true.

When I was a kid, Bambi was the first Disney movie I ever saw. The fact that a movie like Zootopia can come out decades later and resonate with me just as much is an astounding accomplishment for one studio, and proof that the spirit of Walt Disney is still alive in the minds of the many artists and animators who work there, as well as other animation studios around the world.

Over the course of these ten blogs, I’ve shown you the struggles the Disney studio has been through, but no matter what happened, the creative spirit of its founder always managed to save it. He saved it in the 1950s, the 1980s, and the 2000s through his influence on animators, family members and art school grads who grew up watching his movies and felt inspired to make their own.

One of the most extraordinary things about Walt was that he was not only a storytelling genius and a good businessman, but also a great role model. When asked in an interview what he thought about being famous, he responded by saying that if fame doesn’t help your kids respect you, or help get the fleas off your dog, it isn’t worth very much.

2 thoughts on “The Disney Chronicles Part 10: The Present”