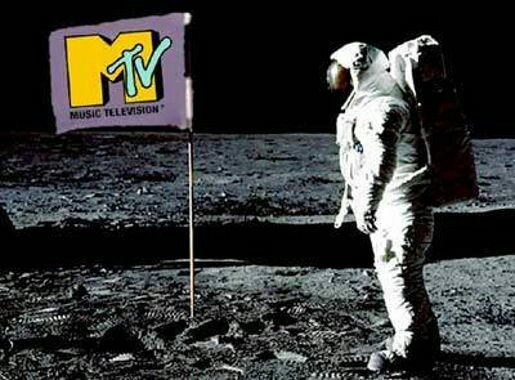 MTV (Music Television) is an American cable channel launched in 1981 that originally aired music videos all day. It is notable for launching obscure musicians into the mainstream and being the first popular youth-targeted television network. MTV now consists primarily of scripted programs and reality television but it appears to be attempting to return to its roots with the returns of classic shows like MTV Unplugged, MTV Cribs, and Total Request Live (TRL) which will be returning to the network’s schedule in October 2017. All this is taking place as the network wanes in popularity and is being largely ignored by the internet generation in favor of sites like Youtube, but I want to take you back to a time when MTV was the dominant force in young adult entertainment. 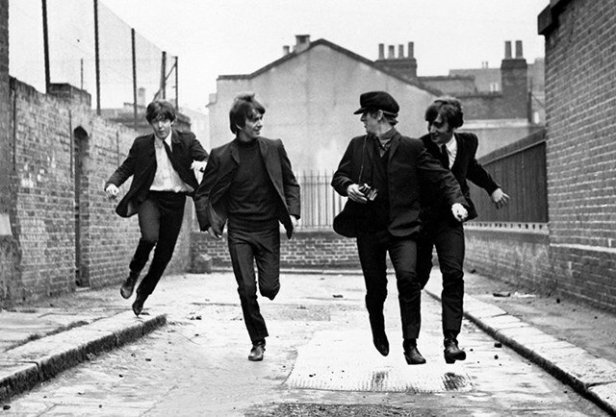 The music video was basically invented by Richard Lester when they were creatively integrated into the first Beatles film A Hard Day‘s Night (1964). MTV acknowledged this in 1999 when they awarded Lester for inventing the concept.

Before MTV, there were numerous shows around the world featuring music videos. Mason Williams had pitched an avant-garde “video-radio” program to CBS before he became a head writer on The Smothers Brothers Comedy Hour, which incorporated some of his ideas for that show when CBS passed on the concept. Philadelphia disc jockey Bob Whitney’s music program The Now Explosion aired in syndication from 1970 to 1971.

There were even pitches for music-based TV networks before MTV, but the ones that made it to air didn’t last long.

In 1977, Warner Cable, later Warner-Amex Sattelite Entertainment, launched the first two-way interactive cable system called QUBE, which featured several channels, including one called Sight on Sound, which was a music channel featuring concert footage and music-themed programming, with which viewers could interact and vote for their favorite songs and artists.

The creation of MTV was led by Warner-Amex employee and future MTV CEO Robert W. Pittman. Pittman was a producer and host of a 15-minute NYC-based show in the late seventies called Album Tracks. A good resume to have when launching a music-themed cable network.

“Ladies and gentlemen, rock and roll.” These were the words said on Saturday, August 1, 1981 at 12:01am eastern time by Warner-Amex executive vice president John Lack when MTV was first introduced to America. Those words were heard over footage of the countdown to launch of the space shuttle Columbia and Apollo 11, followed by the first MTV theme song, played over the image of the American flag transforming into the MTV logo. The astronaut and the outer space theme would become an iconic part of the network’s style until 1986. 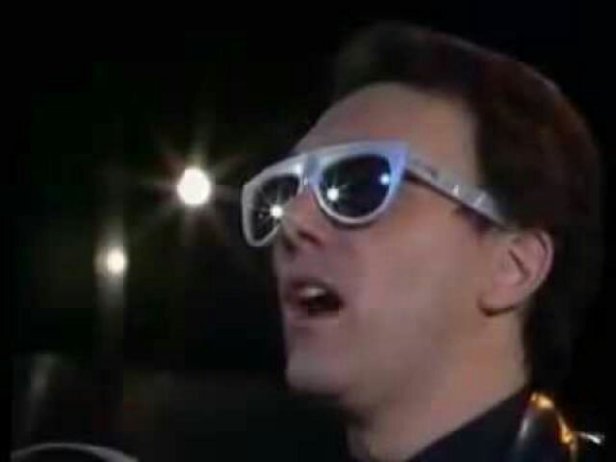 It was originally only broadcast in select cities in the U.S. but it had a huge effect nonetheless. The network was influencing record sales in these cities more than radio stations, and it also introduced Americans to musicians that radio stations didn’t broadcast.

The original intention of MTV was to be a 24-hour, 7-days-a-week music video station hosted by VJs (Video Jockeys, the network’s version of disc jockeys). The VJs initially consisted of Nina Blackwood, Mark Goodman, Alan Hunter, J.J. Jackson and Martha Quinn. They would record intro and outro voiceovers between videos and also report news, promote concert dates and give interviews. Guest VJs included celebrities like Billy Idol, Phil Collins, Tina Turner, Eddie Murphy, Martin Short and Dan Aykroyd, who got to choose their favorite music videos on the air.

The first music video to play on MTV was Video Killed the Radio Star by The Buggles. Performers and bands getting airplay on MTV in this period included Blondie, Bon Jovi, The Cars, Def Leppard, Duran Duran, Mötley Crüe, The Police, Van Halen and “Weird Al” Yankovic (who made several specials for MTV under the title Al TV in the eighties and nineties).

They also played footage of classic rock acts from before the eighties. Musicians who got exposure included Aerosmith, Billy Joel, David Bowie, Eric Clapton, The Dire Straits, Hall & Oates, Journey, The Rolling Stones, Rod Stewart, The Who, and ZZ Top. A lot of musicians appreciated the new exposure, including The Dire Straits who famously incorporated MTV and their slogan “I want my MTV” into their 1985 song Money for Nothing. 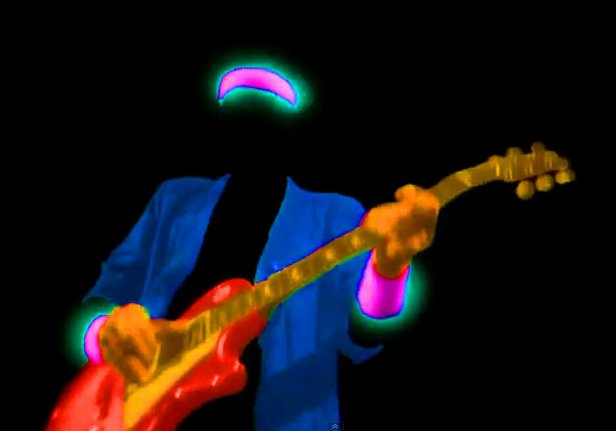 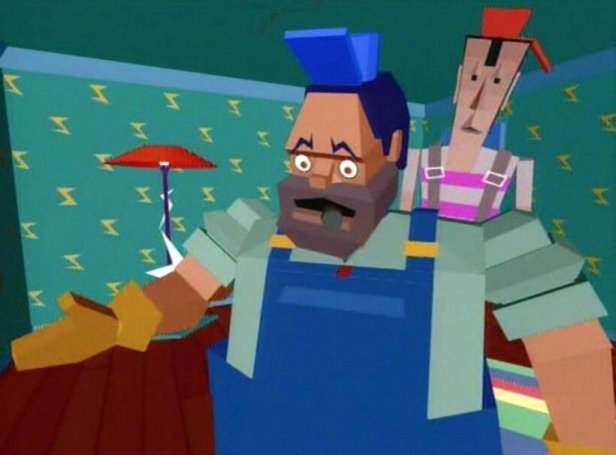 The popularity of MTV led to the increased production and budgets of music videos, which got a new life after the network hit the mainstream.

Of course, as everyone knows, the more popular something is, the more likely it is to recieve criticism. Typical criticism surrounding the network’s negative influence on the youth culture were expected, but some criticism had substance.

For example, the genres reflected in the music videos ranged from heavy metal to new wave to country, which is why Rick James was angry about MTV refusing to play his hit 1981 song Super Freak, a move that made some people question MTV’s frequent refusal to show black artists. MTV argued that many songs by black artists didn’t reflect the format they were going for, which they claimed was more rock-fueled. An excuse that seemed fishy since they play all kinds of genres besides rock.

Eventually MTV saw the light, especially when Michael Jackson became the top-selling performer of the decade with his Thriller album. You can’t fight the public if you want to remain relevant, and the public clearly wanted Michael Jackson. 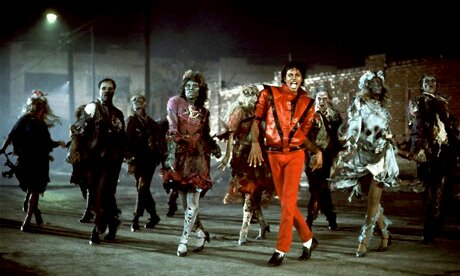 MTV was also known to do good things, such as their safe-sex campaign, which silenced critics who called MTV a negative influence on kids, and their 16-hour coverage of a live aid concert organized to raise money to fund famine relief in Ethiopia, something the major networks like ABC devoted only an hour of coverage to.

Programming milestones that have entered the television lexicon include the Video Music Awards, which aired for the first time in 1984; Spring Break, which was covered for the first time in 1986; Dial MTV (1986) was the first show to encourage viewers to call in to request their favorite music videos, a tradition that migrated to MTV Most Wanted (1991) and eventually to Total Request Live (1998), the most popular and longest lasting iteration of the concept hosted by Carson Daly; Their most famous rap block of the time was Fade to Black (1991) which transformed a year later into MTV Jams and was hosted by Bill Bellamy. Jams was so popular that it got a spin-off called Most Wanted Jams, which was the rap version of TRL. 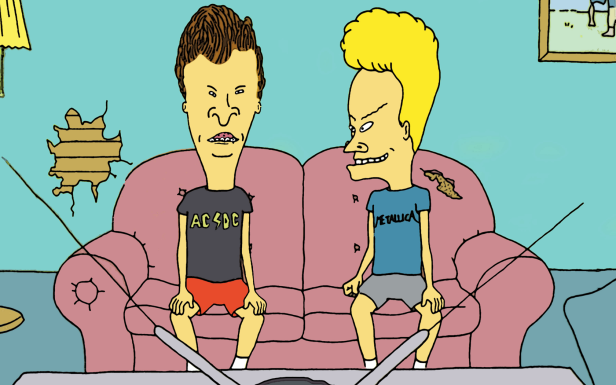 By the 1990s, many famous people of different musical tastes got exposure on MTV. Genres included:

Film directors who started out directing music videos on MTV include:

MTV was known for its animated series as well. These are my favorites:

MTV also popularized many non-music related reality shows. I don’t watch reality television so I don’t know which ones are the best or the worst, but these were the most popular ones: 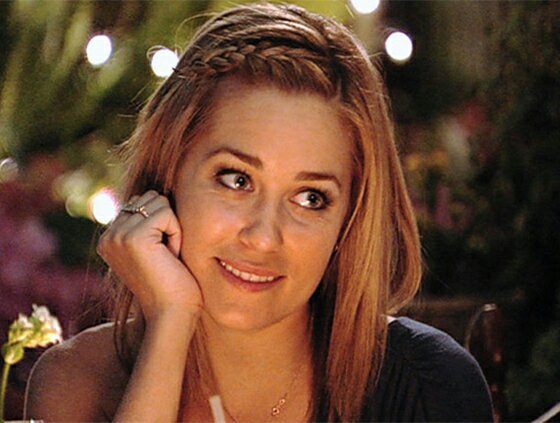 MTV has started focusing more on reality television in the 21st century, and soon scripted series entered the mix, some actually quite good, like Awkward., Teen Wolf and Faking It, but their shift away from music has sparked criticism from many viewers and musicians. Although it has sister channels like VH1, CMT and MTV2 to help out with musical content, many people still find it odd that a network called Music Television has completely dumped music from its main schedule.

Whether or not MTV will ever be as relevant to young adults and teenagers as it was in the eighties and nineties, I don’t know. People have endless ways online to see and hear their favorite artists now, and it’s not surprising that a demographic as young as MTV’s was the first to leave television, which is slowly being eclipsed by web series. It’s funny that Video Killed the Radio Star was the first music video to play on the network, because the lyrics were obviously a celebration of the format they were introducing… a format that ultimately got killed by the “Youtube star.”