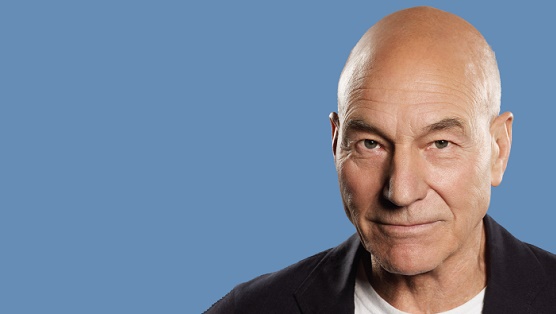 Patrick Stewart was born in 1940 in Mirfield, West Yorkshire, England. He grew up in a poor household with an abusive father (who had PTSD as a result of his service during the Dunkirk evacuation).

Stewart’s acting career can be traced back to his English teacher at the Crowlees Church of England Junior and Infants School, who put a copy of Shakespeare in his hand. This led to Stewart’s pursuit of studying drama. He even left school at the age of 15 and began participating in local theatre. In 1966 he became a member of the Royal Shakespeare Company, where many of England’s finest actors have studied (Helen Mirren, Ralph Fiennes, Daniel Day-Lewis, Ben Kingsley, Ian McKellan and many other got their start there). 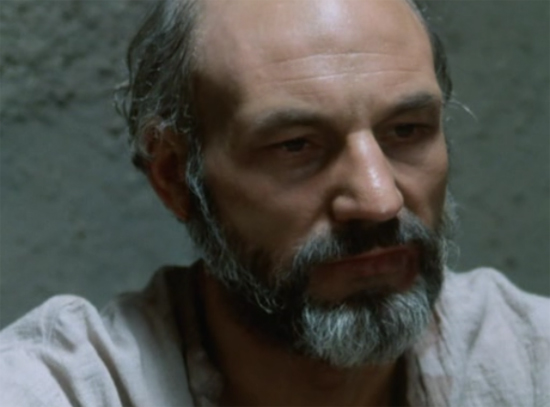 Stewart’s TV debut was on Coronation Street (1967), his Broadway debut was in A Midsummer Night‘s Dream, and in the ’70s and ’80s he appeared in various miniseries (Tinker Tailor Soldier Spy, Smiley‘s People) and movies (Excalibur, Dune).

Stewart was reluctant to venture into other genres besides classical theatre, so when they offered him the lead role in a sci-fi series, and his agent and colleagues told Stewart the show would probably fail and be quickly off the air, he took the job. That role was Captain Jean-Luc Picard on the TV show Star Trek: The Next Generation (1987-94), his most famous role up to that point and one he would revisit in four future films. Stewart has since called Star Trek the highlight of his career and has said that all those years in Shakespeare were nothing but preperation for sitting in the captain’s chair of the Enterprise. 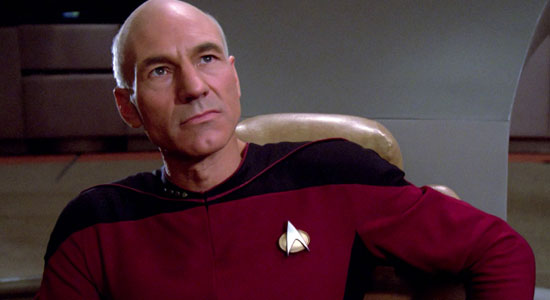 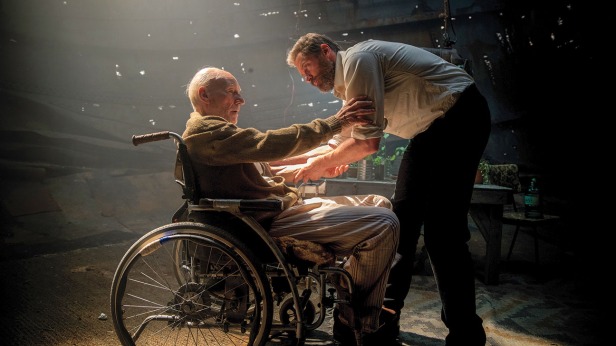 Initially typecast for his Star Trek role, he found it hard to get acting work, until the role of Charles Xavier in X–Men broke that curse. He has played the character in X–Men, X2, X–Men: The Last Stand, X–Men: Days of Future Past and all of Wolverine’s films, the last of which was Logan, which he announced was his final time in the role.

One of Stewart’s greatest achievements is his one-man show, in which he plays all of the roles in various classic stories like A Christmas Carol. He gave encores of this show throughout the nineties (and once for the benefit of 9/11 victims) and was awarded the Drama Desk Award and the Laurence Olivier Award for Best Solo Performance. 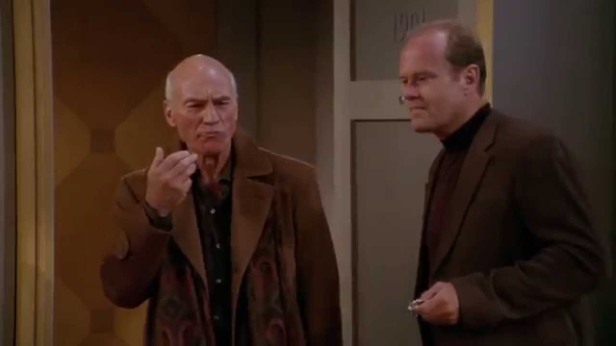 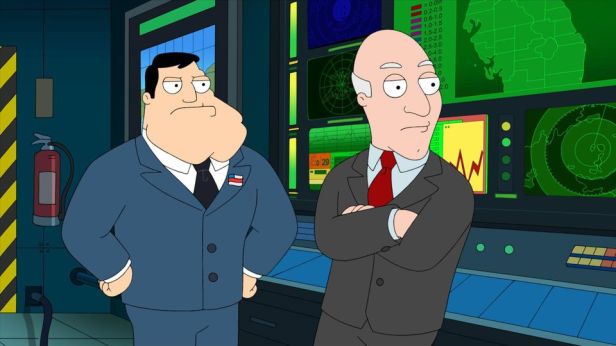 Stewart has acted in productions of Antony and Cleopatra, The Tempest, Macbeth, and Othello (in which Stewart played the white Othello in an all black cast). He has also had comedic roles in shows like The Simpsons, Frasier and Extras. His strong, authoritative voice has also gotten him many roles as a narrator on such projects as Prokofiev’s Peter and the Wolf, Vivaldi’s The Four Seasons, The Chronicles of Narnia and several documentaries.

Stewart is also a huge animation fan and has lent his voice to such films as The Prince of Egypt, Bambi II, The Nightmare Before Christmas, TMNT and The Emoji Movie. He is also a frequent collaborator of Seth MacFarlane’s and has worked with him on Ted, Family Guy, Blunt Talk, Cosmos and primarily on American Dad! as the voice of Avery Bullock, a role he continues to play to this day.

Stewart’s versatility as an actor is unmatched by many of his contemporaries. Few have matched his level of success showing the range he has shown in a variety of roles whether on stage or screen, live or animated, serious or funny, seen or heard, and he continues to be the highlight of every film or show I see him in.