Ever since the end of World War II, computers have had a steady and rapid evolution. They were housed primarily at universities and were being programmed to undertake a variety of tasks. The commercialization of computers began in the 1950s when the government and companies like IBM started acquiring the technology. It was around this time that video games were also getting their start.

The first interactive computer simulations were intended for instruction and research in fields like artificial intelligence but some were also created for entertainment purposes. The earliest known written computer game was a chess simulator completed in 1948 by Alan Turing and David Champernowne, but this never got past the concept phase. The computer games that were actually implemented in the early fifties were mainly computer versions of simple games like tic-tac-toe and checkers made by computer scientists who were passing the time between serious research.

As you can imagine, the mechanics and graphical displays in these days were static, primitive, and slow, but the first game to incorporate real-time graphical updates as you played was a pool simulator programmed by William Brown and Ted Lewis as a demonstration of the MIDSAC computer at the University of Michigan in 1954.

The earliest known game created solely for entertainment was Tennis for Two, designed by William Higinbotham and built by Robert Dvorak at Brookhaven National Laboratory in New York in 1958, which was made for the entertainment of the public at Brookhaven’s annual open house. Deleted the following year, video games would not be on the path to a commercial industry until the students of these computer scientists got ahold of the hardware in the 1960s. 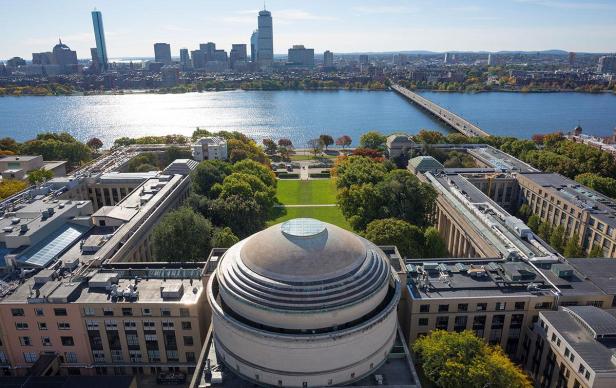 With the discoveries of real time computer commands and faster processing powers, for the first time students at MIT in 1958 were allowed to do their own research. The university allowed them to set the computer to tasks unrelated to classwork, which eventually led to the creation of the first computer game Spacewar!

Spacewar! was first programmed in 1962. It was inspired by the science fiction of E.E. Smith and depicted two dueling spaceships, each controlled by two different players using a custom built control panel. It was popular around MIT and other universities, especially as computers started becoming more popular and widespread. 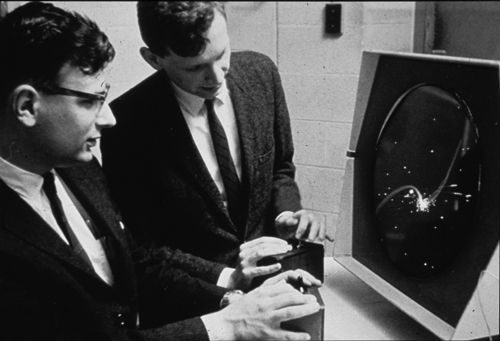 Only at the start of the 1970s when computer prices dropped could video games enter the mainstream. Still too expensive for the home, they found an early home in the coin-operated game industry, which was dominated by target shooting and driving sims at amusement arcades in the sixties.

When Nolan Bushnell, who had experience in the coin-operated game business, first saw Spacewar! he resolved to build a version for the public. He and experienced programmer Ted Dabney built Computer Space, in which you controlled a spaceship that dueled with two other computer-controlled spaceships. It was introduced to arcades in 1971 but had little impact. Pinball machines were still the biggest thing, but Bushnell was onto something when he brought video games to the masses for the first time.

Bushnell and Dabney founded Atari in 1972 and went on their own. It was at this company that the first critically and commercially successful video game, Pong, was made, but the concept for the game did not actually originate at Atari.

In the sixties, programmer Ralph Baer invented a way to transmit the image of a video game onto a television screen, paving the way for the home console market. With this discovery came the invention of the Magnavox Odyssey, the first commercial home video game console, which included multiple games, including a table tennis game that Nolan Bushnell had seen. When Bushnell hired Allan Alcorn at Atari, he told Alcorn to create a version of that game as practice to familiarize himself with video game design. It turned out to be so fun that Atari decided to release it under the title Pong, and in 1973 it began a craze.
This lead to copycats from other video game companies, of which there were so many that they almost oversaturated the market and turned video games into a fad, until 1978 when the arcade game Space Invaders was released. Pong was popular but Space Invaders was the game that cemented the popularity of video games.

Space Invaders was the first video game to introduce the concept of lives, high scores, and background music, and alongside Asteroids in 1979, which was also a hit, it lead to the abandonment of pinball machines and the domination of video games in most arcades, as well as the start of what many consider the golden age of arcade games (1978-1982). 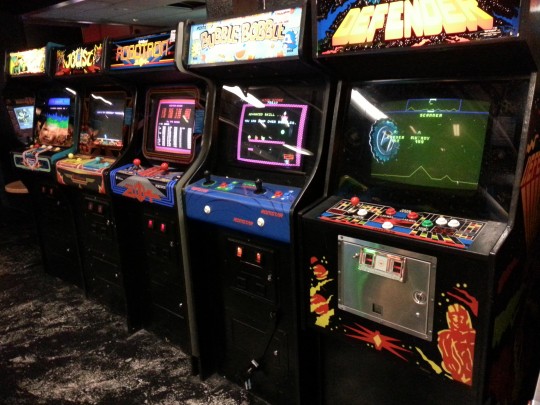 2 thoughts on “The Birth of Video Games”