In my last blog I discussed the evolution of the character Mario as he went from a carpenter in the arcade game Donkey Kong to a plumber in Mario Bros. to a hero who saves kingdoms in games like Super Mario Bros. to a man of many occupations and recreational activities in games like Dr. Mario and the Mario Kart series. But what I didn’t mention is how he entered the cultural zeitgeist so quickly that his career became bigger than just the video game industry.

The official voice actor who has been playing Mario ever since the early nineties is Charles Martinet, who has been working for Nintendo ever since 1990 at video game trade shows in which he would be able to interact with attendees as Mario in real time via some motion-capture technology that captured his voice as well as his facial performance, back when this kind of technology was still new. It was in his audition to play Mario that Martinet decided to forego the stereotypically deep and raspy Italian voice in favor of the light and friendly high voice that most people know as Mario’s voice (Martinet said he was inspired by Petruchio from the William Shakespeare play The Taming of the Shrew).

Martinet first began voicing Mario in actual video games beginning with the CD-ROM version of the PC game Mario Teaches Typing but he became most popular as the voice of Mario in the Nintendo 64 game Super Mario 64. Since then, Martinet has voiced the character in every Mario game along with Luigi, Wario, Waluigi, Baby Mario and Baby Luigi.

Charles Martinet was not the first person to voice Mario however. That honor goes to Peter Cullen (of Optimus Prime fame) who voiced Mario in his first appearance in a medium other than video games, which was the Ruby-Spears animated series Saturday Supercade (1983-84) which also starred Donkey Kong and Mario’s girlfriend Pauline.

That was followed in Japan by the 1986 anime film Super Mario Bros.: The Great Mission to Rescue Princess Peach directed by Masami Hata and based on the NES game Super Mario Bros. It starred Tōru Furuya (known for voicing Amuro Ray in Mobile Suit Gundam and Tuxedo Mask in Sailor Moon) as the voice of Mario and the film is notable for being the first official movie in history to be based on a video game. After making its theatrical debut it was released in Japan on retail VHS and Betamax tapes but has never been re-released on DVD or localized outside the country.

Japan also adapted Mario into animation with a series of three OVAs (Original Video Animation) produced by Studio Junio and released in 1989, each episode running for 15 minutes with the plots involving characters like Mario, Luigi, Peach, Toad, Bowser and the Koopalings in fairy tales.

Compared to the video games, most of these animated adaptations were of poor quality. More popular is the Super Mario-kun manga series written and illustrated by Yukio Sawada which has been running ever since 1991 and follows Mario and friends through the plot lines of the various video games, beginning with Super Mario World and extending all the way to Super Mario Odyssey.

Meanwhile in America, Mario has appeared in three more animated series from DiC Entertainment, the first one being The Super Mario Bros. Super Show! which aired in syndication in 1989 and starred Italian-American pro wrestler Capt. Lou Albano as the voice of Mario as well as the actor who portrayed Mario in the show’s live-action segments alongside Danny Wells who voiced and starred as Luigi. Those live-action segments featured some impressive celebrity guest stars including Sgt. Slaughter, “Rowdy” Roddy Piper, Gary Owens, Danica McKellar, Ernie Hudson, Larry Gelman, Cyndi Lauper and the Mistress of Darkness herself Elvira!

The series was followed by The Adventures of Super Mario Bros. 3 in 1990 and Super Mario World in 1991, both series airing on NBC. None of the animated shows from DiC were particularly noteworthy in terms of quality but they served their purpose, and besides they introduced me to the character so I’m glad they existed.

Next America would try its hand at a Mario movie, only this one was in live action courtesy of Disney’s Hollywood Pictures. The 1993 sci-fi comedy, which the filmmakers revealed was inspired by Ghostbusters and The Wizard of Oz, starred Bob Hoskins as Mario, John Leguizamo as Luigi and Dennis Hopper as President Koopa. The writing as well as the direction by Rocky Morton and Annabel Jankel was largely criticized for venturing too far from the tone of the video games and despite some creative art direction and groundbreaking VFX work it bombed in theaters. It does have a cult following from some fans who appreciate its weirdness but it was mostly disowned by everyone involved with it. 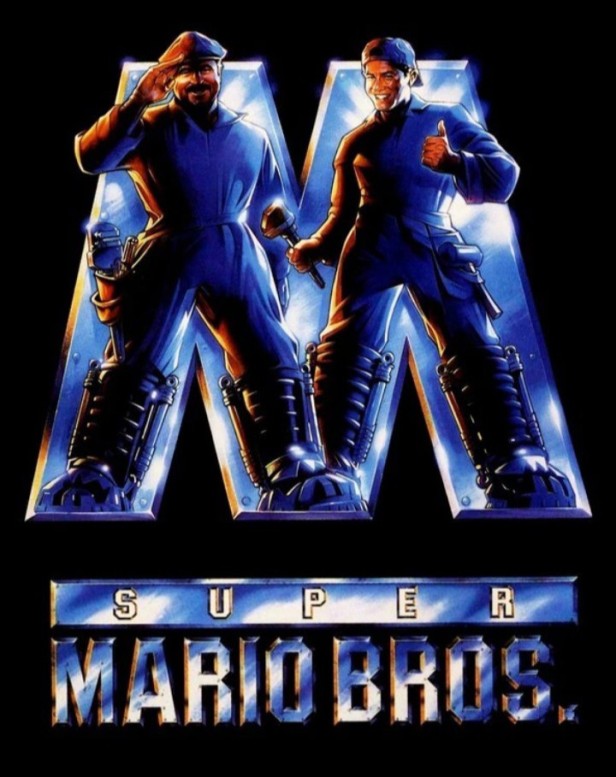 Animation studio Illumination is currently working on a film adaptation of the video games with no connection to the live-action film and this time Mario creator Shigeru Miyamoto is heavily involved as a producer alongside Illumination founder Chris Meledandri (who is a producer on all of Illumination’s films including Despicable Me, The Secret Life of Pets, Sing and The Grinch) so hopefully it will turn out better. As of this writing, Universal plans to release the film some time in 2022.

Until then you can also see Mario and friends in person at the Japanese theme park Super Nintendo World in Universal Studios Japan. The park will also be coming to the U.S. as part of Universal Studios Hollywood in 2025 and Shigeru Miyamoto is heavily involved in the design of the park as well. Nintendo’s answer to Mario’s popularity is apparently to make him even more popular as Nintendo prepares to enter the domain of animated films and theme parks with the intention of reaching Disney levels of popularity.

Luckily throughout his rise in pop culture, Mario has never lost his appeal. He is the most unlikely hero in all of video gaming. He was not meant to be a cool character like Sonic the Hedgehog, Cloud from Final Fantasy or Master Chief from Halo, and Shigeru Miyamoto never expected the plucky mustachioed carpenter to become as popular as he did. But Nintendo’s high standards for quality entertainment which have kept the video game publisher on the map for decades and Miyamoto’s genius as a designer made it inevitable that Mario would become as famous and beloved as he did, because now every time you see Mario you just automatically associate him with fun.