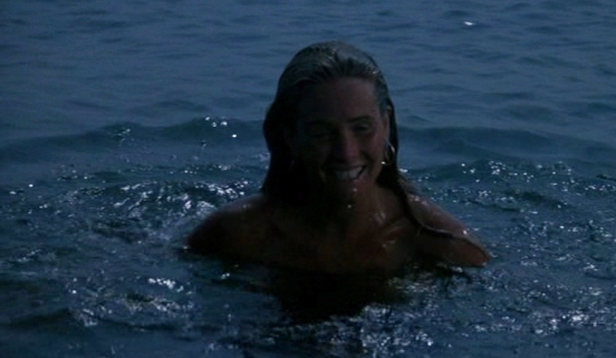 I wrote previously about the rise of the New Hollywood period in the sixties following the auteur movement that began in Italy and France and inspired filmmakers like Francis Ford Coppola and Martin Scorsese to shift the industry away from the studio system and towards a more creative and independent art-driven direction. Many people saw this as the maturity of Hollywood. A time when movies finally stopped hiding from things like politics, sex and the imperfections of humanity and began challenging audiences with stories featuring heroes who were not perfect, endings that were not happy, stories that were more complex and morals that were less black and white.

However, what Hollywood would soon find out was that mass audiences did not go to the movies to see reality. They went to the movies to escape reality. After all Taxi Driver is not the type of movie you wanted to see if you were looking for something fun to do on a Saturday night. Especially if you had a family and kids.

Something new began to happen in the late seventies. Hollywood studios started realizing that the movies that were making the most money were the ones that were less real and more action, fantasy, horror and science fiction-oriented. These were the types of movies that often told simple stories about adventure, love, family and good vs. evil. These are the ones that were the most commercially successful because the mainstream movie-going public is not really drawn to complexity. The goal of these new movies was seemingly to recapture something that got lost when cinema became jaded in the New Hollywood era, and that was innocence, wonder and spectacle.

Hollywood was beginning to leave the era of high art and enter the era of the sequel, the talent agent, the multiplex, the Dolby soundtrack and the videocassette. An era pioneered by filmmakers like Steven Spielberg and George Lucas whose movies were grander in scale than anything done before. Thanks to movies like Jaws, Star Wars, Close Encounters of the Third Kind and Superman, Hollywood studios were more eager to spend big money to make big profits. This was cemented in the 1980s when huge blockbusters like The Empire Strikes Back, E.T. the Extra-Terrestrial, Raiders of the Lost Ark, Ghostbusters, Back to the Future and Batman came out. Audiences loved and continue to love these types of movies and they would go on to define Hollywood from this period forward.

Even more mundane films like Rocky, Flashdance and Kramer vs. Kramer reflected a cultural shift in America. These movies also told ambitious stories but they were more grounded and more relatable to everyday Americans than something like The Godfather. These were not cynical films. These were hopeful films about characters who were determined to win. This attitude about winning, conquering life and achieving everything you set your mind to was perfectly in alignment with Ronald Reagan’s America of the 1980s, Reagan of course championing the mindset that anyone can achieve anything if they have talent and determination. Out was the focus on movies about losers on the margins of society like Easy Rider and in was the focus on movies about winners who could have it all like Rocky.

Several shifts in this period were happening at once. George Lucas’ Star Wars (1977) changed the way Hollywood films looked and sounded more than any other. Before that film came out, science fiction was not even considered profitable. Today Hollywood releases at least five sci-fi films every year.

John Carpenter’s Halloween (1978) paved the way for Friday the 13th, Nightmare on Elm Street and a slew of horror movie clones for years to come.

While cops and soldiers were often villified after the sixties and into the seventies due to the civil rights movement and the Vietnam War, the 1980s often glorified the police force and the military. Look at Beverly Hills Cop, Lethal Weapon, RoboCop and Die Hard as well as Commando, Top Gun, Red Dawn and Predator.

It was probably not a coincidence that while this shifting attitude was taking place, Heaven’s Gate, a complex, depressing and very much not escapist Western epic, was the biggest box-office disaster in Hollywood at the time when it came out in 1980, the same year that The Empire Strikes Back, a sequel to Star Wars, became the biggest seller that year.

The numbers don’t lie and it was official. America was tired of being depressed and they wanted to have fun at the movies again.

As I said, no one pushed the envelope in this period like George Lucas and Steven Spielberg. Lucas, an imaginative storyteller like no other who first got attention when he directed the dystopian sci-fi drama THX 1138 (1971) before finding commercial success with the 1950s-set teen comedy American Graffiti (1973), genuinely changed the course of Hollywood with the Star Wars saga, Lucas’ intention being to write a nine-part epic separated into three trilogies, the central trilogy consisting of Episode IV: A New Hope, Episode V: The Empire Strikes Back and Episode VI: Return of the Jedi, the films that Lucas made first. The point being, this was an elaborate story that was bigger than just one film. It was like something Hollywood had never seen before because it had the fun of Flash Gordon but the deep mythology of The Lord of the Rings, and it inspired a generation of nerds and sci-fi geeks along with Dungeons & Dragons and the comic books of Marvel.

The Indiana Jones films which began with Raiders of the Lost Ark (1981) and were also produced by Lucas similarly brought back the fun of classic Hollywood serials from the thirties and forties and it had a lasting impact on the film industry as well. These movies, by the way, were directed by the other major player in the rise of the blockbuster, Steven Spielberg.

Spielberg previously took a Roger Corman B movie-style concept about a killer shark and turned it into a serious survival tale. Jaws (1975) had New Hollywood-style acting skills that gave it an air of seriousness along with the film’s realistic approach to the characters that fully immersed you into the suspense. Spielberg achieved something similar earlier in his directing career with Duel (1971), a movie about a man being stalked by a deranged truck driver on the road.

Spielberg knew how to put believable characters into extraordinary situations, which helped make the fantasy elements in his films easy to buy. Among the best examples of this are Close Encounters of the Third Kind (1977), Poltergeist (1982), E.T. the Extra-Terrestrial (1982) and Jurassic Park (1993). Although the tendency to center his films on big sweeping moments which causes some people to accuse Spielberg’s films of being either sappy or overly ambitious has hurt films like Always (1989) and even his action-packed comedy dud 1941 (1979) but it is rare that those tendencies ruin his films. Having said that, I actually sometimes think the films Spielberg produced for Amblin Entertainment like Gremlins (1984), Back to the Future (1985) and Who Framed Roger Rabbit (1988) feel more like Spielberg films than the films Spielberg directed.

Steven Spielberg was very much like the Cecil B. DeMille or Walt Disney of the second half of the 20th century, along with George Lucas, Robert Zemeckis, Joe Dante, James Cameron and others who sought to bring wonder and mythology to Hollywood like modern day J.R.R. Tolkiens, setting the stage for later imaginative blockbuster filmmakers like Peter Jackson, Guillermo del Toro, J.J. Abrams, Zack Snyder, Michael Bay, Christopher Nolan and Kevin Feige.