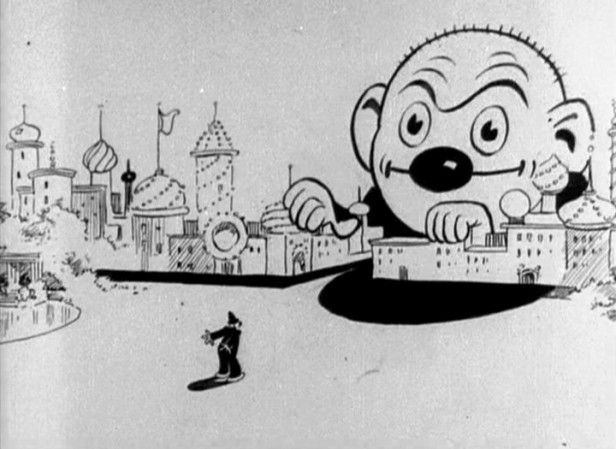 While Disney and Warner Bros. are some of the most prolific animation producers in Hollywood, sometimes the most influential studios last a couple of decades before they run out of steam. Which brings me to one of my favorite animation houses Fleischer Studios. Founded in New York City in 1921 by brothers Max and Dave Fleischer as Inkwell Studios, the studio best known for characters like Betty Boop and Popeye had done a good job distinguishing itself from the competition (which was Disney most of the time) by aiming more at adults and being more artistically experimental with a focus on surrealism, plus portraying gritty urban environments as opposed to the country-focused Mickey Mouse and Silly Symphony cartoons. 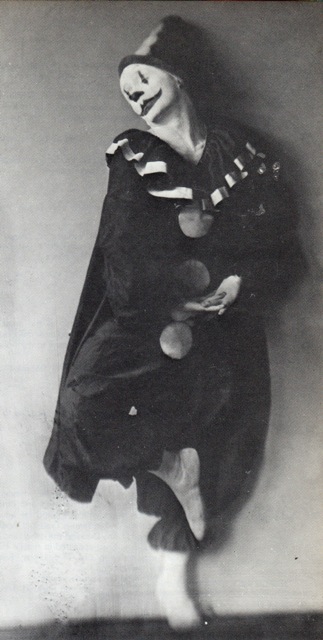 In the age of World War I, the Bray Studio was the top animation studio in Hollywood. Founded by animation producer John Randolph Bray who employed such future animation legends as Grim Natwick, Pat Sullivan, Jack King, Clyde Geronimi and Shamus Culhane, the studio had hired photographer, artist and inventor Max Fleischer and Vaudeville usher Dave Fleischer in 1918 to create animated shorts in a series of cartoons called the Out of the Inkwell series, which lasted until 1927 (when it underwent a transition to the Inkwell Imps series which lasted until 1929). 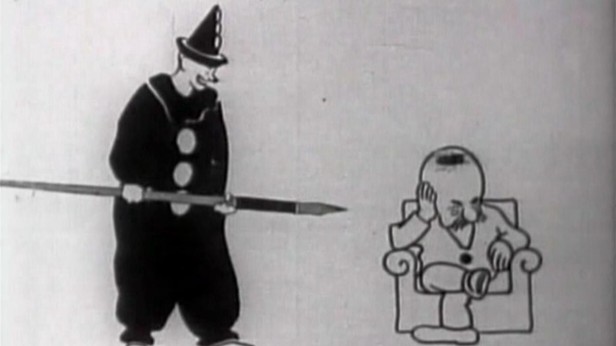 Innovative technician that Max Fleischer was, he found a way to fix the stilted movements of early animated characters by inventing the rotoscope technique, an animation technique that literally traced the movements of a filmed human being to create smooth movement. While Dave Fleischer dressed as a clown, his movements were traced by animators to create the Out of the Inkwell mascot and longtime Fleischer mainstay Koko the Clown. Rotoscoping has been used by the Fleischers frequently throughout their film career and it has become popularized by animators at other studios through the decades as well.

In 1921 following Bray’s legal disputes with their distributor The Goldwyn Company after failing to meet their production demands, the Fleischers decided to leave Bray and start their own studio. That year the Inkwell Studio was founded with Dave Fleischer serving as the primary director and production supervisor and Max serving as the producer.

With the hiring of Dick Huemer, an experienced animator who started out working on Mutt and Jeff cartoons in 1916, the Fleischers moved more into a distinctly cartoony and artistically concrete direction with a Koko the Clown redesign and a new character who would eventually evolve into Bimbo the dog. 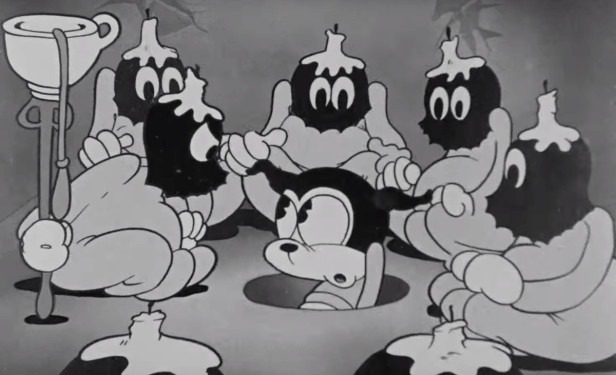 In the 1920s during the silent era, the inventive Max Fleischer would experiment further with the use of animated characters in live-action backgrounds with a technique known as rotographing, stop-motion animation with the Animated Hair series and even the bouncing ball sing-along with a series of cartoons that the Fleischers called Car-tunes, featuring such popular songs as “By the Light of the Silvery Moon” and “Coming through the Rye.”

After a stint with theater owner Red Seal following the fallout with Bray, the Fleischers would abandon Inkwell Studios and form Fleischer Studios in 1929, earning profits by working on industrial films before securing a contract with Hollywood film studio Paramount to distribute their animated films, beginning in 1929 with their bouncing ball sing-along series which at this time was branded as Screen Songs.

In the sound era, Inkwell Imps was replaced by the Talkartoons series, the first being Noah’s Lark (1929). These shorts were mostly just one-shots until the introduction of Bimbo the Dog, a character who was originally intended to be the Fleischers’ answer to Mickey Mouse until Betty Boop stole the show as a side character in the 1930 cartoon Dizzy Dishes (the side character outshining the star has been the origin of some of the most popular cartoon characters, including Donald Duck, Daffy Duck, Bugs Bunny and Woody Woodpecker). Betty Boop was originally a canine like Bimbo but she was changed into a human character in 1932. 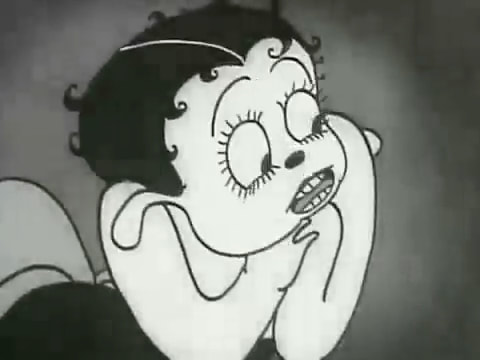 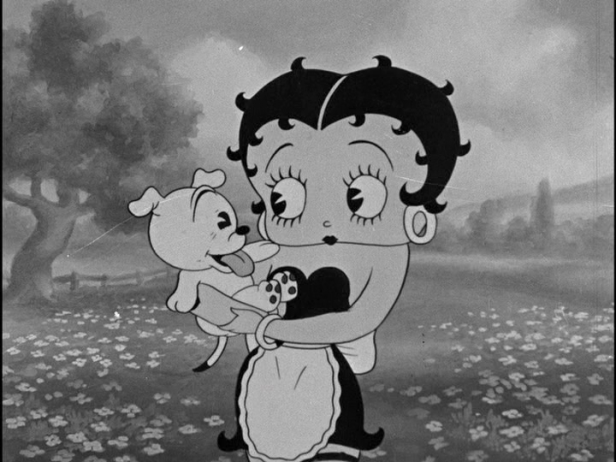 The childlike but feminine flapper girl Betty was a favorite in Depression-era America and her cartoons were even used as vehicles for promoting such jazz artists as Louis Armstrong and most famously Cab Calloway whose movements were rotoscoped into the bodies of several cartoon characters (including Koko as I just showed you in a GIF) in a trio of Betty Boop cartoons.

Unfortunately the 1934 Hays Code hit Paramount hard since this studio tended to produce the most adult-oriented films, which led to the Fleischers eventually sweeping Betty Boop to the side. 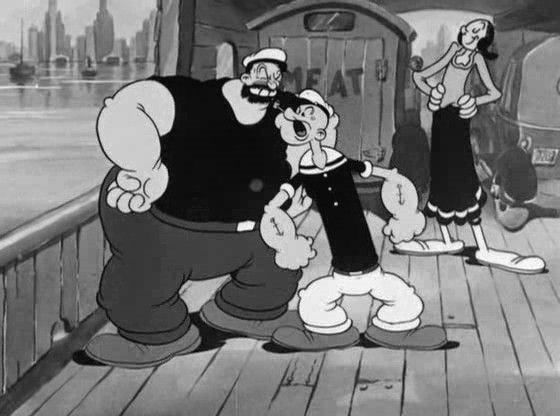 Fortunately the licensing of E.C. Segar’s comic strip character Popeye the Sailor led to Fleischer’s biggest success. Popeye made his animation debut in 1933 with the cartoon Popeye the Sailor and he eventually surpassed Mickey Mouse in popularity. As someone who finds Popeye cartoons generally more entertaining than Mickey Mouse cartoons (Popeye, Olive Oyl and Bluto had more personality than Mickey, Minnie and Pete) this was not a surprise for me to learn.

Fleischer was actively competitive with Disney and Max Fleischer wanted to create an animated feature film at the same time Walt Disney was creating Snow White and the Seven Dwarfs (1937) but Paramount shot Fleischer’s proposals down. That is until Snow White made huge money at the box office.

Paramount had opened a new animation studio in Miami, Florida with the intention of having a separate studio for feature film production. With a Christmas 1939 deadline, Fleischer started work on their first feature film Gulliver’s Travels. The movie lacks a strong story and a clear vision and would never be mistaken for a Disney film but it was made with a $700,000 budget and grossed $3 million so it was a success.

Paramount capitalized on the film’s success with a spin-off series of shorts made between 1940 and 1941 starring Gabby (Pinto Colvig) the Liliputian town crier but these were not popular. Nor was Fleischer’s feature film follow-up Mr. Bug Goes to Town (1941) which bombed at the box office.

The pressures of finishing Gulliver’s Travels and other personal issues caused Dave and Max Fleischer’s relationship to fall apart and they stopped speaking to each other outside of professional memos, which left Dave in sole control of the film’s production, and after the success of Gulliver’s Travels, the studio struggled to provide theaters with successful cartoon series outside of Popeye (Gabby, Animated Antics and Stone Age Cartoons were all unsuccessful) until Paramount bought the rights to DC Comics character Superman, who made his animation debut in 1941 with the cartoon Superman, the most expensive cartoon in Fleischer history at $50,000 and an Academy Award nominee.

While the Superman cartoons were a huge success, they were not enough to save the floundering animation studio which eventually went under in 1942. Paramount took control of the Fleischer brothers’ animation studio and renamed it Famous Studios which continued making Popeye cartoons and many others based on Harvey Comics such as Casper the Friendly Ghost and Little Audrey, but these were all formulaic and less ambitious than the cartoons of the Fleischers.

The studio only lasted about two decades because the Fleischers were at their best at a certain period of time, much like Charlie Chaplin who never made a talkie as good as any of his silent films. But at least their legacy is strong. The cartoons they made continue to be inspirational to artists and animators to this day. Look at the video game Cuphead for example. That game’s developers pointed to Fleischer as their primary artistic influence and it shows. Plus Betty Boop continues to be an international celebrity who I see everywhere. Bruce Timm said the Superman cartoons were an influence on the art style of Batman: The Animated Series. And like I said, the rotoscope technique is revolutionary. That studio deserves as much credit as any other animation studio for their contributions to the evolution of the medium. 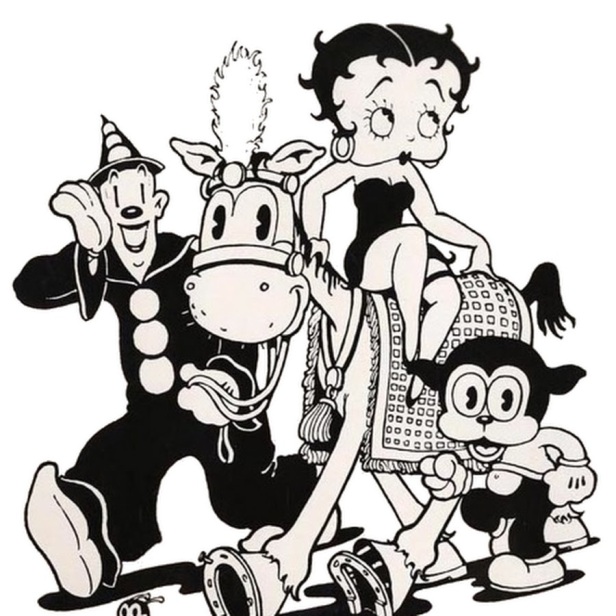