“Here is adventure. Here is romance. Here is mystery. Tropical rivers – silently flowing into the unknown. The unbelievable splendor of exotic flowers…the eerie sound of the jungle…with eyes that are always watching.” – Walt Disney

Originally envisioned by Walt Disney as True-Life Adventureland, named after Disney’s famous True-Life Adventures nature documentary films which showed audiences from the 1940s to the 1960s the wildlife of Asia and Africa. Adventureland represents an idealized view of the exotic wild capitalizing on the tiki craze of post-war America and features conga drums, tiki torches, ancient architecture and animals galore. 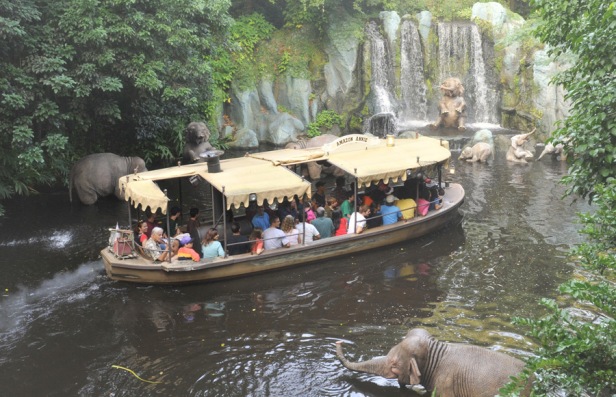 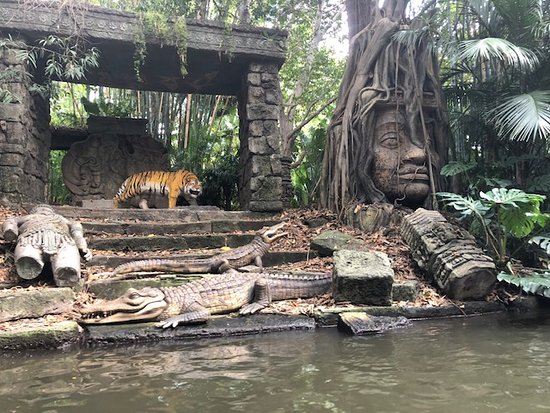 Jungle Cruise is Adventureland’s star attraction. This riverboat ride simulates a cruise through the rivers of South America, Asia and Africa, taking in the sights of many audio-animatronic jungle animals along the way. Walt Disney originally wanted real animals but was advised against the idea by zoologists, prompting the Imagineers to build mechanical animals instead. The ride is inspired in part by the 1951 John Huston film The African Queen as well as the True-Life Adventures, especially The African Lion (1955).

The Enchanted Tiki Room first opened in 1963. It was originally going to be a restaurant featuring serenading audio-animatronic birds, but instead it became a musical show hosted by the birds (also featuring singing flowers and totem poles) performing the songs “The Tiki Tiki Tiki Room” by The Sherman Brothers and “Let’s All Sing Like the Birdies Sing” before finishing the show with “Hawaiian War Chant.” The four international macaws in the show included José the Mexican macaw voiced by Wally Boag, 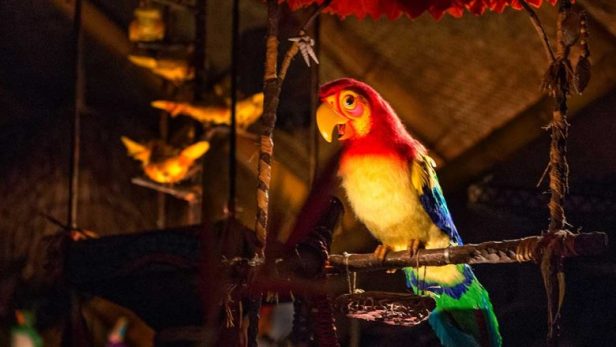 The technology used in this attraction was particularly amazing for 1960s standards and it has been updated through the decades and continues to amaze Disneyland’s guests. 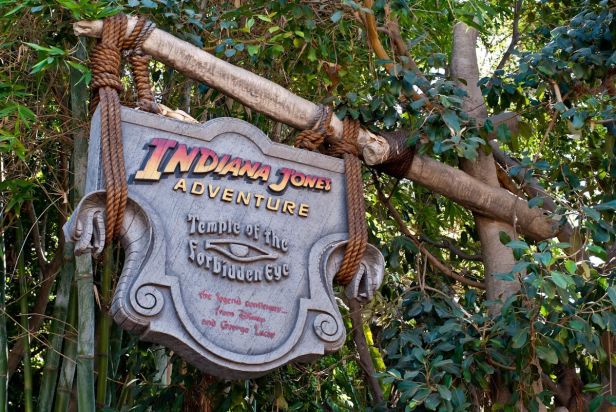 The story involved a temple deity named Mara offering one of three gifts (riches, immortality or the ability to predict the future). The guided tour of the temple is essentially Sallah’s way of raising funds for an archaeology expedition to reach Mara. Meanwhile, Indiana Jones has ventured inside the temple and has yet to return, so be on the lookout for him as you explore the temple. 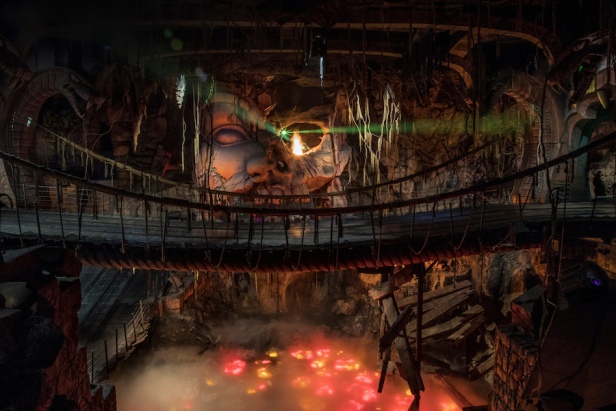 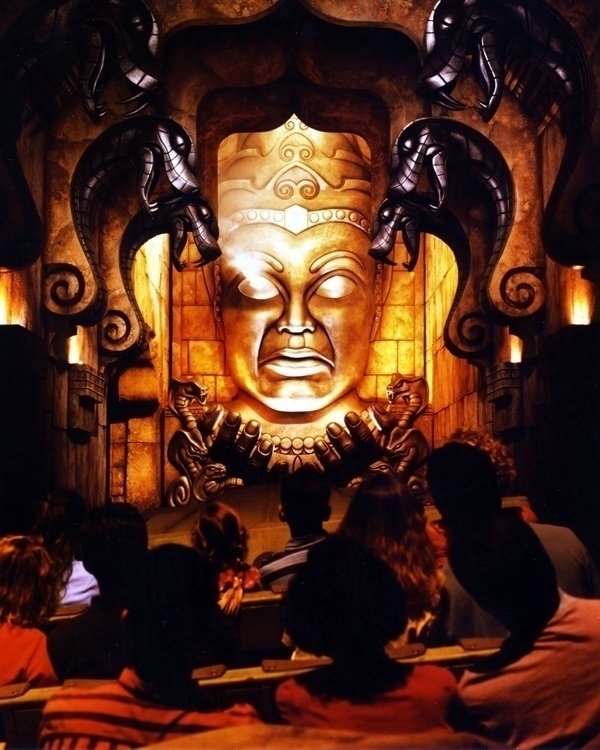 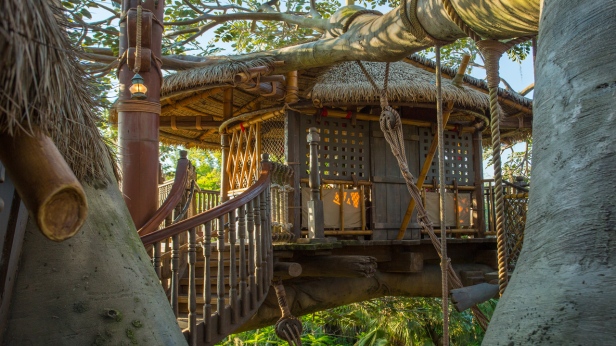 When you are done exploring the wilds of Adventureland, get a refreshment at the Tiki Juice Bar, the Tropical Hideaway, the Bengal Barbecue or the Tropical Imports and get some shopping done at the Bazaar or the South Seas Trader.

If you had arrived here in the nineties, I would have suggested you check out the dinner theater as well. From 1993 to 2008, Aladdin’s Oasis used to occupy Adventureland, itself a replacement for the Polynesian themed Tahitian Terrace which was Disneyland’s first dinner theater. But I guess Disney didn’t want a guy who steals bread setting a bad example for children.