“To all who come to this happy place: Welcome. Disneyland is your land. Here age relives fond memories of the past, and here youth may savor the challenge and promise of the future. Disneyland is dedicated to the ideals, the dreams, and the hard facts that have created America, with the hope that it will be a source of joy and inspiration to all the world.”

Walt Disney dedicated those words to the first Disneyland theme park on July 17, 1955 in Anaheim, California 65 years ago today.

I should say that I had never been to any of the Disney parks before but I had always wanted to visit since I was a kid, which is why I was so shocked when my girlfriend (a fellow Disney fan who has been to the Magic Kingdom in Florida) surprised me by saying she and I would be going there together later this year. Jubilation ensued as the childhood dream of one of the biggest Disney geeks on the planet was finally coming true and we booked tickets to Anaheim for September. Unfortunately those plans had been put on hold due to the pandemic caused by COVID-19 as the parks closed indefinitely for the first time in history.

So how do I cheer myself up in the face of one of the worst pieces of news I have ever gotten while simultaneously paying homage to the most famous theme park on its 65th anniversary? Here’s how. I plan to profile the different areas of the theme park from Toontown to Tomorrowland in various blogs as a way to teach you about the history behind its many famous attractions. In doing the research for this blog I have learned a lot of things myself, and my hope is that by the time I finish covering all nine areas of Disneyland, it will make me look forward to visiting the park even more by the time it reopens. 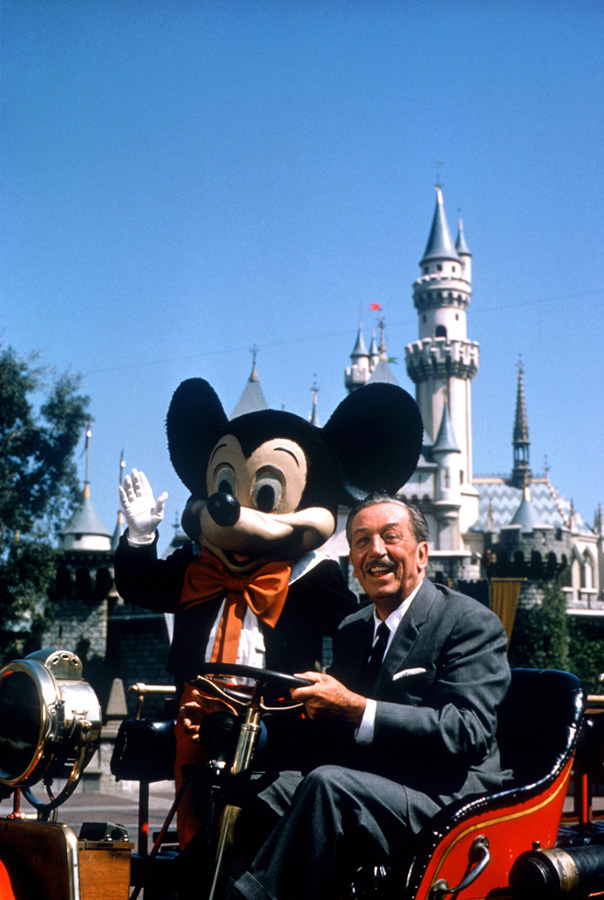 Walt Disney first had the idea to create a theme park when watching his daughters ride the merry-go-round in Griffith Park in Los Angeles, dreaming of a place where kids and adults could have fun together. He had been planning the park’s creation as early as the forties, referring to it as Mickey Mouse Park in those days.

Walt Disney thought about putting it in Burbank but the land near Disney’s headquarters was not big enough for his ambitions. Instead he acquired 160 acres of orange groves and walnut trees in the Orange County area, obtaining funding through his various television endeavors with the anthology series Disneyland on ABC which first aired in 1954. That same year construction on the theme park began, costing $17 million to complete and opening a year later, eventually becoming the most popular theme park in the world to this day.

Visitors who enter the park will first be greeted by Main Street, U.S.A., with the sight of Sleeping Beauty Castle at the end of the street in the center of the park.

Main Street is largely inspired by Walt Disney’s hometown of Marceline, Missouri and designed to resemble the ideal town of turn-of-the-20th-century America, with various other towns that inspired Walt incorporated into its aesthetic as well. Walt supervised the construction of the entire park and it was his intention for Main Street to make older visitors harken back to their childhoods while sending younger visitors through a time portal to yesteryear.

Walt actually loved Main Street so much that he had a personal apartment located in Main Street above the firehouse, although it is off-limits to the public.

The modern Main Street differs from the Main Street of the 1950s in a few ways. Back when the park first opened there were bandstands and shooting galleries and from the seventies to the nineties the Main Street Electrical Parade lit up the streets at night. Of course, Main Street is still the site of many parades from time to time, often celebrating special occasions such as the theatrical releases of movies like The Lion King in 1994 and Mulan in 1998. It’s the same with exhibits like Disneyland: The First 50 Magical Years which was held in Main Street from 2005 to 2009.

Among the various things you can do in Main Street is order food at restaurants such as Main Street Market House, Plaza Inn, Carnation Café, Gibson Girl Ice Cream Parlor and Jolly Holiday Bakery. 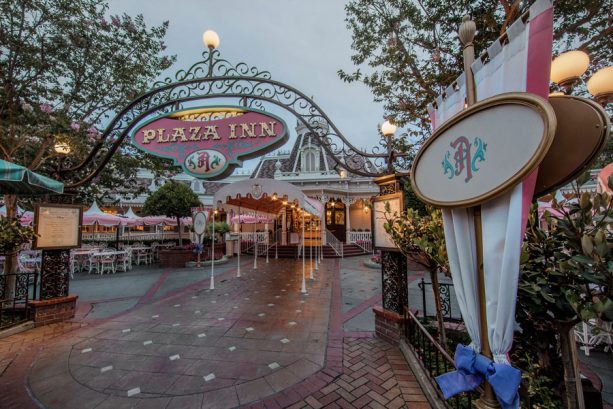 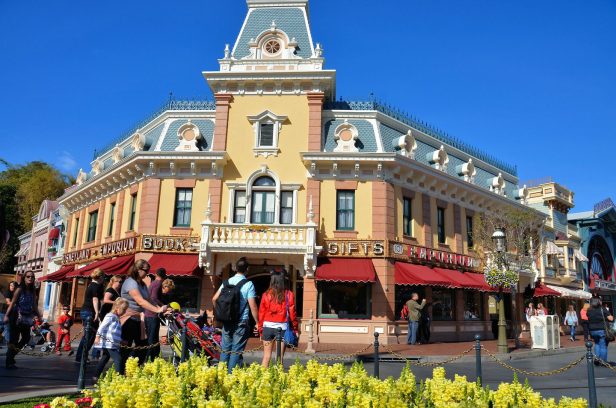 You can also watch a cartoon short like Steamboat Willie at the Main Street Cinema, a movieplex with six different simultaneously-playing screens.

Plus as you navigate Main Street, you will occasionally hear The Dapper Dans barbershop quartet, found on the horse-drawn trolley in the mornings and singing all over Main Street in the afternoons, even serenading you as you get a haircut at the barbershop.

The Disney Gallery is an attraction created by Walt Disney under the name The Royal Suite with the intention of having a special area for hosting big events. It was initially set in New Orleans Square away from the busy traffic of the Main Street area but the project was abandoned following Walt Disney’s death in 1966. It finally opened in New Orleans Square in 1987 but relocated to Main Street in 2009 and serves as an exhibition area showcasing various Walt Disney Imagineer artwork created in Disneyland’s design stage. Merchandise could be purchased at the Gallery as well, making it the only location in the entire park listed on the map as both an attraction and a merchandise location.

Great Moments with Mr. Lincoln made its public debut at the 1964 New York World’s Fair and showed up in Disneyland a year later. Walt originally wanted a show that would pay tribute to all the U.S. presidents, but technological limitations prevented a show of that scale and instead Walt Disney’s favorite president Abraham Lincoln became the focus of the show (Walt’s dream of a “Hall of Presidents” wouldn’t be realized until 1971). The show, in which Abraham Lincoln addressed the Disneyland visitors in a 5-minute speech, was Disney’s first use of a humanoid audio-animatronic.

Various seasonal fireworks shows come to Main Street annually such as the Halloween Screams show hosted by Jack Skellington, the Disney’s Celebrate America show held around the fourth of July and the Believe…In Holiday Magic show typically held from November to January. 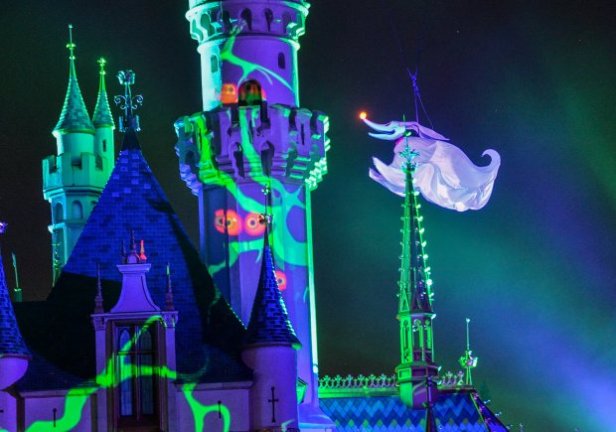 One of the most iconic rides in Disneyland is the Disneyland Railroad, conceived by Walt Disney and inspired by the ridable miniature railroad from Walt’s own backyard. The train circles most of the park and a round trip is around 20 minutes across a 1.2-mile route.

Next time you take my Disneyland Tour we will be riding that train to the various lands within Disneyland and I will tell you the history behind the other eight locations in eight different blog posts.