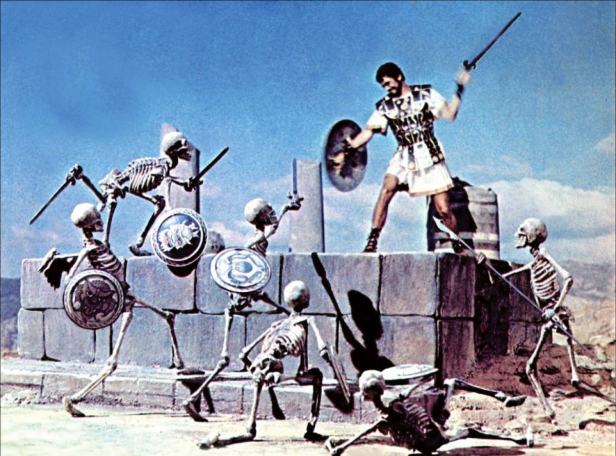 What do Steven Spielberg, George Lucas, Peter Jackson, James Cameron, Joe Dante, Guillermo del Toro and J.J. Abrams all have in common besides being some of the greatest sci-fi and fantasy filmmakers of our time? They all pinpoint Ray Harryhausen as a major inspiration to their work, and for a long time before studios like Industrial Light & Magic popularized the use of computer-assisted visual effects, the influential stop-motion animator was the master of movie magic. 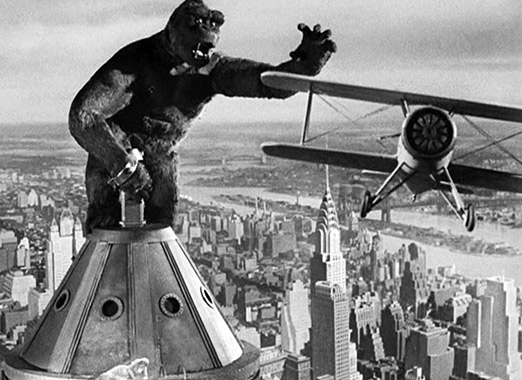 Ray Harryhausen would not have been interested in animation if not for the pioneer work of stop-motion model animator Willis O’Brien and his work on the famous 1933 monster movie King Kong. Watching that movie inspired Harryhausen to experiment with his own sci-fi animated shorts. When a friend of Harryhausen’s arranged for him to meet O’Brien, O’Brien encouraged Harryhausen to study graphics art and sculpture to further hone his skills.

Following the discovery of Harryhausen’s demo reel for his unfinished project Evolution of the World, the first commercial job he secured as a model animator was on George Pal’s Puppetoons series. 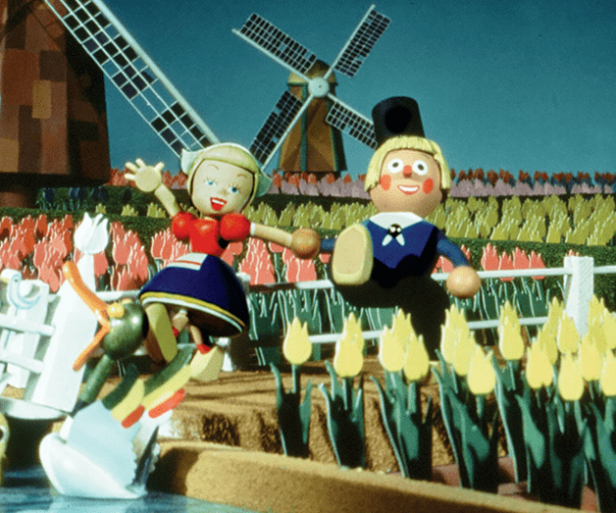 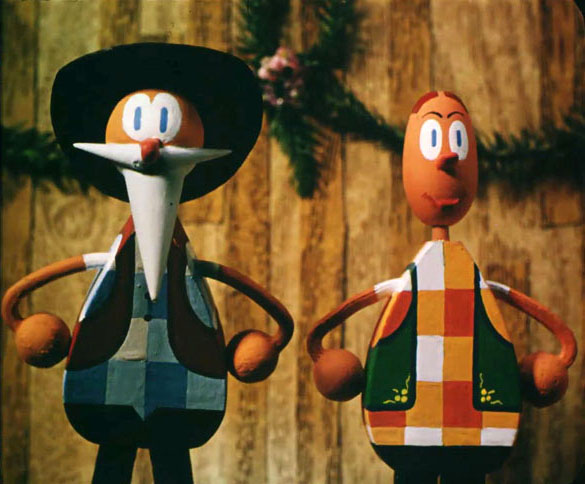 He continued animating shorts while serving in World War II that detailed the use and development of military equipment just like every other animation studio in the forties, and following the war he salvaged his unused film rolls to make animated films of his own, including fairy tale-themed shorts about Little Red Riding Hood, Rapunzel, Hansel and Gretel and King Midas. It was during this time in the late forties that Harryhausen got hired as an assistant animator on his first major Hollywood feature film Mighty Joe Young (1949). 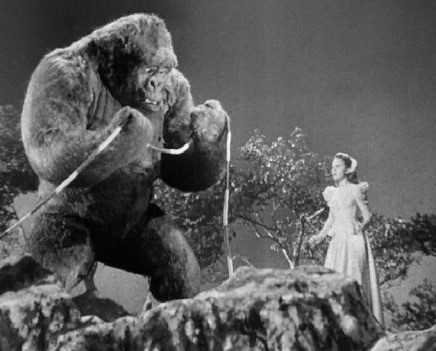 The first time Harryhausen was in full charge of a feature film’s visual effects was on the 1953 sci-fi monster film The Beast from 20,000 Fathoms based on the 1951 short story The Fog Horn by Ray Bradbury, and it was a major international box office hit for Warner Bros. 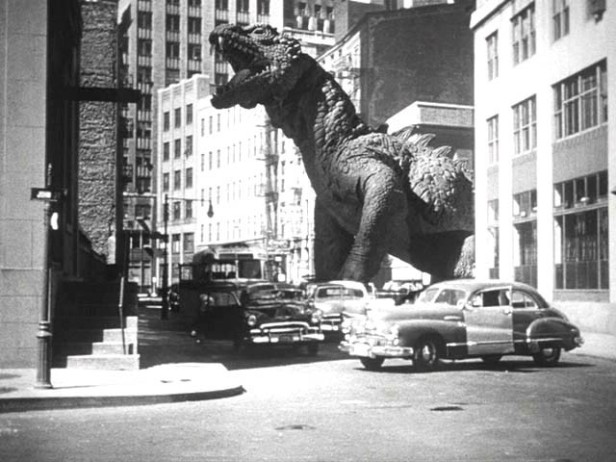 Harryhausen actually invented a technique where he combined live-action footage with stop-motion footage in one shot. The technique would be known as “Dynamation” (Harryhausen’s producing partner in the fifties Charles H. Schneer coined the term) and the first time the technique was implemented was on The Beast from 20,000 Fathoms. The technique was a way of making the animated characters more believable, which Harryhausen often tried to convey in his films. He had a technical mastery of lighting and camerawork that further helped this illusion.

Although he was never credited as a director on his feature films, he had heavy involvement in story, script, storyboards, design, art direction and even the tone for most of them, generally working alone on visual effects, which was not only more efficient but more cheap. 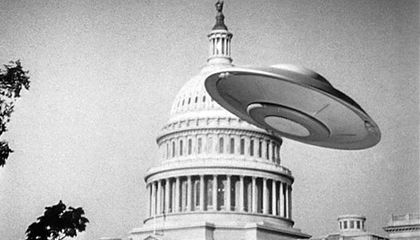 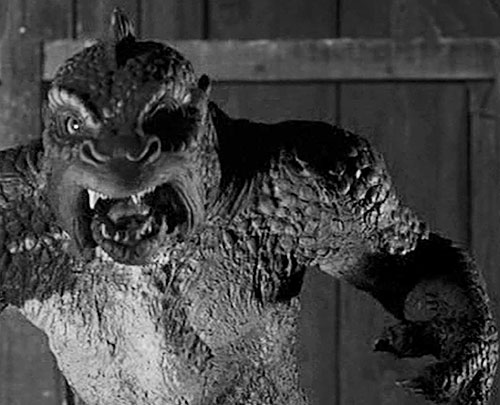 Moviegoers in the 1950s couldn’t get enough of monster movies. Harryhausen’s next films It Came from Beneath the Sea (1955), Earth vs. the Flying Saucers (1956) and 20 Million Miles to Earth (1957) were all box office hits, and Harryhausen’s first color film The 7th Voyage of Sinbad was the top-grossing film of the summer of 1958 and one of the biggest movie hits of 1958 in general. 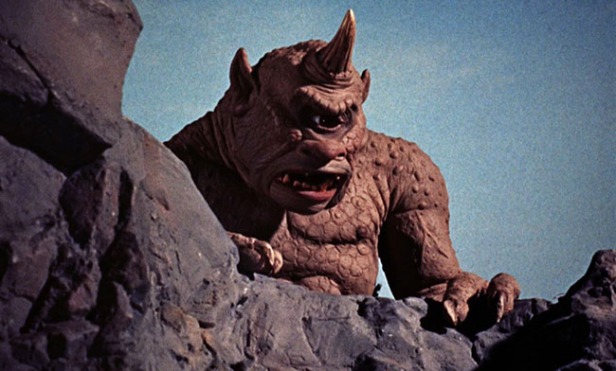 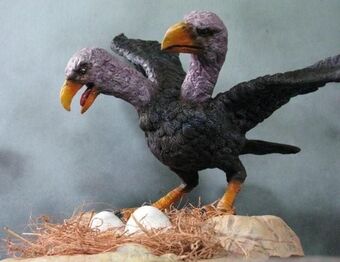 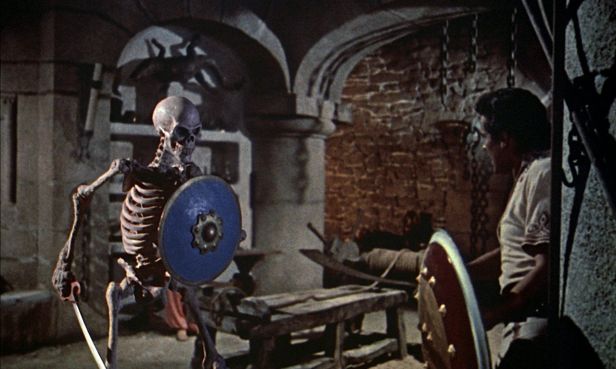 The 3 Worlds of Gulliver (1960) and Mysterious Island (1961) were artistic, technical and financial successes as well, but Jason and the Argonauts (1963) is largely considered Harryhausen’s crowning achievement by both fans and film historians, with the iconic skeleton battle being the first thing that comes to mind when many people hear the name “Harryhausen.” 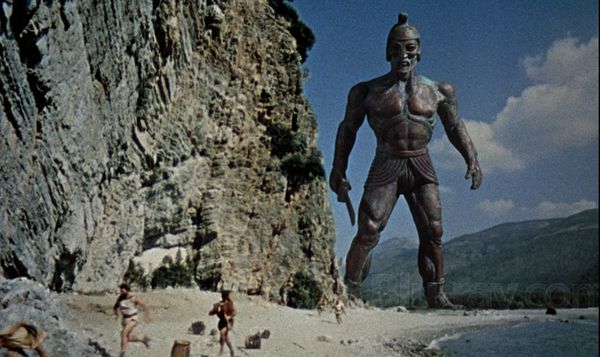 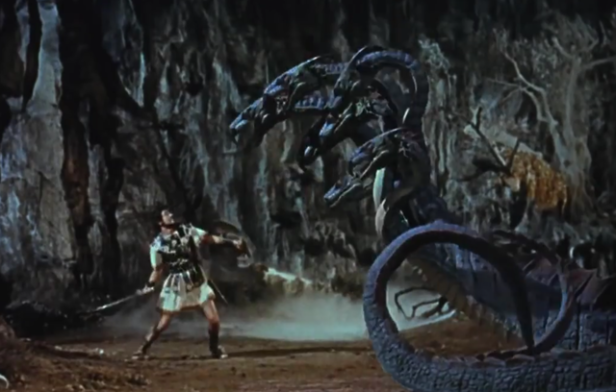 Despite Jason and the Argonauts getting the respect it deserves today, it was surprisingly a disappointment at the box office. Unfortunately as the tastes of young audiences began to change amidst the counter-culture movement of the sixties, Harryhausen’s escapist fantasy films seemed out of touch to many.

While the Raquel Welch-led One Million Years B.C. (1966) saw significant box office returns (mainly because of Raquel Welch), Harryhausen’s passion project The Valley of Gwangi (1969), which Willis O’Brien storyboarded, was dumped by Warner Bros. with zero knowledge about how to market such a film, leading to diminishing returns and a lack of enthusiasm from the public.

A slight revival occured in the seventies when Harryhausen and Schneer convinced Columbia Pictures to bring back the Sinbad character, resulting in The Golden Voyage of Sinbad (1973) and Sinbad and the Eye of the Tiger (1977) which were both box office successes. 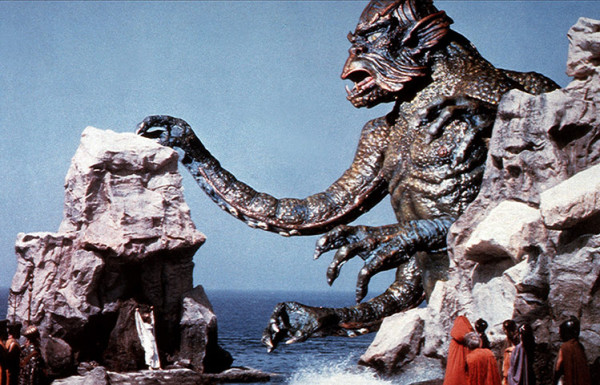 Finally there was Clash of the Titans (1981) which MGM allowed Harryhausen to make with a high budget and A-list stars, including Laurence Olivier as Zeus. While the movie was a box office hit, the popularity of computer-generated visual effects prevented MGM and other film studios from funding films that used stop motion. This led to Harryhausen’s retirement and the abandonment of a Clash of the Titans sequel called Force of the Trojans.

In the eighties following his retirement, Harryhausen donated his film-related collection of models and artifacts to the Ray & Diana Harryhausen Foundation which he founded with his wife in 1986, and he would go on to receive recognition from the Academy of Motion Picture Arts and Sciences, BAFTAS, Science Fiction Hall of Fame, Hollywood Walk of Fame and other countless accolades from people who acknowledge the importance of his contribution to film history. You can even see homages to Harryhausen in the work of Tim Burton (Mars Attacks!), Sam Raimi (Army of Darkness), Pete Docter (Monsters, Inc.) and Alex Hirsch (Gravity Falls). 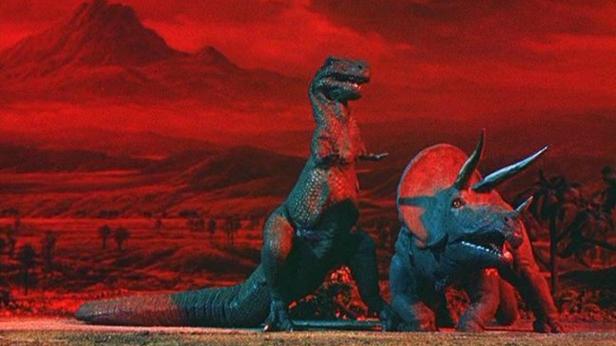 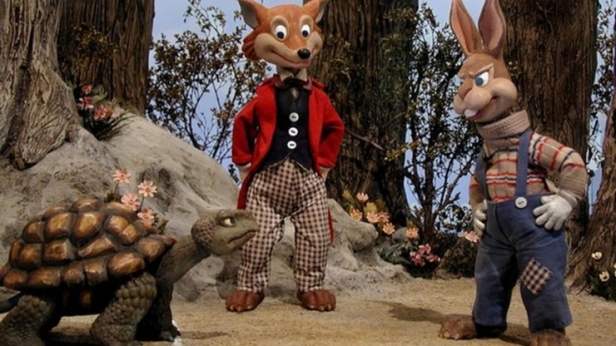 While he was most widely known for his monster films, a few noteworthy moments in his filmography that don’t involve science fiction include a ten-minute segment in the 1956 documentary The Animal World directed by Irwin Allen (a sequel to Allen’s Oscar-winning 1953 documentary The Sea Around Us) which depicted the age of dinosaurs through stop motion (a lot of people call that scene the only good part of the entire documentary).

One of the last animated projects Harryhausen worked on was The Story of the Tortoise and the Hare, a short film that he started working on in 1952 but finally completed in 2002 when stop-motion animators Mark Caballero and Seamus Walsh, who would later found Screen Novelties (Robot Chicken, Moral Orel), helped Harryhausen finish the film, resulting in worldwide attention and an Annie Award win in 2003.

Ray Harryhausen died in 2013. Not only was he an influence to stop motion filmmakers like Tim Burton, Henry Selick, Nick Park and Wes Anderson but the filmmakers behind movies like Jurassic Park, The Lord of the Rings trilogy, The Terminator, Avatar and Pan’s Labyrinth have called him a special effects wizard. Peter Lord of Aardman called Harryhausen a one-man industry and George Lucas said Star Wars wouldn’t exist without him.