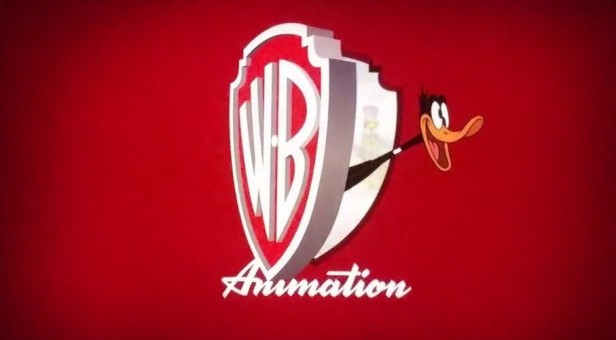 In 1980, a year after the release of the package feature The Bugs Bunny/Road Runner Movie, Warner Bros. Animation was officially founded by The Bugs Bunny Show producer Hal Geer to produce further Looney Tunes-related films.

WB Animation also produced new Looney Tunes/Merrie Melodies shorts sporadically beginning in 1987 with The Duxorcist and followed by Night of the Living Duck (1988), Box-Office Bunny (1990), Invasion of the Bunny Snatchers (1992), Carrotblanca (1995) and (Blooper) Bunny (1997). Most of these cartoons were actually not bad, and they came courtesy of some talented animation directors like Greg Ford, Terry Lennon and Darrell Van Citters. 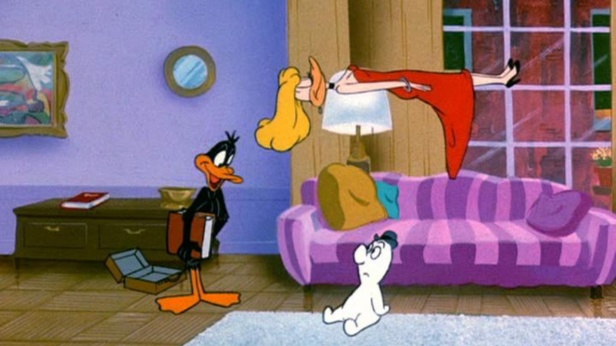 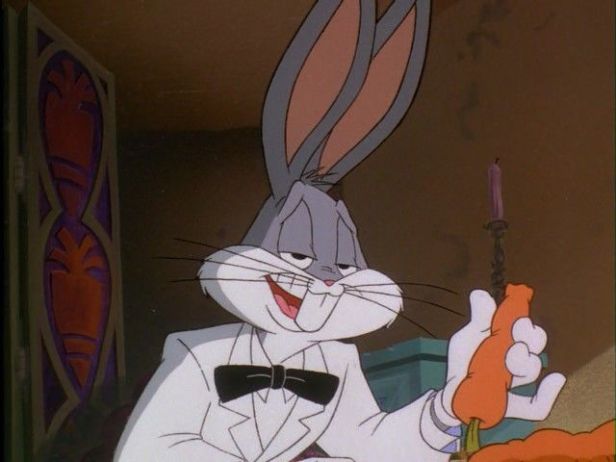 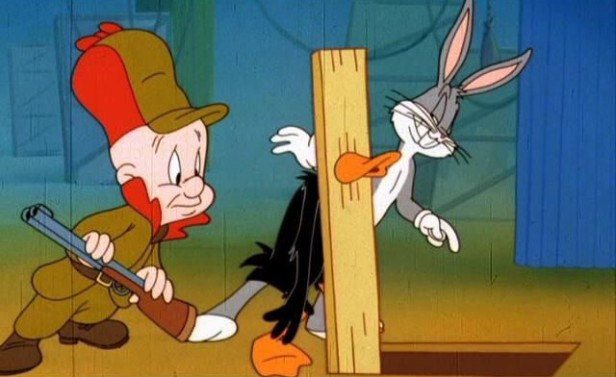 Although more successful was WB Animation’s venture into television.

The series was a collaboration between WB Animation and Steven Spielberg’s Amblin Television. It was developed by producer and head writer Tom Ruegger, a cartoonist hailing from Dartmouth College in New Hampshire. After graduating in 1976, Ruegger moved to L.A. to become an animator, beginning at Filmation and eventually writing and producing at Hanna-Barbera in the eighties for Snorks, Yogi’s Treasure Hunt, Pound Puppies and various Scooby-Doo series including A Pup Named Scooby-Doo which he helped create. 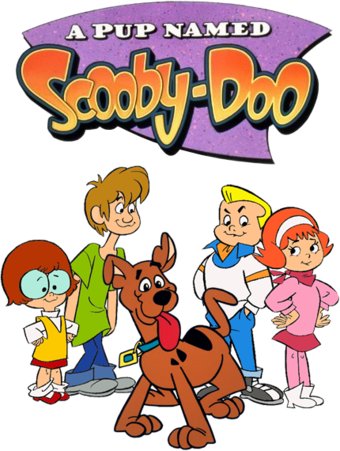 A Pup Named Scooby-Doo was the latest in the babyfication trend that began with the 1984 CBS series Muppet Babies and led to shows like The Flintstones Kids (1986-88), Tom & Jerry Kids (1990-93) and Jungle Cubs (1996-98), although A Pup Named Scooby-Doo was exceptionally above-average so when Ruegger was brought over to Warner Bros. to do the same thing with the Looney Tunes characters, it was a promising hire.

Originally intended as a feature film, WB president Terry Semel was the one who first proposed the idea for junior versions of Looney Tunes characters but when WB approached Steven Spielberg to collaborate with Semel on the project in 1987, Spielberg was more interested in creating new characters. After Spielberg got involved, it was also decided that it would work better as a television series.

Jean McCurdy, president of WB Animation from 1989 to 2001, hired Tom Ruegger away from Hanna-Barbera to develop the series and Ruegger and writer Wayne Kaatz came up with the characters and the “Acme Acres” setting alongside Spielberg and artist and editor Alfred Gimeno.

The writing staff on the show was full of talent who would go on to work on other great shows, including Jim Reardon, Tom Minton, Eddie Fitzgerald, Paul Dini, Bruce Timm and Peter Hastings.

The characters on the show would not be younger versions or the offspring of the original Looney Tunes stars but would instead be students at Acme Looniversity where the Looney Tunes characters were their teachers. The new characters were however largely based on the original characters. For example the young cast included Buster Bunny, Babs Bunny, Plucky Duck, Hamton J. Pig, Furrball, Sweetie, Dizzy Devil, Elmyra Duff, Montana Max, Fifi La Fume, Calamity Coyote and Beeper. 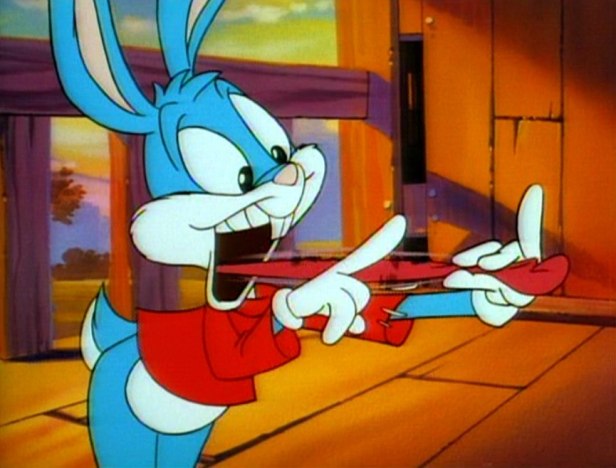 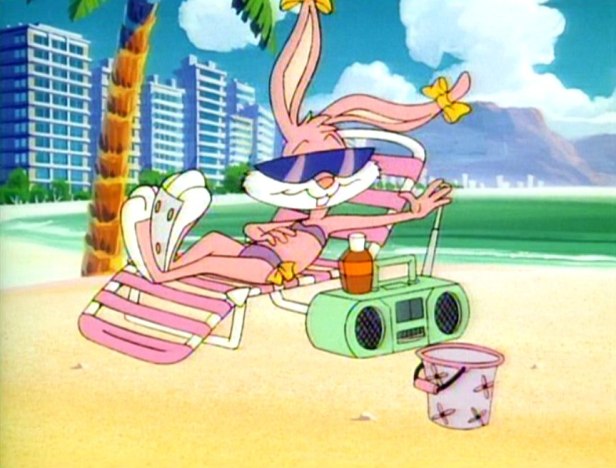 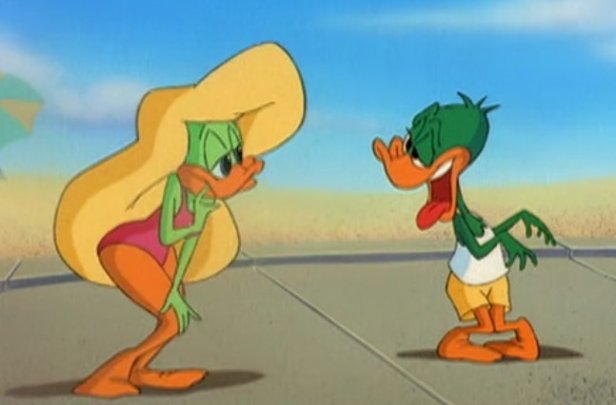 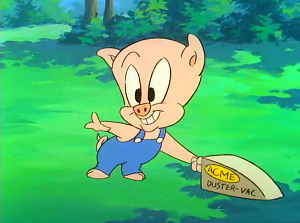 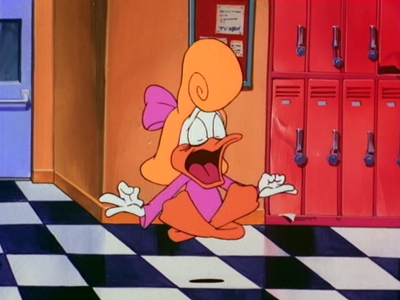 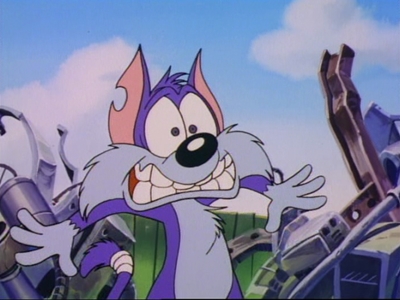 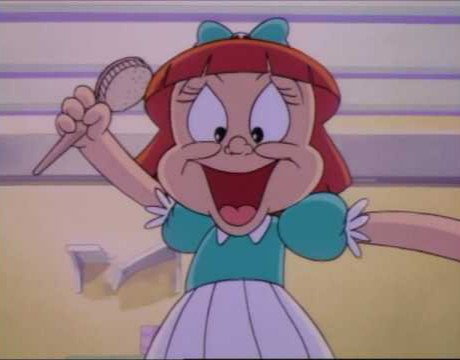 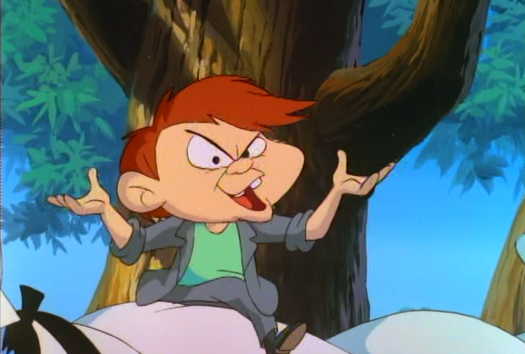 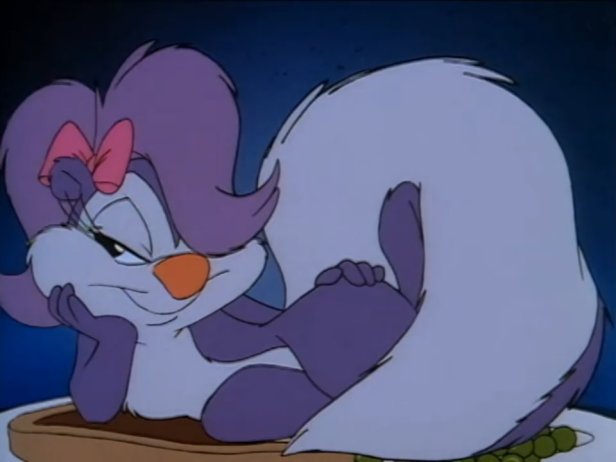 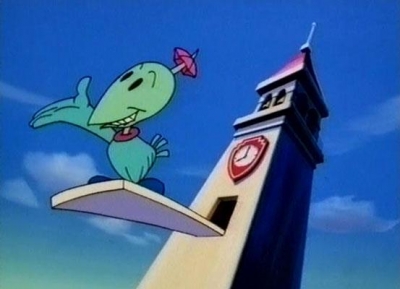 The show was animated by five different overseas studios with a $25 million budget (higher than most kids’ shows) in its 65-episode first season which premiered on CBS on September 14, 1990 and ran in syndication beginning on September 17, becoming a huge ratings hit that surpassed the popularity of The Disney Afternoon thanks to its hilarious writing and endearingly looney cast of characters who stood toe to toe with Bugs Bunny and Daffy Duck in terms of sheer hilarity.

Tom Ruegger and Steven Spielberg would collaborate again on Animaniacs (which featured completely original cartoon characters and was even better than Tiny Toon Adventures), the Animaniacs spin-off Pinky and the Brain and the superhero satire Freakazoid!, which all did terrific jobs capturing the spirit of classic WB animation. 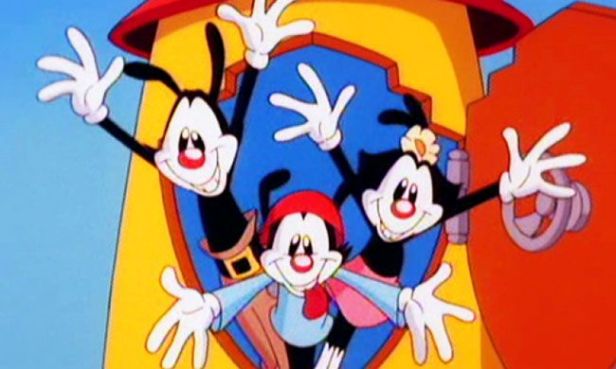 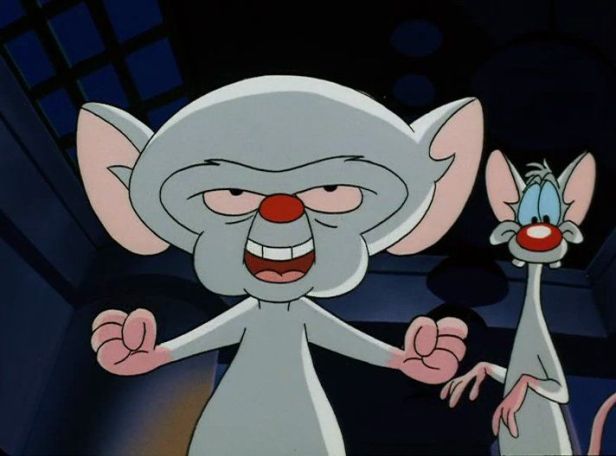 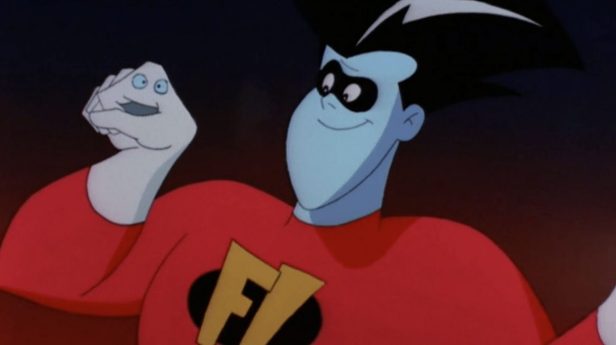 Tom Ruegger would also go on to develop and create Taz-Mania, Road Rovers, Histeria! and the double spin-off Pinky, Elmyra & the Brain for Warner Bros.

Another important moment that led to some of WB Animation’s best shows came when Time Warner (now WarnerMedia) acquired DC Comics in 1990. Starting in the nineties, WB Animation had started developing animated shows based on DC Comics characters, and the shows were so popular that WB Animation continues adapting DC comics to this day.

The first of these adaptations was Batman: The Animated Series (1992-95) developed by Tiny Toon writers Bruce Timm and Paul Dini alongside Mitch Brian and Eric Radomski. The show was inspired stylistically by Tim Burton’s Batman (1989) as well as the Max Fleischer Superman animated shorts of the forties. It was praised for its complex writing, dark tone and mature themes and it had won four Emmys during its run. Both IGN and Wizard called it the second-best animated series after The Simpsons. 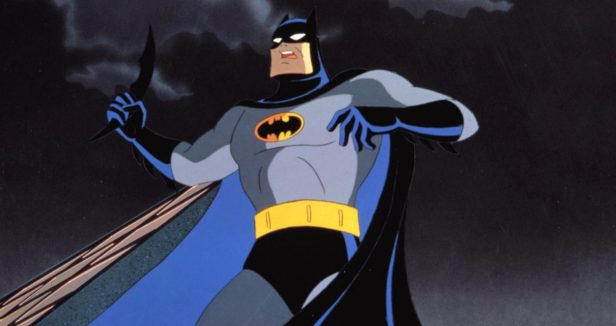 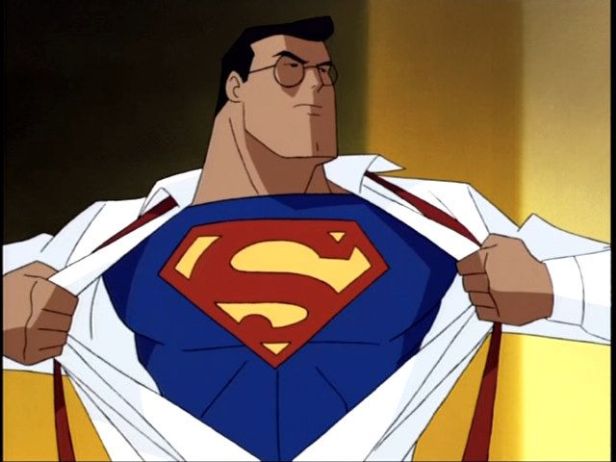 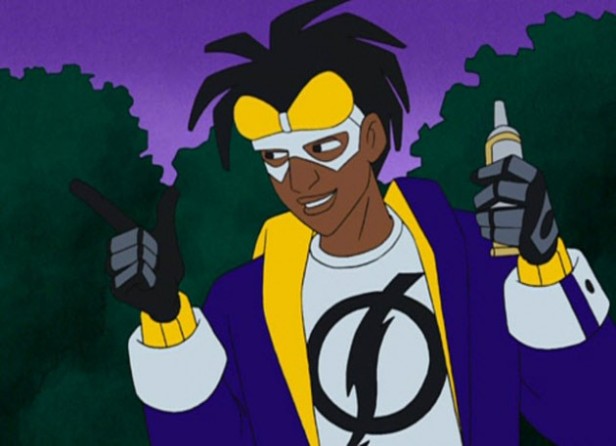 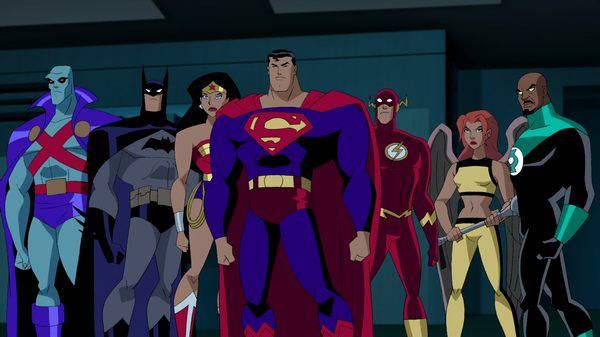 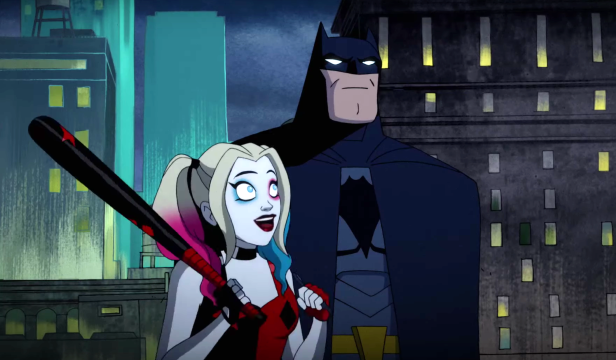 WB Animation also produced a variety of direct-to-video films based on the DC comics that were aimed more towards mature audiences beginning in 2007 with Superman: Doomsday and followed annually by over 30 different films with more still in development. Some of my favorites of these films are Justice League: The New Frontier (2008), Wonder Woman (2009), Batman: Under the Red Hood (2010), All-Star Superman (2011), Green Lantern: Emerald Knights (2011), Batman: Year One (2011), Son of Batman (2014), Batman: Assault on Arkham (2014), Batman vs. Robin (2015) and Batman: Bad Blood (2015). Many of these films are popular with both critics and fans.

Some films are occasionally released theatrically, such as Batman: The Killing Joke and Teen Titans Go! To the Movies. 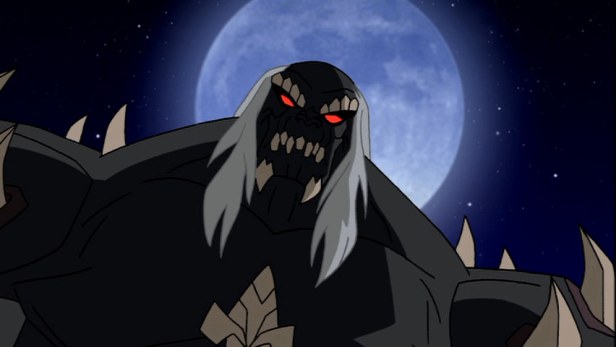 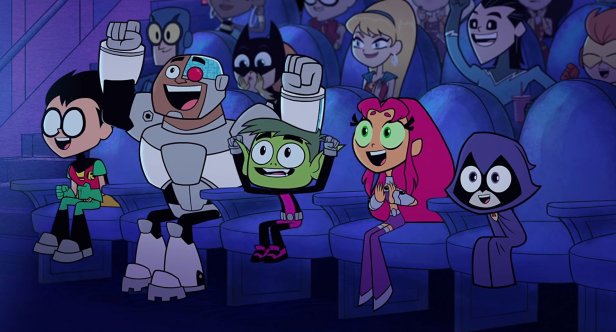 In addition to the Looney Tunes and DC characters, WB would also get ahold of MGM cartoon stars Tom and Jerry and the entire Hanna-Barbera universe. I’ll talk more about that in my next blog, as well as the ups and downs of WB Animation’s theatrical output with films like The Iron Giant and The Lego Movie.