As I said in the last blog, the entire Wayans family left In Living Color after the fourth season. Kelly Coffield left after the fourth season as well. The only cast members to remain throughout the show’s entire five-season run were Jim Carrey, Tommy Davidson, David Alan Grier and T’Keyah Crystal Keymáh, and beginning in season 3, new cast members would join the show every year.

While the ninth Wayans sibling had been on the show from the very beginning as a DJ, he didn’t officially join the cast as a sketch player until season 3.

After In Living Color, Shawn Wayans co-created the WB sitcom The Wayans Bros. with his brother Marlon Wayans, with whom Shawn also co-wrote the 1996 crime film parody Don’t Be a Menace to South Central While Drinking Your Juice in the Hood starring Shawn and Marlon Wayans, produced by Keenen Ivory Wayans and directed by Paris Barclay, in addition to the 2004 comedy White Chicks and the Scary Movie series.

The multi-talented performer Jamie Foxx had always been a funny and musically gifted kid since he was a teenager in Terrell, Texas. He got good grades, played both baseball and football (as quarterback) and was successful enough to receive a scholarship to the United States International University, where he studied musical and performing arts. But it was a dare from his girlfriend to tell jokes on stage at an open mic night in 1989 that led to his comedy career and a spot on In Living Color.

After his successful run on that sketch series, Foxx starred in Oliver Stone’s 1999 sports drama Any Given Sunday which was his first dramatic role, followed by his Oscar-winning portrayal of Ray Charles in the 2004 biography Ray (he received a nomination for Collateral the same year, becoming the third male in history to receive two acting Oscar nominations for two different movies in the same year following Barry Fitzgerald and Al Pacino). He also starred in Jarhead (2005), Dreamgirls (2006), Quentin Tarantino’s Django Unchained (2012), The Amazing Spider-Man 2 (2014) as super villain Electro and the Pixar film Soul (2020).

In addition to his film career, he has had success on television with The Jamie Foxx Show on The WB and as host of Beat Shazam on FOX, and success as a talented musician who has collaborated with Kanye West, Ludacris and Drake to name a few.

The first Korean-American cast member of an American variety show in history, Steve Park was a stand-up comedian who transitioned into acting. Many people first saw him in Spike Lee’s 1989 classic Do the Right Thing as Sonny before he starred in the series In Living Color for a single season from 1991 to 1992.

After In Living Color, Park starred in the Coen Brothers film Fargo (1996), Rocket Science (2007) and Bong Joon-Ho’s Snowpiercer (2013). In 1997, following his guest role on an episode of the NBC sitcom Friends, Park called on Hollywood to treat Asians with more respect in a mission statement after witnessing racism from the show’s assistant director. Park noticed that Asian men were regularly tokenized and subject to indignity and Asian women were regularly viewed as sex objects and he specifically championed giving Asians more leading roles. Twenty years after the fact many Asian actors are still echoing his words.

Marlon Wayans appeared on In Living Color for one season following the departure of Damon Wayans but left after one season along with Keenen and Shawn to go into movies.

After co-creating The Wayans Bros. with Shawn Wayans and collaborating with him on popular movies like Scary Movie and White Chicks, Marlon Wayans made a dramatic turn in Darren Aronofsky’s psychological drama Requiem for a Dream (2004) and he also had roles in the films G.I. Joe: The Rise of Cobra and Melissa McCarthy comedy The Heat. In 2017, NBC gave him his own sitcom which aired for two seasons. Just like Damon Wayans, the artist was often being held back by the material he was given. The sitcom wasn’t great but if you watch his stand-up comedy, you start to see the comedic talent.

A liberal arts college grad, Ali Wentworth was known for doing impressions of Hillary Clinton, Princess Diana and Cher in her two-season run on In Living Color.

After the show ended, Wentworth guest starred in Seinfeld (as Jerry Seinfeld’s girlfriend in the Soup Nazi episode), Felicity and The Good Wife in addition to her roles in popular films like Jerry Maguire, Office Space and It’s Complicated. She also co-hosted the syndicated talk show Living it Up! with Ali & Jack from 2003 to 2004 with Jack Ford and co-created and starred in two comedies: Head Case which lasted three seasons on Starz and Nightcap which lasted two seasons on Pop.

A struggling actress since the seventies who began getting prominent roles in the eighties, playing Nadine in ABC sitcom What’s Happening Now!! from 1985 to 1988 and Althea Tibbs in the 1988 series In the Heat of the Night. She even worked with Keenen Ivory Wayans before in the movies Hollywood Shuffle and I’m Gonna Git You Sucka.

After In Living Color, she starred in the nineties soap opera Melrose Place, legal drama JAG, the sitcoms Girlfriends and That’s So Raven and countless other shows in guest roles including Ally McBeal, The X-Files, CSI, Grey’s Anatomy, Bones and Castle. 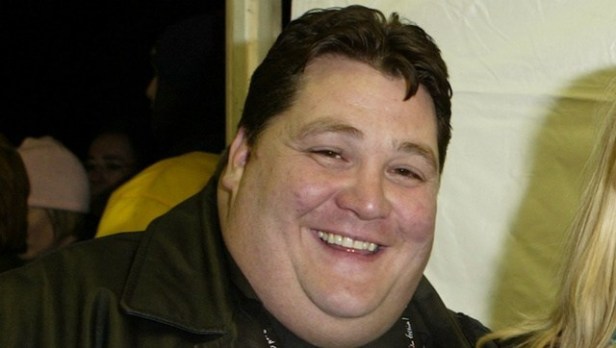 An improv comedian who studied in Chicago with improv legend Del Close before moving to Hollywood to get into show business.

After In Living Color, Leggett acted in shows like NBC medical drama ER, Ally McBeal, Star Trek: Voyager, The Drew Carey Show and NYPD Blue in addition to writing movies like Without a Paddle and Employee of the Month which was actually selected for Sundance. He also produced and starred in the Spike TV comedy Factory and directed the hunting documentary To the Hunt which showcased one of the hobbies he was most passionate about. Unfortunately he died of a heart attack in 2013 at the age of 50. 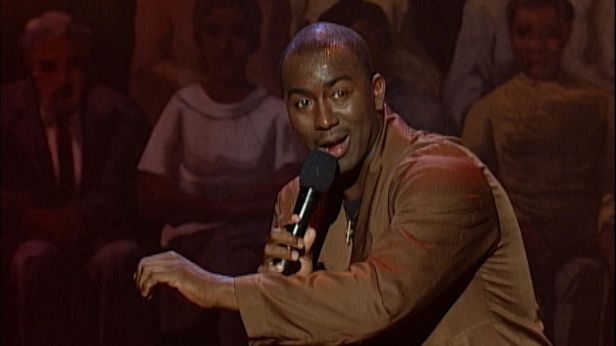 A stand-up comedian who got his big break in 1991 on HBO’s Def Comedy Jam. After people discovered who he was he got cast in the sitcoms Martin, Hangin’ with Mr. Cooper and Coach before getting hired for In Living Color. After that he had roles in Moesha, Curb your Enthusiasm and the Adam Sandler film Little Nicky.

Before In Living Color, Carol Rosenthal was on another FOX sketch comedy series that ran from 1992 to 1993 called The Edge alongside Julie Brown, Jennifer Aniston, Tom Kenny, Wayne Knight, James Stephens III and Jill Talley, so she came in with experience.

After In Living Color, Rosenthal starred in Mad About You (with her frequent co-star on The Edge Paul Reiser) and guest-starred in the Nickelodeon shows The Secret World of Alex Mack and As Told by Ginger.

The Cal Poly Pomona grad had been writing for In Living Color since the show began but didn’t become an onscreen cast member until the final season.

After In Living Color, he wrote for other successful comedies like The Tonight Show with Jay Leno, The PJs, The Simpsons and Bill Burr’s F Is for Family on Netflix. He also produced The Simpsons and F Is for Family and frequently acts in the shows he works on. His brother is Daily Show correspondent Larry Wilmore so apparently talent runs in the family.

But talent is something that all these cast members also have in common and I wish that some of the later cast members had more chances to show off their comedic talent. I also would have liked for the show to go on for years like Keenen Ivory Wayans initially envisioned but the stars were just not in alignment. At least what we did get was great for a few years.

I give the entire show as a whole two snaps up, as these guys would say.

Fun fact: they actually did try reviving the show once with a new pilot and a brand new cast, but even Keenen Ivory Wayans thought it was like trying to capture lightning in a bottle and he and FOX both didn’t think the show would be sustainable so it was dropped. Further proof of how special that show was. 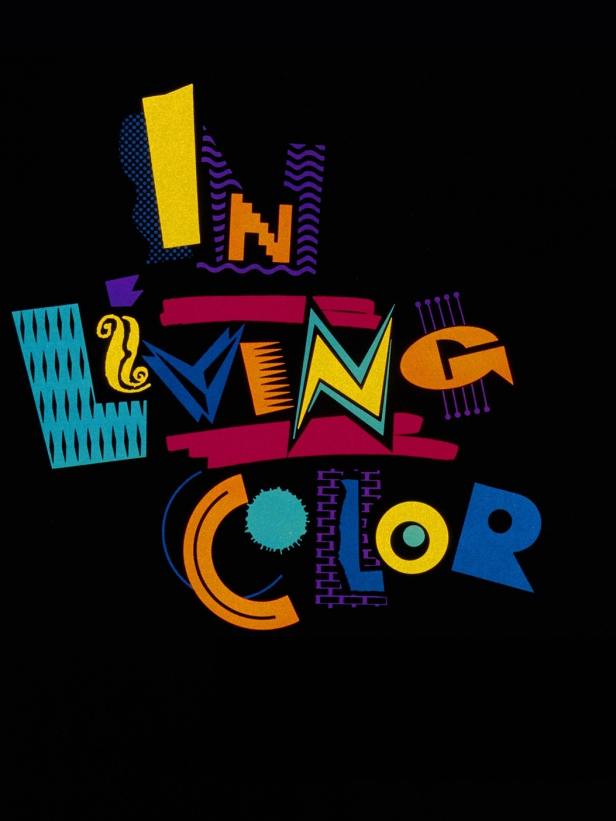