Everyone knows the rags-to-riches story of Cinderella. Especially the animated Disney version which came out in 1950. But what a lot of people might not know is that Disney was going through its own Cinderella story during the making of the film, and if the film was not a box office success, it’s very likely the Disney studio would have gone bankrupt.

The origin of the film goes back to the pre-Mickey Mouse days when Walt Disney produced a 1922 Laugh-O-Gram based on the fairy tale by Charles Perrault. He loved the story so much that he was interested in adapting it as a Silly Symphony in the 1930s, but the story proved too complicated to condense into such a short running time so it was decided that the studio would make it a feature-length animated movie instead with several treatments being attempted as early as 1938. 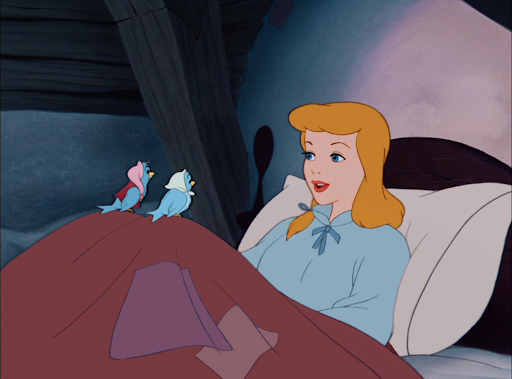 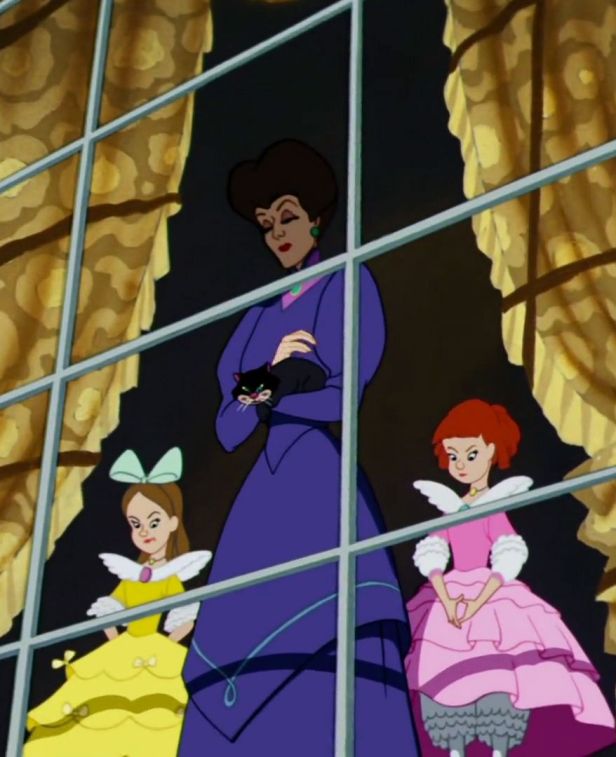 In 1943 a year after Bambi was released, Walt had assigned animator Dick Huemer and artist Joe Grant to supervise the film but it was in continual limbo and production was finally halted in 1945 with Song of the South writer Maurice Rapf reassigned to the project at one point to strengthen Cinderella as a character by making her less passive than Snow White and more assertive. 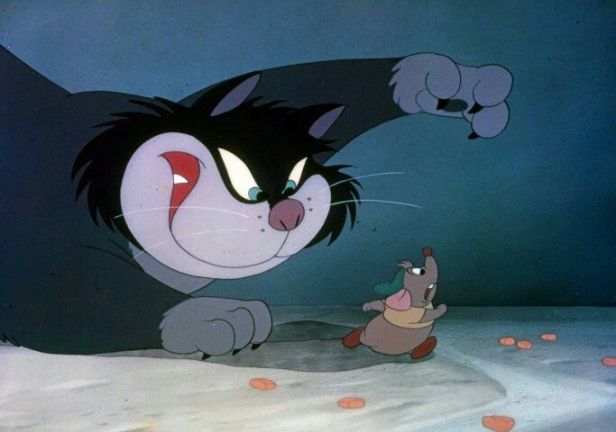 Chances are the film would have been released much earlier had it not been for the studio being in so much financial debt following the box office disappointment of Pinocchio, Fantasia and Bambi after World War II cut off the foreign market. This is why all the Disney movies released in the forties following Bambi were package features that were basically compilations of animated shorts, including Make Mine Music (1946), Fun & Fancy Free (1947), Melody Time (1948) and The Adventures of Ichabod and Mr. Toad (1949).

In order for the studio to get back into financial shape they would need a guaranteed hit. In the late forties, three films that Walt had wanted to make since the thirties were in development: Cinderella, Alice in Wonderland and Peter Pan. But Walt leaned towards Cinderella as his return to feature films because it was the one that was the most similar to the studio’s first financial hit Snow White and the Seven Dwarfs and by 1948 the film was progressing much quicker than Alice and Peter Pan due to the story problems those two films were having.

In addition to Cinderella’s importance as the studio’s comeback story, the production of the film also signaled a change in the politics of animated feature film production at Disney, as Walt was less involved in the day-to-day production of Cinderella than he had been on previous films.

It is widely believed by those who knew Walt Disney best that the 1940s were such a stressful time for him that he had become somewhat jaded by animation (not only did ambitious projects he loved like Bambi and Fantasia fail with the public, but his own animators went on strike against him when he refused to unionize the studio) and this led to him seeking creative fulfilment elsewhere, particularly in live-action movies and in his own personal hobbies that helped him relax, most significantly his life-size train set that he loved riding and ultimately inspired him to create the theme park Disneyland.

The three directors put in charge of Cinderella, Clyde Geronimi, Hamilton Luske and Wilfred Jackson, were more or less left to their own devices determining the direction of the film with Walt occasionally offering notes and suggestions, many times via long-distance correspondence from England where Walt Disney was on the set of Treasure Island. 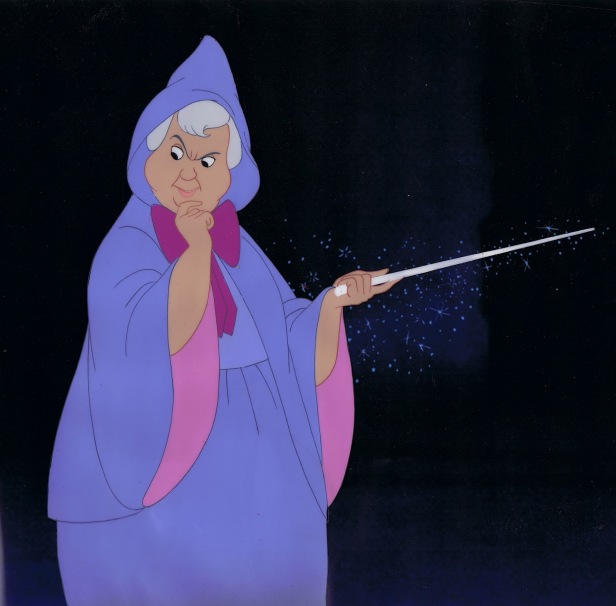 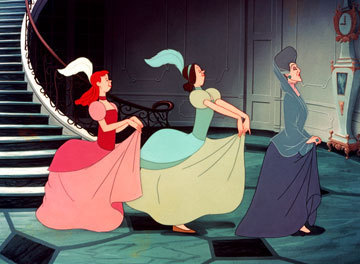 Despite Walt being more hands-off than usual, the movie turned out great (although no Disney film in Walt’s lifetime following Bambi would ever reach the prestige of the films from the early forties) and the standard for quality had been well-established enough that the animators themselves had become good storytellers by this point, especially since this was the first film where all nine of Disney’s top animators (nicknamed the “Nine Old Men” by Walt) had all worked together on a film as supervising animators.

The soundtrack was also great with classics like “A Dream Is a Wish Your Heart Makes,” “Bibbidi-Bobbidi-Boo” and “So This Is Love” standing comfortably alongside the songs of Disney’s golden age. The songs were written by Tin Pan Alley hit makers Mack David, Jerry Livingston and Al Hoffman and the score was written by Oliver Wallace and Paul J. Smith.

Highlights in the voice cast include Ilene Woods (Cinderella) who had her own radio program (The Ilene Woods Show) which Walt heard before calling her and offering her the role over the phone. Eleanor Audley (Lady Tremaine) would later be known for starring as Eunace in the sitcom Green Acres and for voicing Maleficent (another Disney villain) in Disney’s Sleeping Beauty. Verna Felton was a Jack Benny regular known for playing bossy no-nonsense characters such as the lead circus elephant in Dumbo, the Queen of Hearts in Alice in Wonderland and Pearl the mother-in-law from The Flintstones, but in Cinderella she played against type as the Fairy Godmother and she excelled at warm grandmotherly types just as well.

Other notables include Jimmy MacDonald (Jaq and Gus) the Disney sound man who took over from Walt Disney as the voice of Mickey Mouse; June Foray (Lucifer) who voiced Looney Tunes mainstay Granny and Rocky and Bullwinkle characters Rocky, Natasha and Nell Fenwick among countless others; Lucille Bliss (Anastasia) who voiced such characters as Crusader Rabbit (the first made-for-TV cartoon character), Smurfette from the ’80s cartoon The Smurfs and Mrs. Bitter from the Nicktoon Invader Zim; Mike Douglas (Prince Charming’s singing voice) who starred in his own show The Mike Douglas Show (just like Ilene Woods); and in the film’s opening we hear Betty Lou Gerson (narrator) who would later voice Cruella de Vil from One Hundred and One Dalmatians.

When the film was released in 1950, it did everything Walt Disney had hoped it would do. It received the best box office success since Snow White and the best critical reception since Dumbo. Michael Curtiz, director of Casablanca and Yankee Doodle Dandy, hailed it as Walt Disney’s masterpiece and most film critics praised the film as imaginative and funny for both children and adults. It also received Oscar nominations for Best Sound, Best Score and Best Song for “Bibbidi-Bobbidi-Boo” and is widely acknowledged as one of the best animated films.

The box office success of the film combined with the record sales and merchandise connected with it gave Disney the cash flow they needed to stay afloat in the fifties and expand their empire into television and theme parks. So the movie very literally saved the Disney studio from going under and almost single-handedly helped put Disney further on the map.

It was ultimately the talents of everyone who worked on the film that saved the studio, and it was Walt Disney’s ability to spot talent and his ability for understanding his audience and the kinds of stories they wanted to see that made Cinderella‘s success possible. 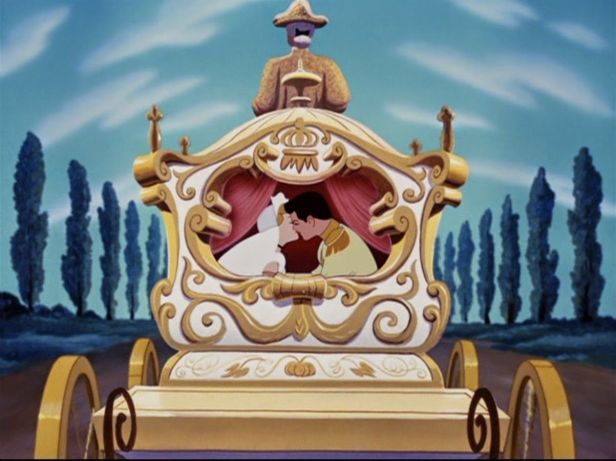