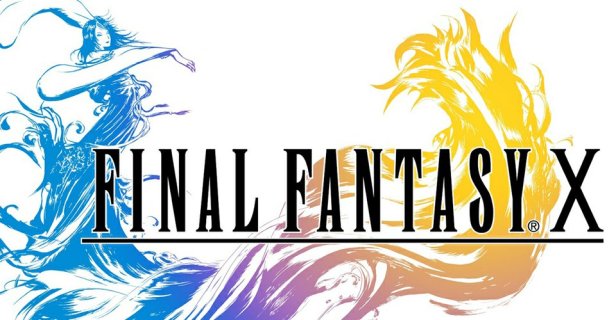 The story of the game follows a group of adventurers who live in the world of Spira (which is heavily inspired by Asia) and go on a quest to defeat a destructive monster called Sin.

Tidus, a cheerful young teenage athlete from the city of Zanarkand who was transported to Spira after encountering Sin. 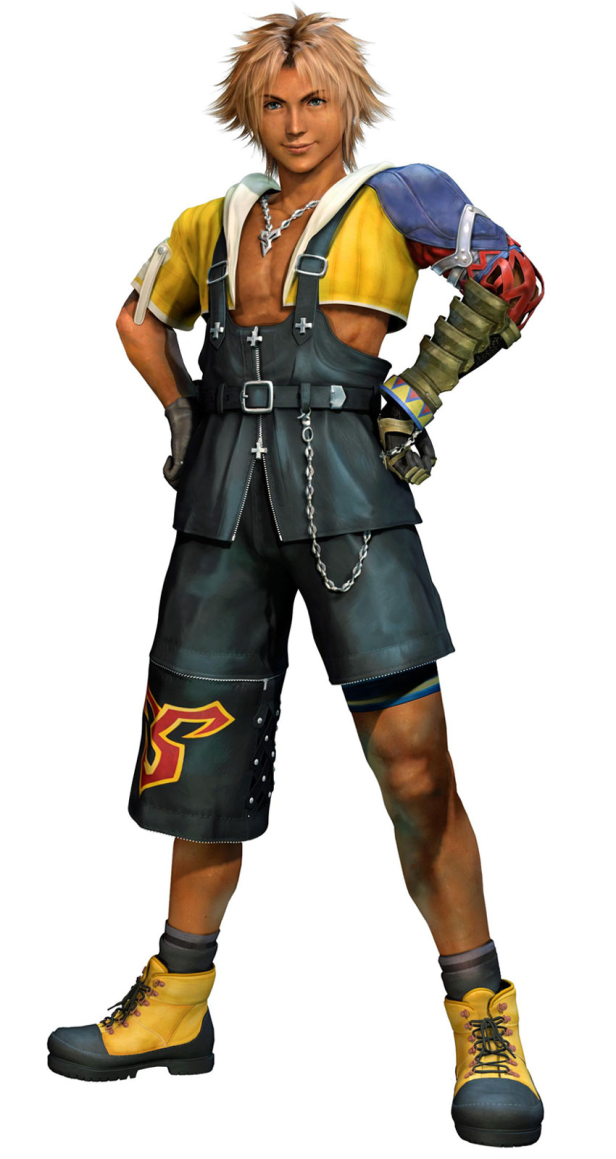 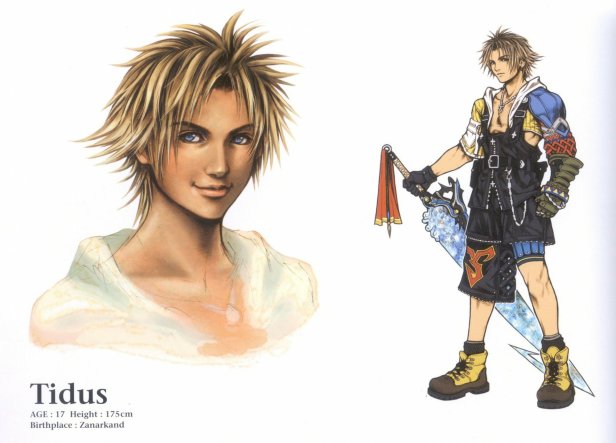 Yuna, a girl who has the power to summon spirits called aeons. She goes on a journey to defeat Sin and falls in love with Tidus. 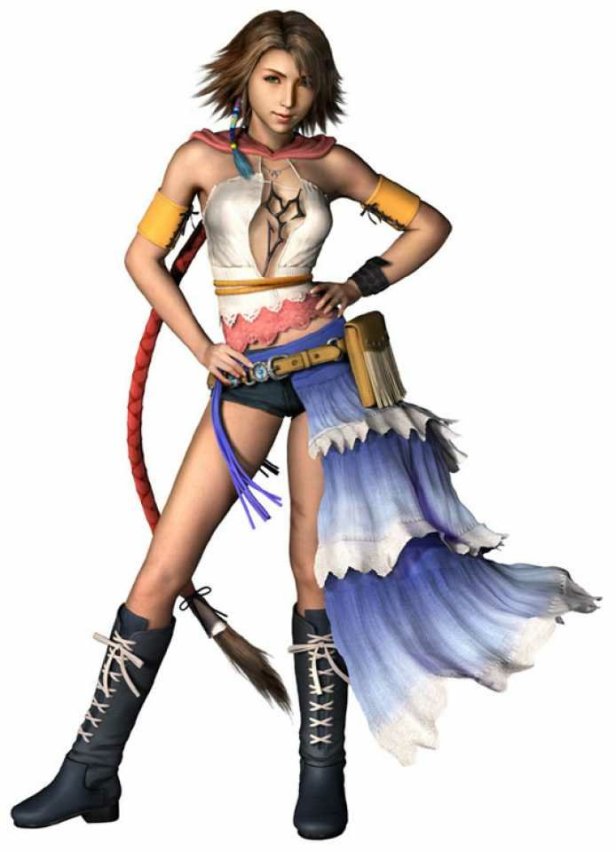 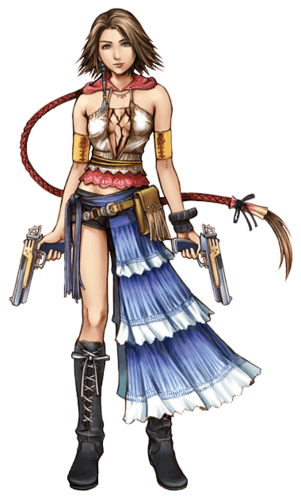 Kimahri Ronso, a young warrior of the Ronso tribe who watched over Yuna during her childhood. 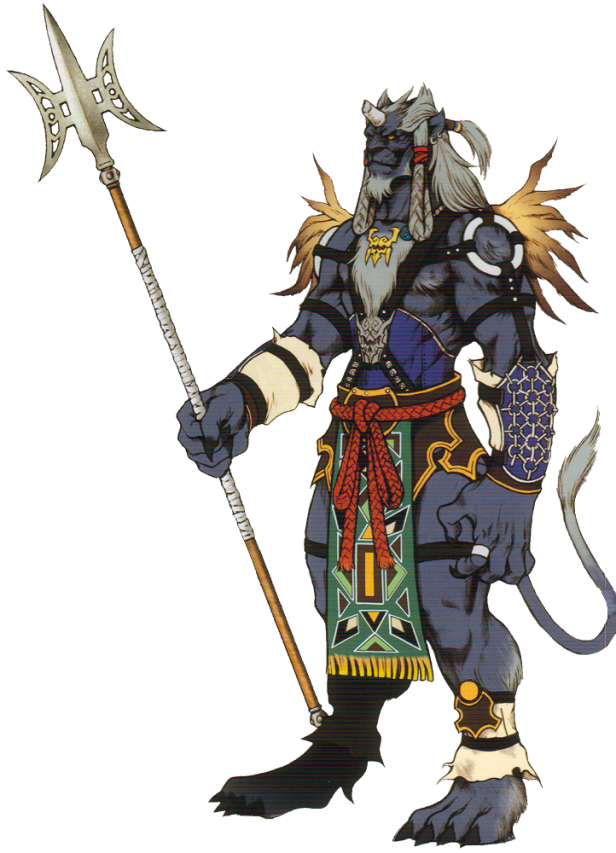 Wakka, an athlete like Tidus whose brother was killed by Sin. 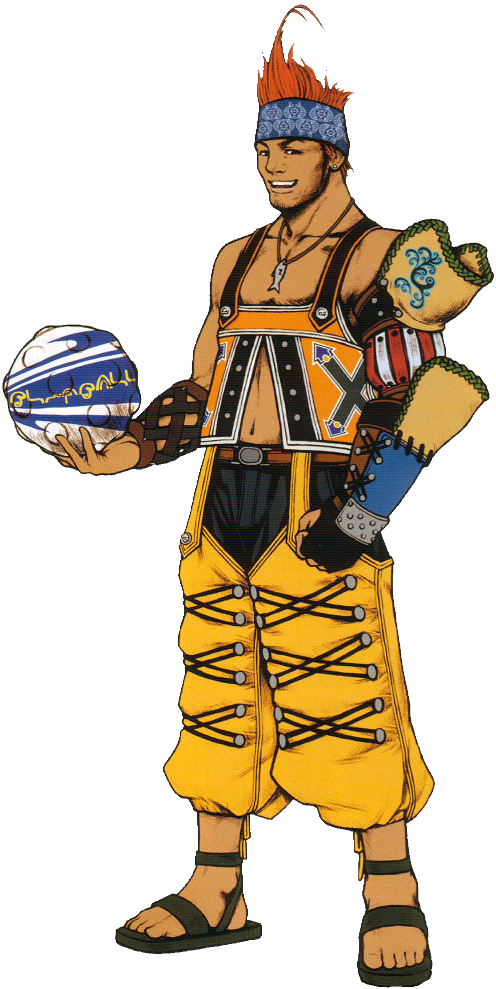 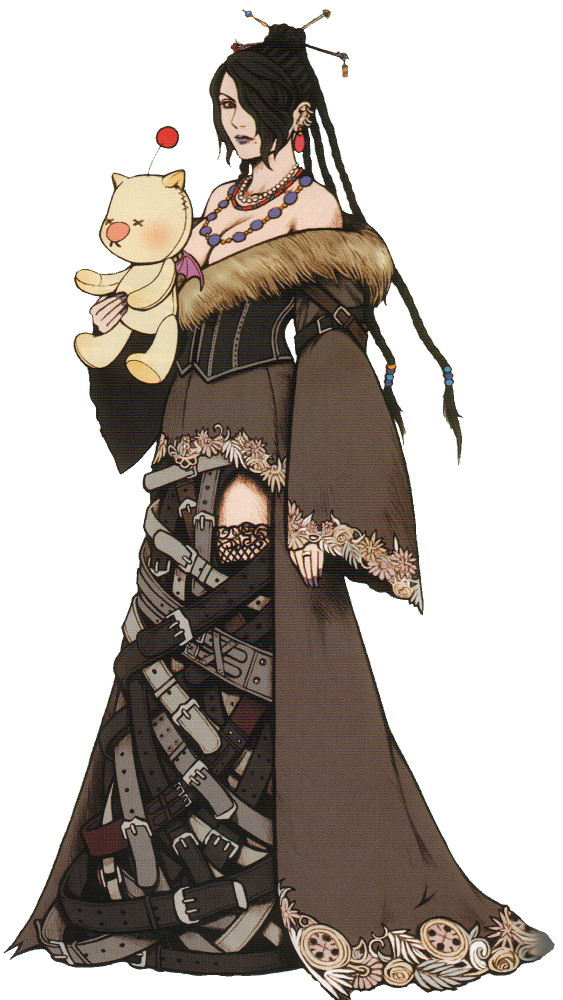 Auron, a former warrior monk who worked with both the fathers of Tidus and Yuna to defeat Sin ten years ago. 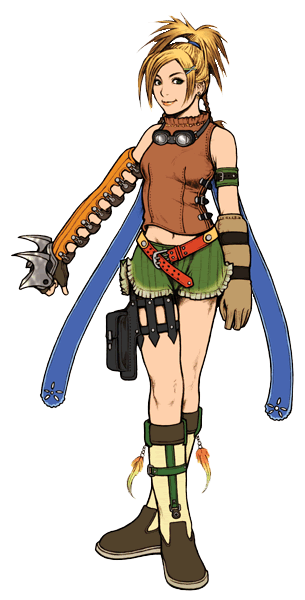 Sin, the giant monster who sets off the events of the game. Zanarkand is a high-tech metropolis where Tidus used to live, but after Sin destroyed it, Tidus is taken to Spira and rescued by salvagers who speak a foreign language, except Rikku, who reveals to Tidus what happened. 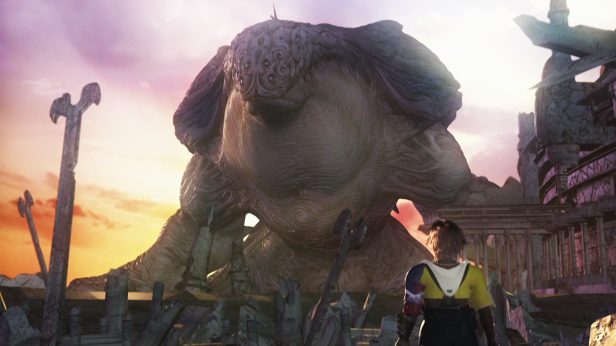 The director of Final Fantasy VII and VIII Yoshinori Kitase returned to direct Final Fantasy X, as well as the writer of those games Kazushige Nojima who was joined by new co-writers Daisuke Watanabe and Motomu Toriyama. Art direction was provided by Yusuke Naora and Shintaro Takai with character designs by Tetsuya Nomura. For the first time, Nobuo Uematsu would not be the sole composer of a mainline Final Fantasy game as he teamed with Masashi Hamauzu and Junya Nakano for FFX.

The Active Time Battle (ATB) of previous FF games was replaced by the Conditional Turn-based Battle (CTB). As I described in my previous Final Fantasy articles, the ATB allowed for real-time strategizing, but the CTB paused the battle during each player’s turns, allowing for less time pressure. I personally feel this was a wise choice because the PS2 is a popular game console and the CTB is a more user-friendly type of battle system. People who grew up on popular RPGs like Pokémon might have been turned off by the ATB.

New features originating in this game include Overdrive, a rendition of the Limit Break that first appeared in FFVII. This incarnation of the desperation attack was more interactive as most of the techniques required button inputs to increase their effectiveness. As usual, these moves appear when characters are in critical condition, but it is possible to modify the requirements to unlock them.

Aeons replace Summons. Unlike the Summons of older FF games, aeons take over the entire battle until they defeat the enemy, the enemy defeats them or you dismiss them. 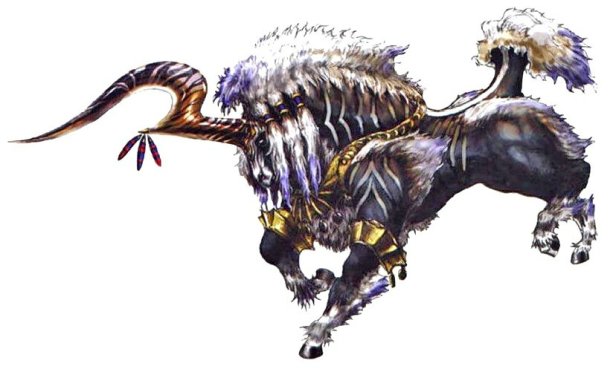 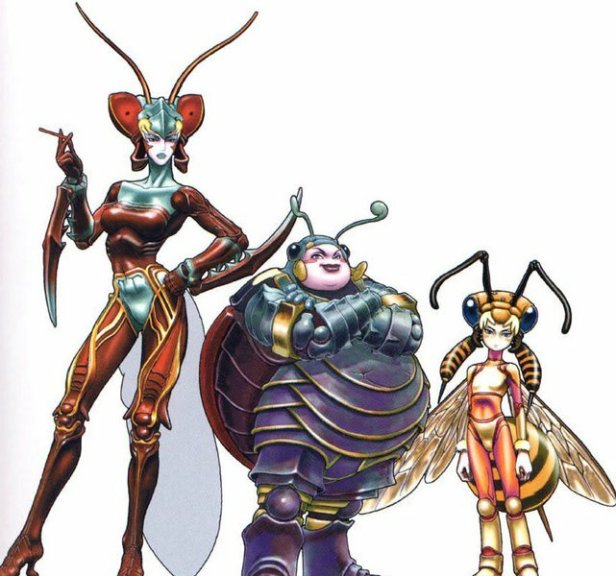 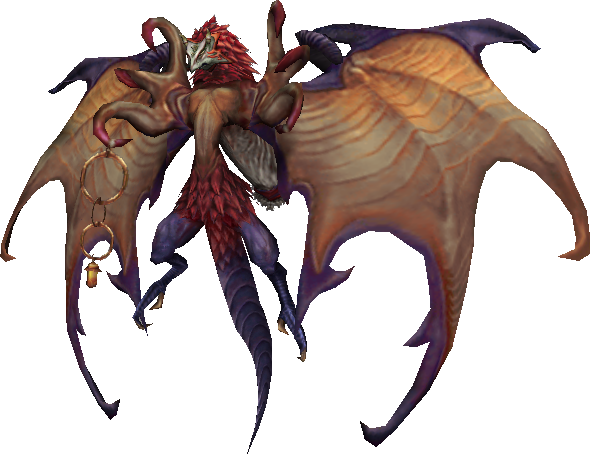 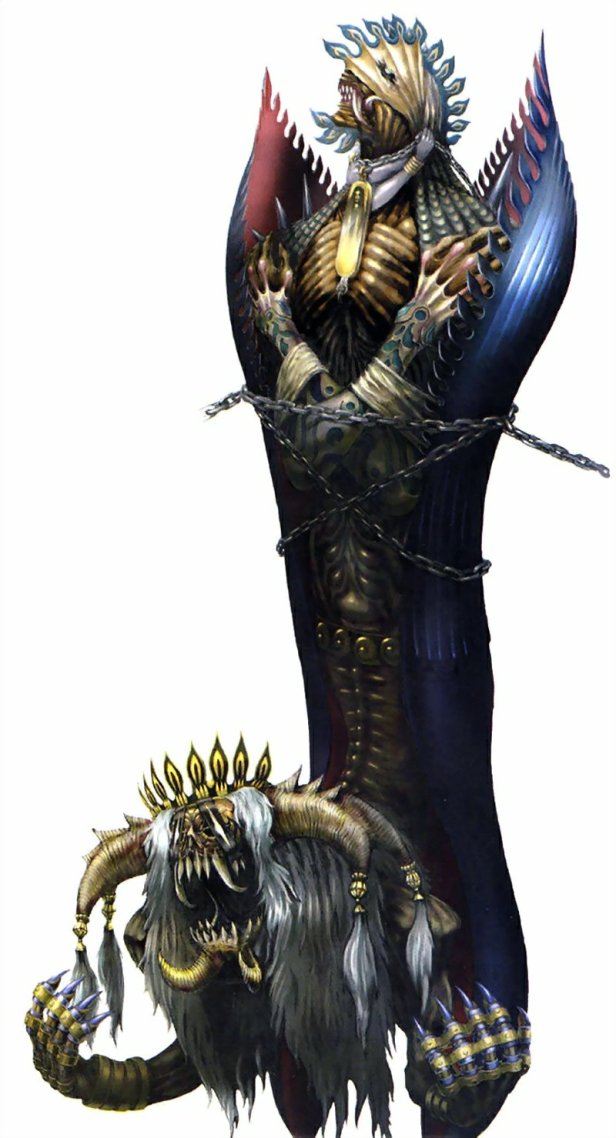 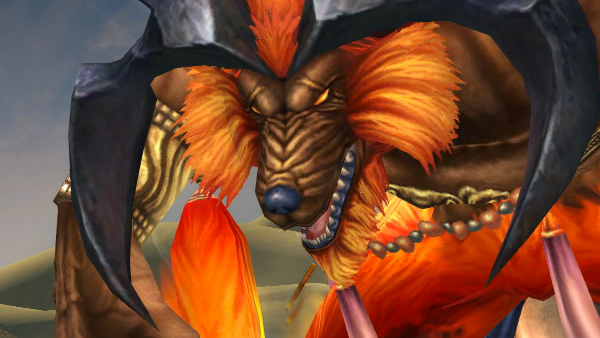 Also new to the series was the way you leveled up. Just like in previous games, you could improve your abilities by defeating enemies and acquiring items, although the experience point system was replaced by a system called the “Sphere Grid.” After obtaining a certain amount of Ability Points, you would gain “sphere levels,” which allowed you to move around a grid of interconnected nodes consisting of various bonuses and ability enhancements.

When “spheres” were applied to the nodes, the new enhancement would be unlocked for the selected character. This new system allowed for deep character customization.

One other feature worth pointing out is the addition of a fictional sport called Blitzball. This is a strategy minigame that features prominently in FFX. It is an underwater sport with two opposing teams played in a hovering sphere of water in which you scored by passing and tackling as one character at a time. Tidus and Wakka are both players. Tidus is considered a star Blitzball player. 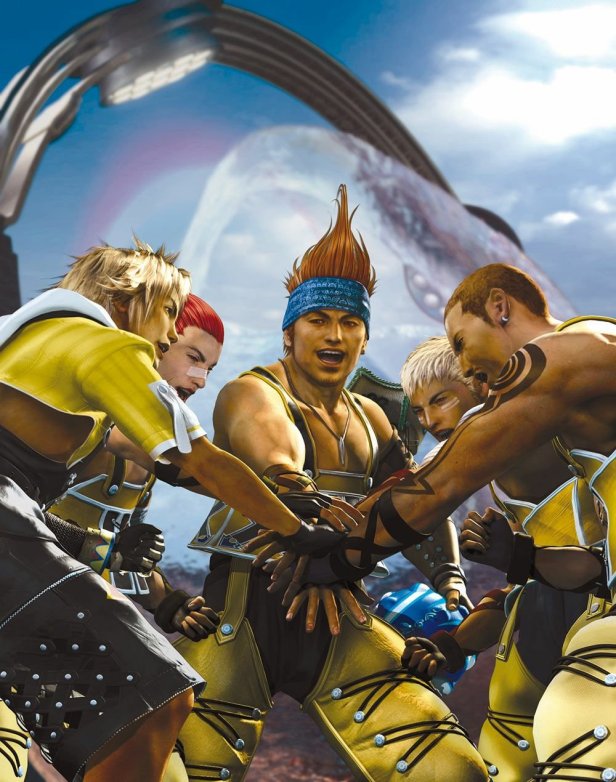 Final Fantasy X was the first fully three-dimensional FF game with voice acting. It was a more conventionally modern RPG, but this change didn’t effect the popularity of the series. Many gamers and critics loved Final Fantasy X and it is widely considered one of the greatest video games of all time.

So popular was this game that it actually spawned a sequel called Final Fantasy X-2, the first video game to be a direct sequel to a mainline Final Fantasy game. 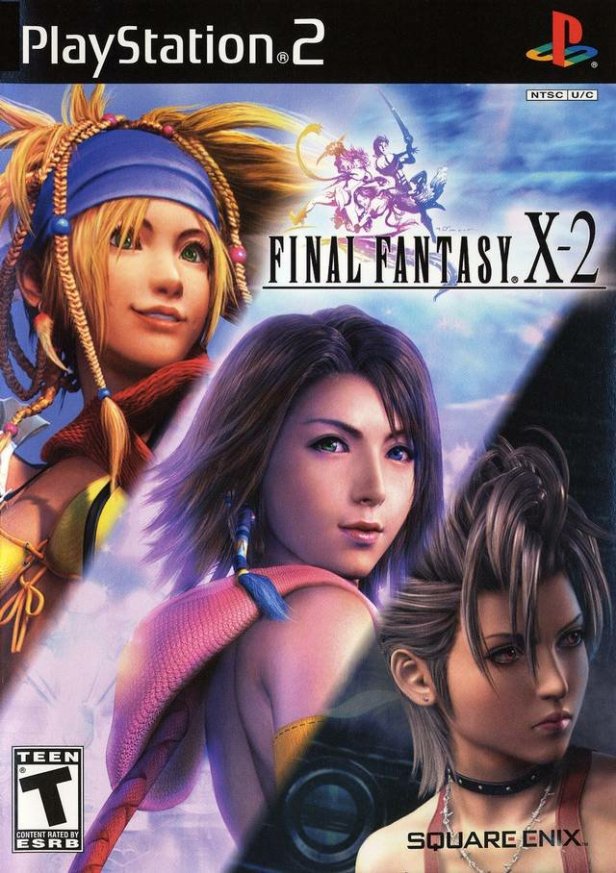 Final Fantasy X-2 followed Yuna on her journey to find her lost love Tidus as well as resolve conflict in Spira to prevent a war.

This time there were only three playable characters, consisting of Yuna, Rikku and a new character named Paine who was more cynical and emotionally distant than her teammates. 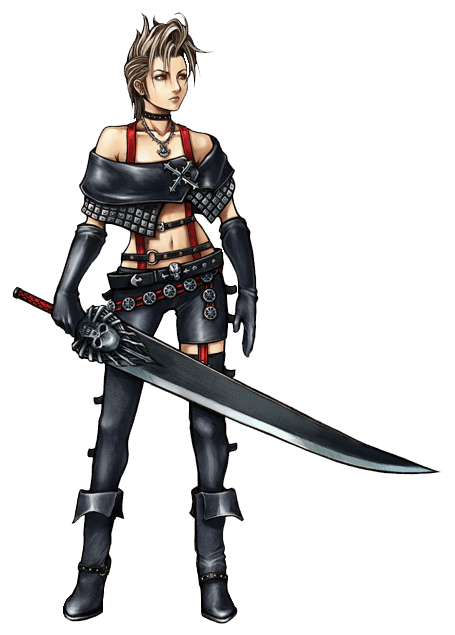 This game departed from FFX by featuring a faster version of the ATB in its turn-based battles, and it was even possible for characters and enemies to chain attacks together for greater damage.

FFX-2 was less linear than other FF games, allowing early access to each area in Spira via the airship Celsius and a more free form story which could result in multiple endings.

The game consists of five chapters, each location featuring one scenario per chapter, with the five scenarios in one locale forming one subplot (or episode). Only a few scenarios are integral to the central plot, so it was possible to progress through the game without finishing all the scenarios by only accessing “hotspots” via the world navigation system.

This game was also positively received. Many people noticed it was lighter in tone than most Final Fantasy games but this was a welcome change of pace, and the story made for a compelling political drama just the same.

It was directed by FFX co-writer Motomu Toriyama and written by Kazushige Nojima and Daisuke Watanabe. 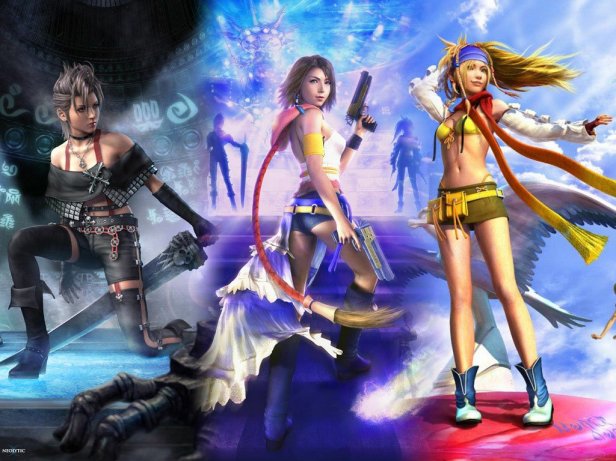