I’m the kind of person who laughs easily, even at things that aren’t that funny. So when something really funny happens, I wildly crack up.

Because I love laughing so much (not only is laughter healthy but it’s an essential part of human life), I tend to hold comedians in high regard. Saturday Night Live creator Lorne Michaels once shared a metaphor about Hollywood: people tend to see the most powerful animals at the zoo like lions and bears first, but they save the monkeys for last. Even though monkeys are the ones that people enjoy seeing the most, they tend to get the least respect. But even as a kid the monkey was my favorite animal. Whenever I pretended to be an animal as a kid, I never wanted to be the king of the jungle. I wanted to be the monkey. They were the ones who always looked like they were having the most fun!

As an adult, that love for the funny and the fun-loving has been maintained. People like Brad Pitt, Michael Caine, and Scarlett Johansson are the kings and queens of Hollywood but to me, the court jester is more interesting than the kings and the queens.

So I decided to nominate all the writers, performers and artists who make me laugh the hardest, and from those nominees I ranked the ten most funny people and this list is the result. Find out who makes me laugh and get an idea of my personal sense of humor.

Along with each artist is a paragraph describing why I like them and the work they did that is the best showcase for their comedic talent which is marked “Funniest Work.”

One of my favorite things about comedians is that they tell the truth about things that no one else in Hollywood will even address, like race, politics, religion and sex. Most of the comedians who are famous for ridiculing the status quo (Jon Stewart, John Oliver, Bill Maher, Michael Moore) are liberals who I like because they say things I agree with, but none of those guys are particularly my favorite comedians based on jokes alone. However, if there is one person who is just as funny as he is taboo, it’s Chris Rock.

Rock discusses the unfairness of the way black people in America are treated more intelligently than any other comedian and oftentimes points out things that effect my life personally such as racism, but he balances the seriousness of these issues with humor deftly because of his skilled writing and loud and hard-hitting delivery that makes it sound like even he can’t believe what he’s saying. Rock is one of the most fearless comedians I’ve ever seen but his hard-hitting facts about the horrors of life go down easy because of his likability.

Richard Pryor was famous in the seventies for being one of the few stand-up comedians who told the truth about what black people actually thought about white people on stage. But the truth is that Pryor was more than that. No matter what he was talking about, he knew how to make it hilarious. He knew how to get the audience to hang on his every word. It never felt like he was telling jokes. It always felt like I was listening to one of my funny friends tell a story, and no one told funnier stories than Richard Pryor.

I like a lot of songs, but most songs these days are pretentious emotional garbage manufactured by record companies. Which is why my favorite singer is the Alfred E. Neuman of the music industry “Weird Al” Yankovic. I first discovered the accordian-playing Yankovic in the 2000s and listening to him parody all the popular songs of that decade was a revelation to me. I was never a big music person, but after becoming a Yankovic fan, I started listening to all the original versions of the songs he made fun of, which broadened my musical taste and expanded my playlist to more than just classical music and Disney songs. It was all thanks to Yankovic’s eye for comedy making such an impression on me.

I will always love Robert Smigel for his writing on Saturday Night Live. He was the one who wrote the SNL sketch where William Shatner told attendees at a Star Trek convention to “get a life,” and he was also the writer behind SNL‘s howlingly funny animated Saturday TV Funhouse segments (The Ambiguously Gay Duo, The X-Presidents). That alone would have been a legacy worthy of my respect, but it was Triumph the Insult Comic Dog (the puppet who first appeared on Late Night with Conan O’Brien as a judge at a dog show) that puts Smigel on the list as one of the people who makes me the laugh the most. Those Hulu specials where Triumph covered the 2016 U.S. presidential election are outstanding.

The stars of the surreal New York-set stoner comedy Broad City, Abbi Jacobson and Ilana Glazer, are comedians hailing from the improv troupe Upright Citizens Brigade who first developed the show as a web series before it was found by Amy Poehler and sold to Comedy Central as one of the most original comedies on television. In Broad City, Jacobson is the awkward and quiet one and Glazer is the fearless and outgoing one. The way Jacobson and Glazer’s personalities compliment each other leads to memorably entertaining misadventures and it makes them my favorite comedy duo of all time. They talk in ways you don’t normally hear women talk in television shows but the women I hear talking on the streets in the city where I grew up talk exactly like them. 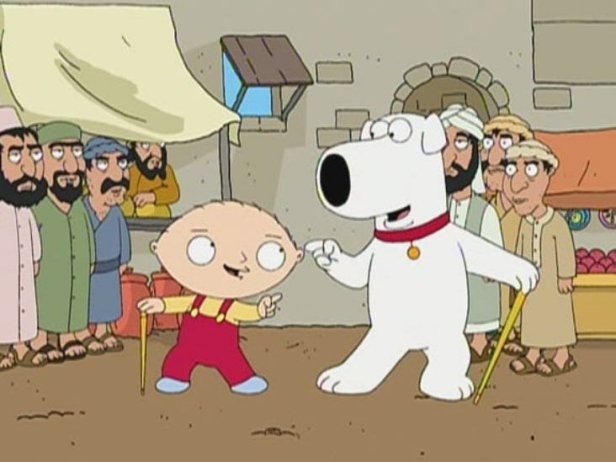 I admit that even I am sometimes disgusted by the jokes on Seth MacFarlane’s animated comedy Family Guy, but the writing is so laugh-out-loud funny that it’s always worth sitting through. People who say The Simpsons is better than Family Guy argue that The Simpsons has more heart than Family Guy. That is 100% true. Seth MacFarlane has never been interested in following traditional sitcom conventions in his animated comedies, which made his shows a perfect fit for the similarly cynical and joke-focused comedy of Adult Swim when it aired there in syndication after getting cancelled by FOX (and later revived by FOX due to its popularity on Adult Swim) and it angers me that Family Guy gets disrespected for this when things like Abbot and Costello, The Three Stooges and Seinfeld are held in high regard even though they also tell joke-oriented stories with zero heart. Family Guy is the best example of how funny you can be when all you care about is making your audience laugh.

Scottish stand-up comedian Craig Ferguson comes in as the fourth most funny person I’ve ever seen but he’s the number one funniest talk show host. Every night from 2005 to 2014, Craig Ferguson hosted (“hosted” may be too strong a word for it) The Late Late Show on CBS after David Letterman’s show ended, which was something even he couldn’t believe as he often joked about how crazy it was that CBS was letting him get away with it. It often felt like Ferguson was experimenting with the talk show format to see how far he could go breaking the rules, and his disregard and constant bad-mouthing of his audience, producers, the network, the camera operator, and everyone except his celebrity guests often resulted in totally bizarre but genuinely funny comedy.

Dave Chappelle, the stand-up comedian and star of Comedy Central’s Chappelle’s Show, which he co-created with comedian Neal Brennan, has only become more beloved due to his long absence after the sudden cancellation of his show and his rare public appearances. Chappelle is one of the smartest comedians because he has a consistently extraordinary knack for knowing how far to take his outrageous comedy and his series Chappelle’s Show is the kind of sketch comedy show that audiences young and old, white and black, genius or moron could equally enjoy. It also has the distinction of being the comedy that made me laugh the hardest thanks to his impression of musician Rick James in those Behind the Music parodies.

I have to include Robin Williams on this list. I have never laughed harder at stand-up comedy than when Robin Williams was performing. Even when he was talking to Johnny Carson on The Tonight Show or talking to James Lipton on Inside the Actor’s Studio, Williams was like a machine gun of comedy and maybe the best improviser in the world. I wrote an article on this website about Robin Williams back in 2017 that further explores my love for the man.

Animation director Chuck Jones gets my top spot for the person who makes me laugh the most, which may be surprising since he’s the only person on this list who is not a performer. In addition to being the funniest person in Hollywood, Jones also happens to be my favorite director. No one else in the Warner Bros. animation department seemed to have a better grasp on comedy and timing (no disrespect to Friz Freleng or Robert McKimson). I also don’t know any other artist who can make a still image funny. I tried and I failed. It is near impossible for me to draw something that makes people laugh based solely on how it looks, but Jones constantly did this and made it look easy. Michael Maltese wrote many of Jones’ funniest cartoons, but they would not have been as funny as they were without the artistic direction of Jones. 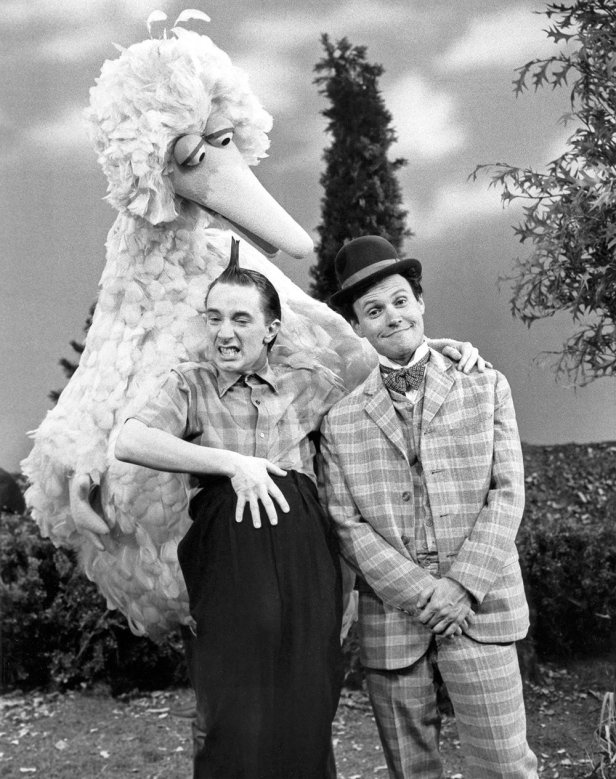 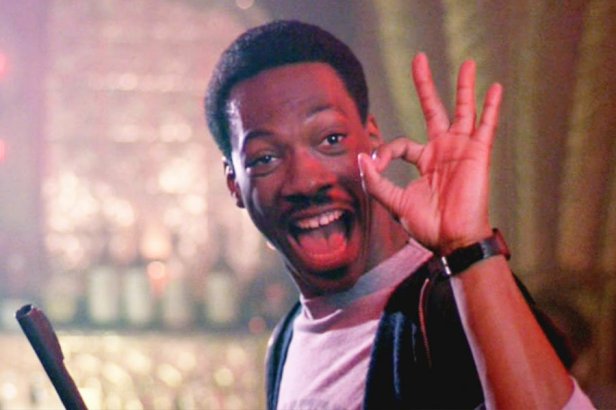 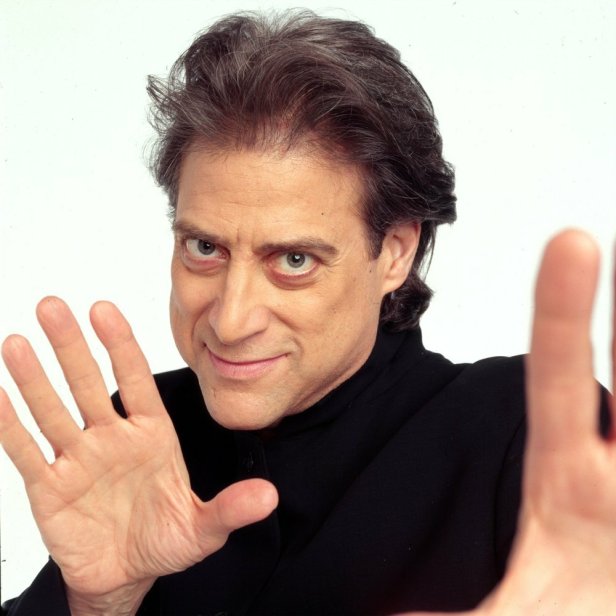 3 thoughts on “Who Makes Eli Laugh the Most?”