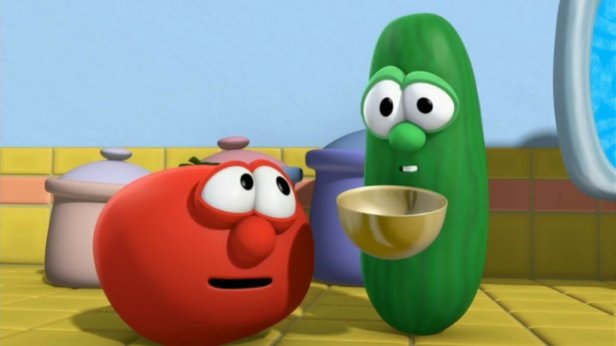 I remember the first time I saw the VeggieTales animated specials on broadcast television. It was on a television network called Pax TV (now known as Ion Television, and then known as the Supermarket Sweep channel in my house). At the time, computer animation was uncommon so it was mesmerizing to watch, but now it’s so primitive it makes Madagascar look like Tangled. Its look has been updated as technology got more sophisticated, but now it seems the series has disappeared altogether, which is a bit surprising since at one point it seemed as though it would never go away. Has VeggieTales finally come to an end or is there still a future for this franchise?

VeggieTales is a series of animated films starring anthropomorphic fruits and vegetables that teaches kids Christian moral values through music and comedy and often recreates Bible stories albeit with more pop culture references than in the New Testament. 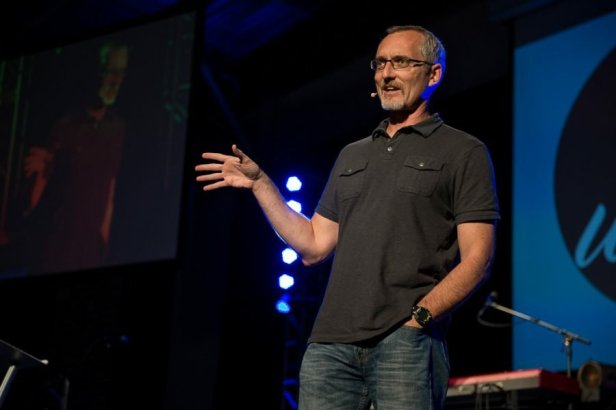 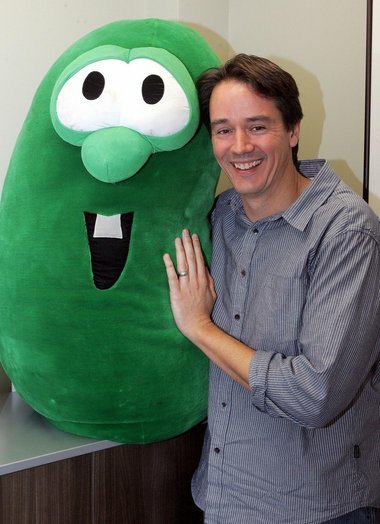 The company that created it is Big Idea Entertainment, founded in 1989 under the name GRAFx Studios by animator, puppeteer and songwriter Phil Vischer and Mike Nawrocki for use in commercials.

The idea for VeggieTales originated when Vischer was testing animation software in the early nineties. The technology was limited at the time, so much so that it would have been impossible to create characters with believable looking hair, limbs or clothing, which meant human characters were out of the question.

First Vischer animated a talking candy bar, but his wife suggested something healthier to promote better eating habits. Thus the decision to make the main characters a talking tomato (Bob, voiced by Vischer) and cucumber (Larry, voiced by Nawrocki) was born.

The first VeggieTales video came out in 1993 and was called Where’s God When I’m S-scared? As I alluded to earlier, the series has aired on Pax TV and beginning in 2006, the NBC-owned children’s network Qubo. Reruns later aired on Christian-based networks like Trinity Broadcasting Network (TBN).

The CGI in the series had always been created by Softimage 3D but was replaced in 1999 by Maya, a major graphic app created by Alias Research Corporation used to create interactive 3D applications, but is also used in many Hollywood movies and is regularly seen in the credits of practically every American film that uses animation or special effects since 1999, so VeggieTales was in good company! 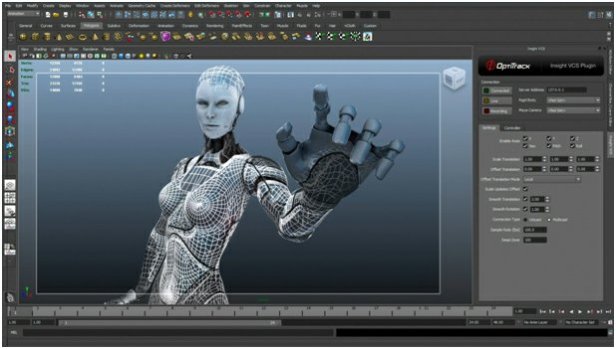 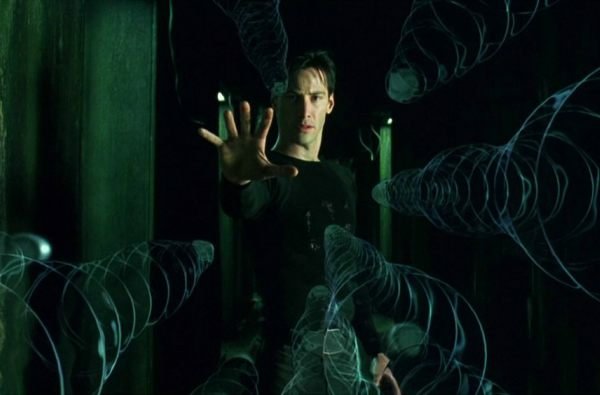 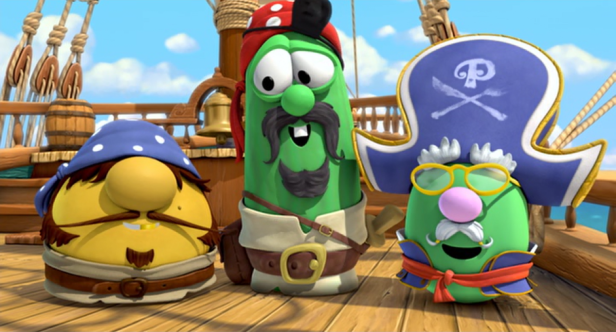 Unfortunately Big Idea filed for bankruptcy in 2003 and was auctioned off to Classic Media, the owner of many animated properties such as Rocky and Bullwinkle, Casper the Friendly Ghost and the Rankin-Bass holiday specials. DreamWorks eventually bought Classic Media and changed the name of the company to DreamWorks Classics, which makes Universal the owner of VeggieTales.

In 2009, Netflix made many of the VeggieTales movies available uncut (NBC had cut out the religious content when they aired it on broadcast television, leading the series’ creator and fans to question why they bought it in the first place).

Netflix later had its own original series that aired in 2014 called VeggieTales in the House. The show was helmed by Doug Tennapel of Earthworm Jim fame. As usual, Phil Vischer and Mike Nawrocki voiced Bob and Larry, but many of the other characters were taken over by Tress MacNeille and Rob Paulsen. 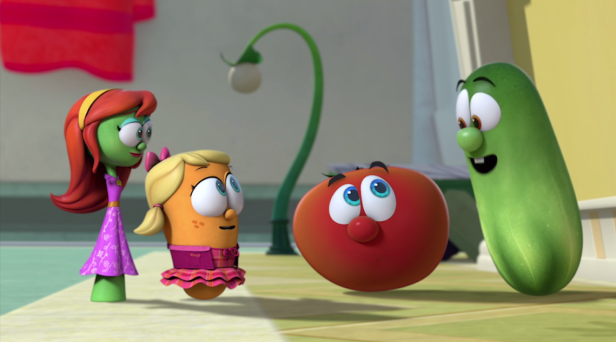 2017 saw the series evolve into VeggieTales in the City, and that show aired for a while until Netflix cancelled it abruptly.

Ever since Netflix cancelled the VeggieTales series, the future of the franchise has been called into question. Both Phil Vischer and Mike Nawrocki have stated that they are not currently working on anymore VeggieTales, although Vischer says that he would love to continue if there was an opportunity.

The question is, will there be another opportunity? Netflix probably cancelled it for a good reason, and most likely that reason was due to lack of popularity. Which makes it seem unlikely it will see the light of day again, especially since both of its creators seem to be taking an indefinite break.

It is up to them and DreamWorks if the series continues from this point forward. Still, it is probably the most popular children’s franchise that revolves around the teachings of the Bible. If ever there is a need for this type of programing, Vischer and Nawrocki will likely be the first ones to get the call.

3 thoughts on “The Revelation of VeggieTales”