There are a lot of people in the entertainment industry who I love that other people do not. That’s what happens when you love as many celebrities as I do.

Chuck Lorre is one of the most successful television producers, sometimes called the king of sitcoms. He is the man behind such shows as Two and a Half Men and The Big Bang Theory, which many of my friends dislike (including my brother) and I actually understand why because I used to dislike them too.

Lorre was born in NYC in 1952 as Charles Michael Levine, growing up in Long Island. He started out as a musician, touring across the U.S. as a guitarist and songwriter after leaving school. He actually didn’t consider getting into the television industry until much later. Reportedly after the cancellations of Smothers Brothers and Star Trek in the sixties, he found it hard to take the medium seriously.

His first hit was Debbie Harry’s “French Kissin’ in the USA,” but he wrote over 400 songs before that one became successful. His most famous song was the theme to the 1987 series Teenage Mutant Ninja Turtles, (which he co-wrote with Dennis Challen Brown) and Lorre soon found that writing for television was a much steadier job than writing for musicians (health care and residuals didn’t hurt either).

Chuck Lorre was a writer and developer for many shows in the early eighties, the first of which was the 1984 DiC cartoon Heathcliff. Among the other shows he has written for are Muppet Babies, Fraggle Rock and Beany and Cecil.

His first sitcoms aimed at adults were Charles in Charge, My Two Dads and Roseanne, the last of which he was fired as a producer from due to creative differences. However, he was so impressive in his role as a producer on Roseanne that his own sitcom creations started immediately getting the greenlight.

Almost every TV show he helped create has been successful.

Grace Under Fire (ABC, 1993-98) starring comedian Brett Butler was the first success he had on his own and it was nominated for a Golden Globe.

Dharma & Greg (co-created with Dottie Dartland for ABC, 1997-2002) was one of his most popular shows, earning Jenna Elfman a Golden Globe and the show itself multiple Golden Globe and Emmy nominations.

And following these three successes were three even bigger successes: Two and a Half Men, The Big Bang Theory and Mom, all on CBS. These three sitcoms are the shows that made me a fan of Chuck Lorre, and I enjoy his writing so much I have literally seen every episode of Two and a Half Men and I continue to watch The Big Bang Theory and Mom religiously.

So why do I love his shows so much? I will explain by describing each of these three shows individually. 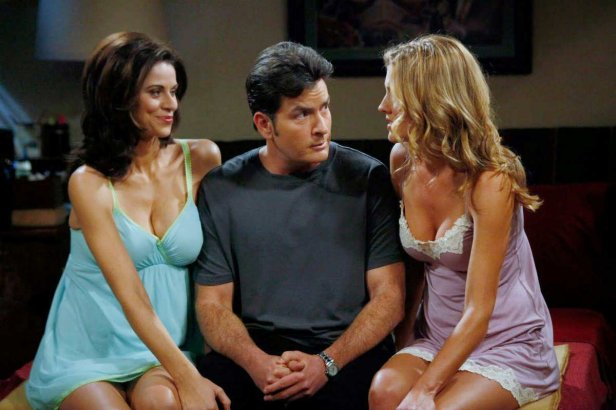 Plot: a rich bachelor named Charlie Harper (Charlie Sheen) lives the high life in Malibu having sex with every woman he meets, but his brother Alan Harper (Jon Cryer) and his son Jake (Angus T. Jones, the “half-man”) lose their home in Alan’s divorce and show up at Charlie’s place to stay, until he gets back on his feet (which turns out to be never, if the season count is any indication).

Reason I like it: this show always looked so unappealing whenever I saw it in promos, but the first time I ever sat down to watch I immediately got hooked, and I fully credit Jane Lynch (Glee, Wreck-It Ralph). She played Charlie’s therapist in the first scene I ever watched and their conversation was so funny that I wondered why I hadn’t been watching this whole time.

The brightest star in the cast however is Jon Cryer, who throughout his years on this show has been its comedic backbone as he embodies every neurotic, spineless, pathetic loser in the world with brilliant comedic timing and physical energy. The Emmy he won for this role in 2012 was well-deserved.

This sitcom was basically a raunchy version of The Odd Couple. The jokes are so dirty it almost sounds like something that would air on Showtime. It’s very broad and very much a farce, and it’s not hard to understand why people dislike it, especially in later years when it started running out of steam, but I am a fan of broad comedy when the cast is well-realized, and the characters in this show are all great, often caricatures exaggerated to their hilarious limit. 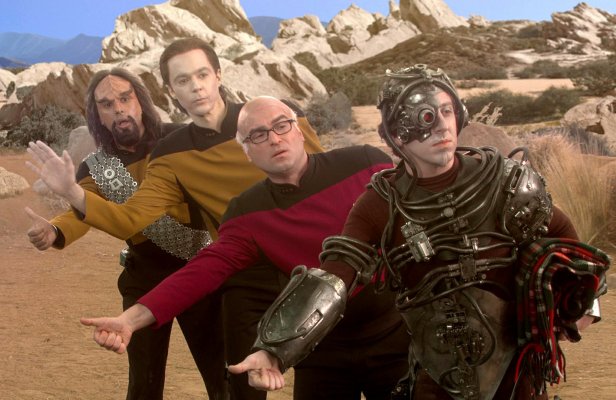 Plot: a group of brilliant and nerdy adults are experts when it comes to computers, comics and Star Trek, but they struggle in their social lives, which is magnified even more when a pretty girl named Penny (Kaley Cuoco) moves next door to them and becomes their friend.

Reason I like it: I will admit this show used to be better in its early years and it has slightly gone off the rails these days, but the central appeal of seeing a group of nerds (my people!) lead a mainstream sitcom personally never gets old to me. Aside from that, each character in this sitcom has a very strong and definite personality. Leonard (Johnny Galecki) is the wimp, Sheldon (Jim Parsons) is the snob, Howard (Simon Helberg) is the skirt chaser, and Rajesh (Kunal Nayyar) is the shy one. It is very easy to write for characters when you understand who they are, which a surprising number of sitcoms get wrong but Chuck Lorre’s always get right.

Many self-identifying nerds criticize this show for being unrealistic. They are correct. None of Lorre’s sitcoms are particularly realistic. That’s because sitcoms with studio audiences require broad and simplistic jokes, but for broad humor, Lorre is a master, and that’s a talent many of his critics fail to recognize. 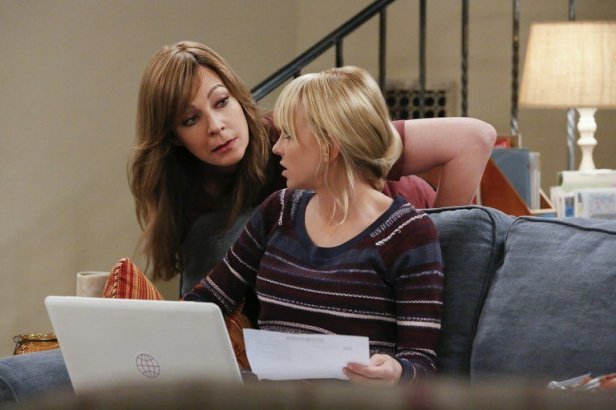 Plot: A single mom (Anna Faris) with a troubled past tries to get her life back together with help from her mom (Allison Janney) and a group of women she befriended at Alcoholics Anonymous.

Reason I like it: by far this is my favorite of Chuck Lorre’s sitcoms. While it shares the farcical DNA of Lorre’s other comedies, it is modulated to a more grounded degree here. Chuck Lorre has said that one of his goals with this show was to push the sitcom form to its dramatic limitations, and it succeeds. Most episodes of this show are the most emotional of any broadcast network besides The CW, and that includes all the dramas! Themes include unemployment, drinking, drugs, gambling, and death. It speaks to the skills of the writers that the drama and the comedy do not clash, the reason being that, again, the characters are strong. The best fictional characters will work in any emotional situation if they seem real to an audience.

Basically all three of these shows are entertaining because they make me laugh, as all comedies should.

The reason why people call Lorre the king of sitcoms may be because he has so many successful ones, but I care about quality, not quantity, and you can tell Lorre does too when you hear the stories about how he improvises lines on the set of his sitcoms when the studio audience isn’t laughing loud enough. The takes with the funniest jokes and the loudest laughs are the only ones that make it to air, which makes writing for sitcoms look like an easy job when in fact it is one of the toughest and most high-pressure jobs in the world. Much more worthy of respect than the writing of other genres because the laughter is immediate, and having none can be the death of a career in comedy. Luckily his jokes are so sharp that I practically laugh at every one. This is why I always defend Chuck Lorre whenever someone talks trash about him.

I’ll end this blog with a freeze frame of one of my favorite vanity cards, which always appear at the end of every Chuck Lorre production and often times act as personal messages to the audience (if they are fast enough to read them). This is the one that appeared after the series finale of Two and a Half Men, after Charlie Sheen was replaced by Ashton Kutcher years earlier.