The giant balloons at the Macy’s Thanksgiving Day Parade in New York are each handled by 90 people and consist primarily of fictional characters throughout pop culture. Consistently they are the best things about the parade. I don’t remember the floats, the musical performances or the banter between the hosts. It’s the balloons that stick in my mind because many of them consist of my favorite cartoon characters. Here is some trivia.

The 1931 Felix the Cat balloon was the first balloon based on an existing character. 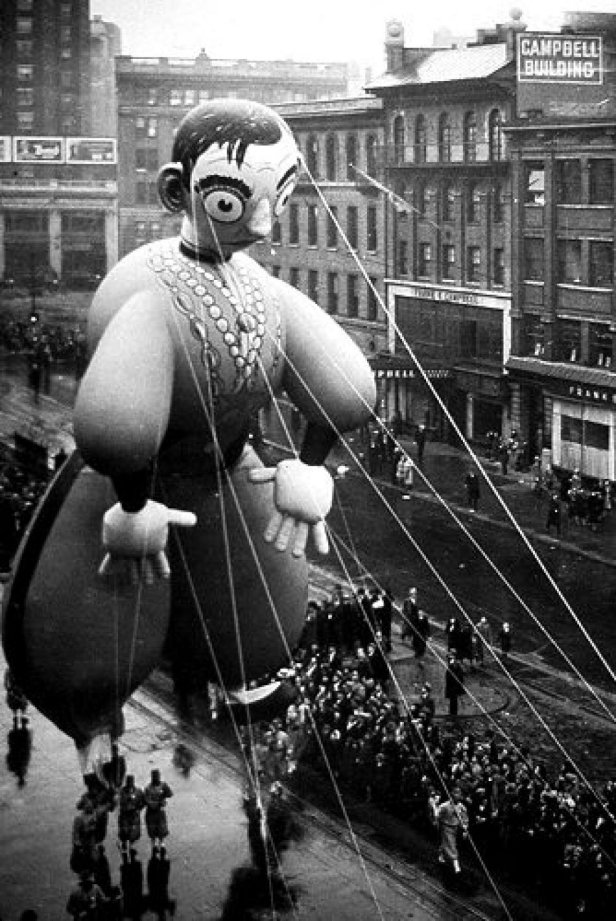 The Eddie Cantor balloon in 1934 was the only balloon based off of a real person if you don’t count the Marx Brothers in 1935.

The Mickey Mouse balloon is a longstanding tradition at the parade and he’s probably undergone the most dramatic transformation throughout the decades.

Other classic cartoon characters who have balloons: 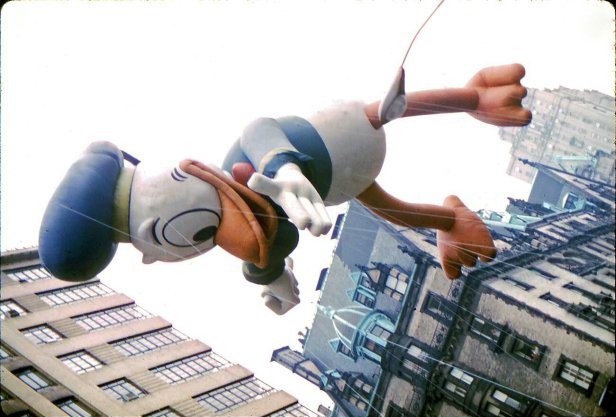 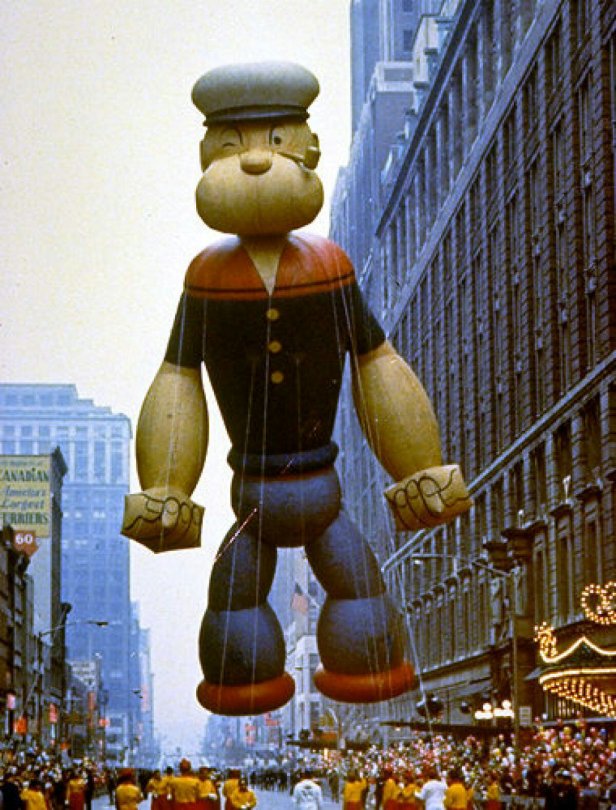 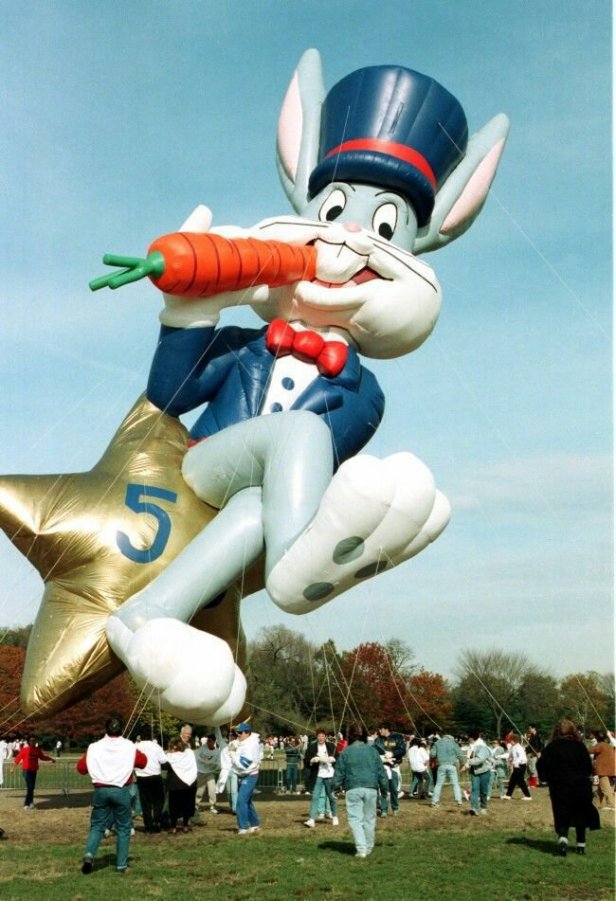 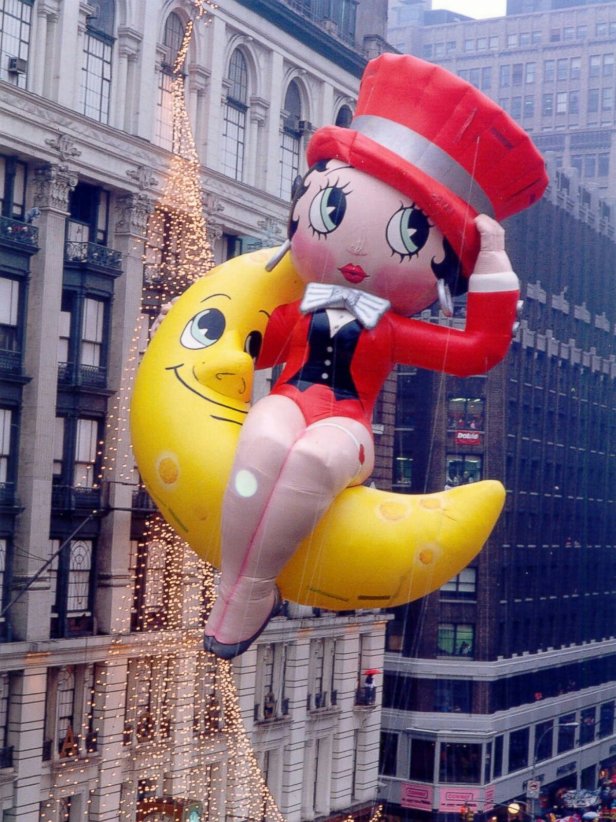 The only three superheroes to have balloons at the parade to my knowledge are these three: 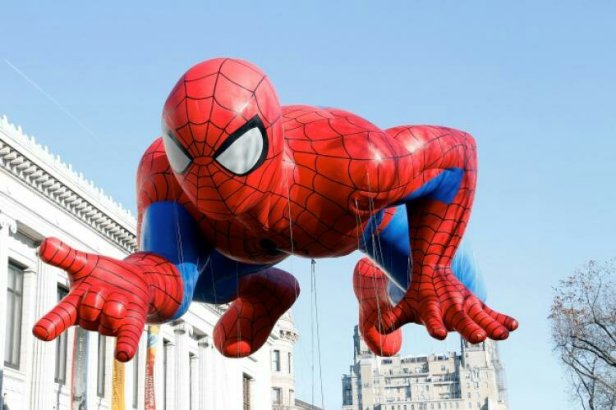 By the way, the Superman balloon from 1980 was the largest balloon on record.

Snoopy probably has the most versions. There is Aviator Snoopy, Astronaut Snoopy, Ice Skater Snoopy and others. 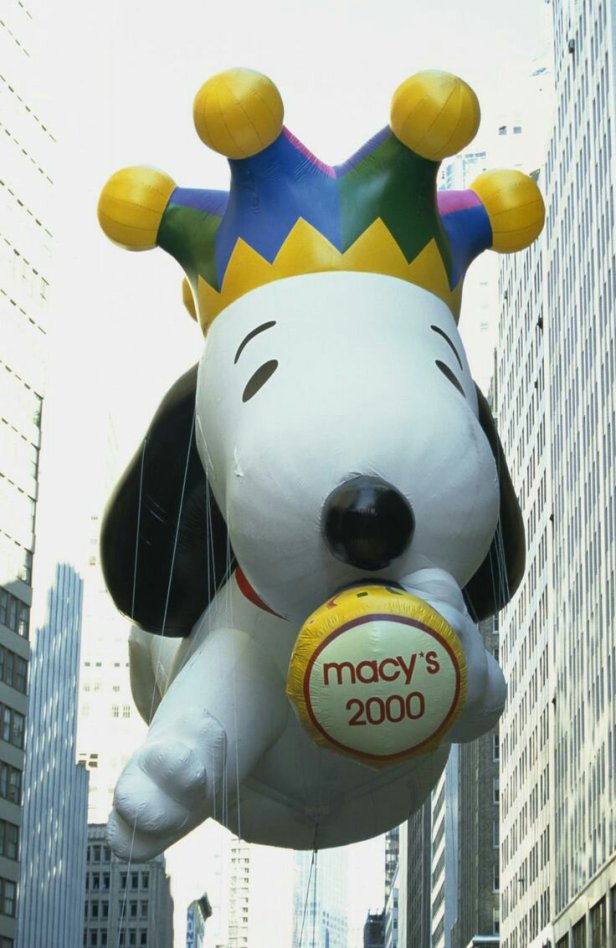 These are the only three balloons based on Dr. Seuss characters. 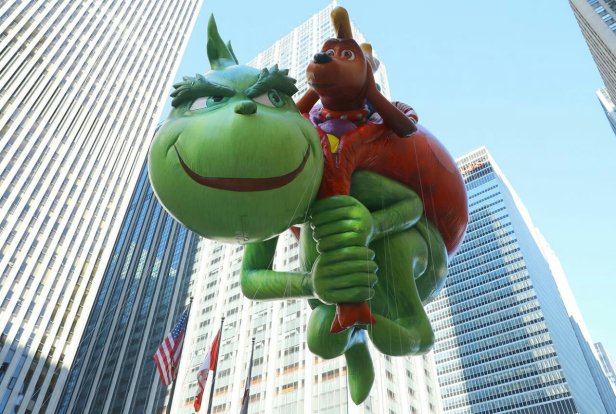 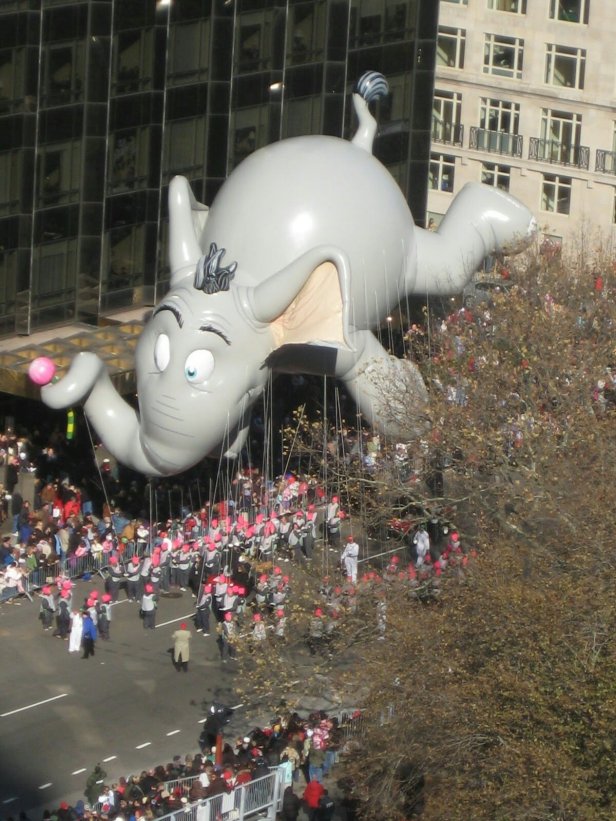 Animated TV series have been well-represented. 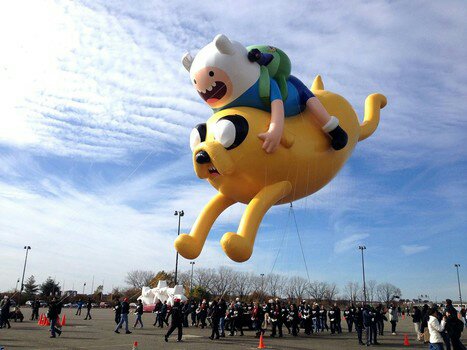 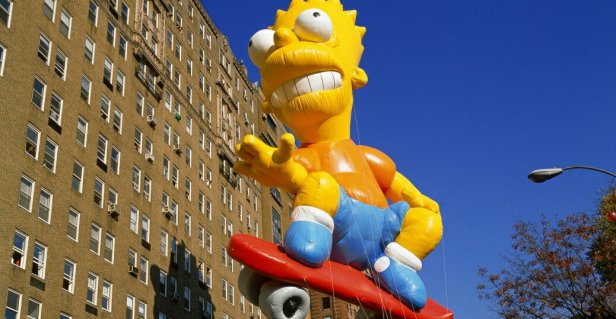 So have animated films. 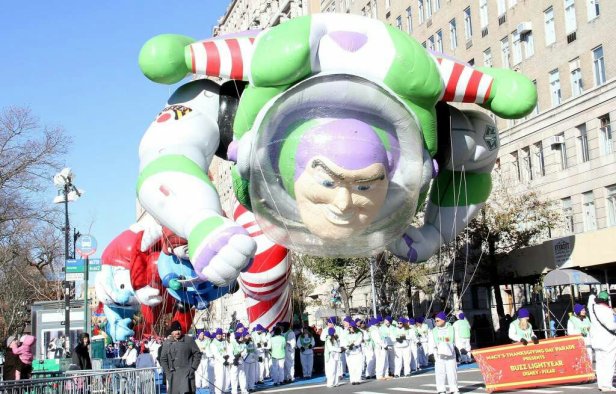 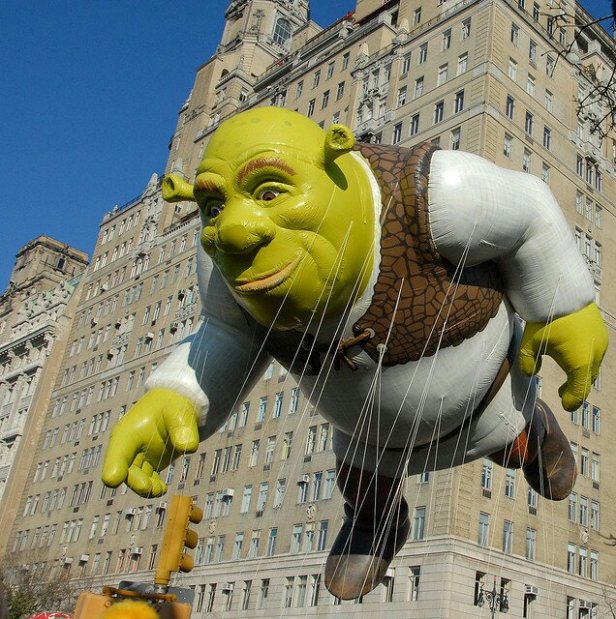 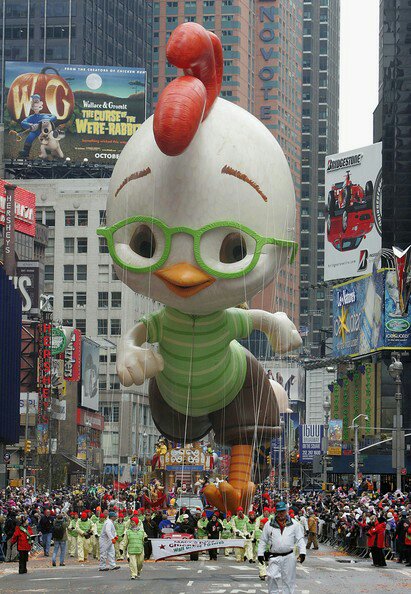 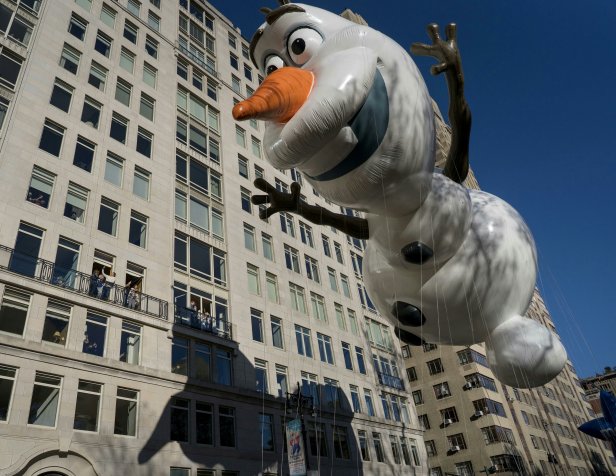 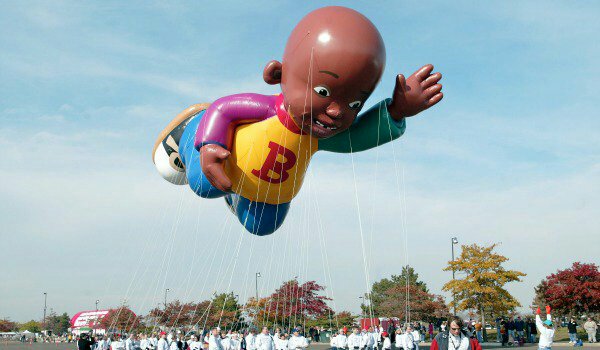 The Sonic the Hedgehog balloon is the first balloon based on a game character. Others included Pikachu, Angry Birds, and if you count non-electronic games, Mr. Monopoly.

The 2006 Pikachu balloon was the first balloon with light-up features, which were in its cheeks.

These two creative balloons are chasing other balloons in a way that comically reflects the frustratingly futile chases these two characters constantly undergo in their respective series.

Finally, my favorite moment in Macy’s history. An apt metaphor for the box office performance of the movie that this character is from: We’re Back! A Dinosaur’s Story. This T rex would not come “back” to Macy’s the next year.