Transformers, the transforming alien robots from the planet Cybertron who consist of the heroic Autobots and the evil Decepticons, began as an American toyline in 1984, although the concept was inspired by Japanese toy company Takara Tomy’s Microman (Humanoid robots) and Diaclone (robots that could transform into various vehicles and weapons). Hasbro bought the franchise in the hopes that they would have another G.I. Joe on their hands.

The Transformers characters from 1984 to 1993 are referred to as Generation One. Comic book writers Jim Shooter and Dennis O’Neil were hired by Hasbro to create the backstory, including the name “Optimus Prime” (Shooter came up with the story and O’Neil came up with the characters but most of the iconic characters that the fans know today were actually created by O’Neil’s replacement Bob Budiansky). 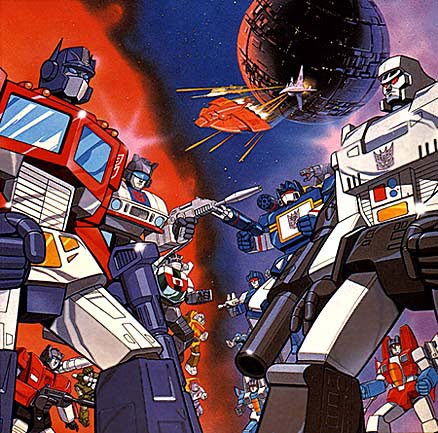 The Autobots and the Decepticons made their animation debut in The Transformers (1984-87) which was co-produced by Marvel who also published the comic, although the comic and the TV show contradicted each other’s stories on a regular basis.

The show begins when the Transformers search for new energy sources to revitalize their war efforts, which leads to a crash-landing on our planet, Earth, where they become immobilized for four million years. When the Decepticons wake up, they set out stealing Earth’s energy, and when the Autobots wake up, they team up with father-son human team Sparkplug and Spike Witwicky to protect the Earth.

The show introduced new robots ahead of their toyline debut such as the Dinobots and the Insecticons. It also lead to The Transformers: The Movie in 1986, which was every bit as entertaining as the popular TV show but was poorly recieved by filmgoers and critics. However, the movie has since entered cult status and is notable for its impressive celebrity voice cast. 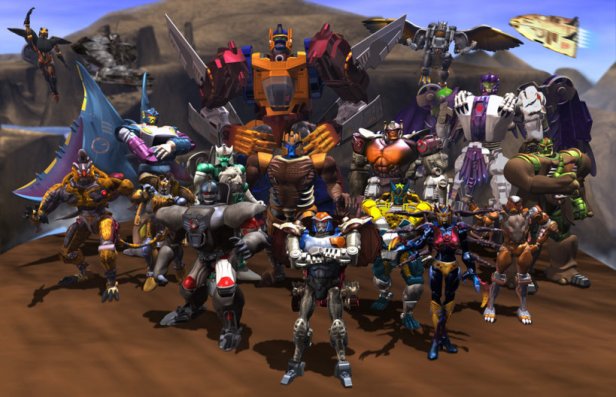 After the ’80s, Transformers lived on in comic books (where they have teamed up with G.I. Joe and even Marvel’s Avengers) and spin-off TV series such as Beast Wars: Transformers (1996-99) starring Optimus Primal instead of Optimus Prime and made by the same Canadian animation studio responsible for the TV series Reboot. Beast Wars was well-recieved by fans old and new and the spin-off line still remains popular.

In the 21st century there were even more series:

The TV series Transformers: Prime, which aired on Hub Network from 2010 to 2013, has won multiple Emmys and is considered by many critics to be highly entertaining and even a redemption of the mediocrity that has plagued the series up to that point. Transformers: Prime was so popular that the TV shows Transformers: Rescue Bots (2012) and Transformers: Robots in Disguise (2015) essentially exist in the same world as Prime.

In 2007, Michael Bay directed and Steven Spielberg executive produced the first live-action Transformers movie, which was well-recieved by most critics and hugely popular with audiences. It turned Shia Labeouf and Megan Fox into superstars and longtime fans appreciated Peter Cullen reprising his role as Optimus Prime, whom Cullen had voiced since the very first Transformers cartoon back in the ’80s.

The live-action sequels have been consistently derided by critics but all of them (Revenge of the Fallen in 2009, Dark of the Moon in 2011 and Age of Extinction in 2014) are box office successes. The longevity of this series is almost unbelievable but the fanbase is passionate, and it doesn’t look like this series is going away anytime soon. 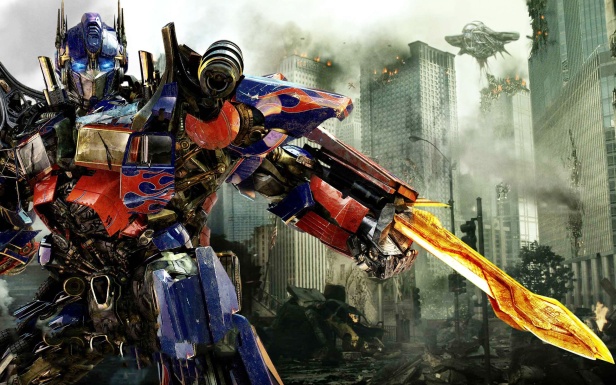 2 thoughts on “Transformers Through the Ages”