Rotten Tomatoes is an American review aggregator website for movies and television shows. The name was derived from the old vaudeville practice of throwing rotten tomatoes at stage performances you didn’t like. Founded in 1998, the idea behind the website was to give people access to the majority opinion of the top film critics. This is actually an inspired idea and it became instantly popular, but it also has its detractors, the concerns of whom I will address as I attempt to defend this site.

I have made it clear on Twitter that I hold Rotten Tomatoes in high regard. Since I started my Twitter account I have reported their consensus, accompanied by their scores, on all the major film releases. Every time I mention the name of the movie I put the Rotten Tomatoes score next to it in parenthesis. The reason is because Rotten Tomatoes is the most accurate predictor of whether or not you will like a movie. Say what you will about critics but most of them know what they’re talking about and their input is invaluable if you’re on the fence about a movie.

Some people think Rotten Tomatoes is the worst thing to happen to the movie industry. The idea of simplifying nuanced opinions and jumbling them into a pile of “good” and “bad” is questionable to some, but this takes nothing away from the many professional film critics if you understand the point of the website. Whether or not Rotten Tomatoes influences the opinion of filmgoers almost doesn’t matter as much as the site’s intentions. If you want to know how top critics or audiences feel about a movie, this is the best place to go. Simple as that. If there are film critics you trust more than others (for me, Roger Ebert, Leonard Maltin and Peter Travers) you have access to their reviews, and if you want, you can also see what the majority thinks.

One of the most authentic and accurate groups of film critics, the New York Film Critics Circle, has called out websites like Rotten Tomatoes as examples of the internet’s revenge on individual expression. A dramatic example but I understand where the high brow organization is coming from. However, the NYFCC criticizing Rotten Tomatoes is kind of like a gourmet restaurant criticizing Burger King. Most people aren’t gonna hear it because the two organizations exist in two different universes.

I actually think Rotten Tomatoes is the opposite of a problem. I’m the kind of person who doesn’t like to go out and risk seeing terrible films, and 9 times out of 10, I will end up loving certified fresh movies. Some of my favorite movies I would have never considered seeing if not for Rotten Tomatoes. It has opened up the door for more film experiences. Without them, the amount of movie reviews and releases would be too overwhelming to keep track of. 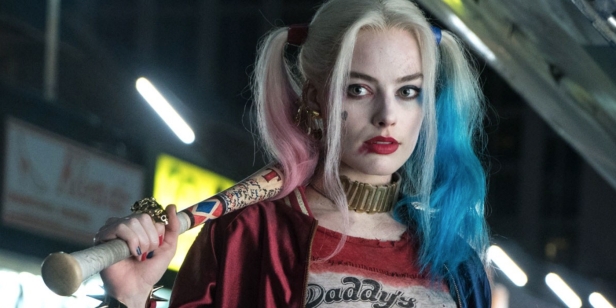 However, I will say that as an individual person on this planet who is capable of having his own opinions as we all are, Rotten Tomatoes and I do not always see eye to eye. There are many examples of this, but perhaps the most notorious reside in the DC Extended Universe.

Man of Steel (55%) I have seen twice and both times have surpised me with how emotional and compelling the story is. Batman v Superman: Dawn of Justice (28%) is not at all a masterpiece but it is not a bad movie in the least. Suicide Squad (25%) has been widely panned not only by critics but by people in my life who I have real respect for. The only people who seemed to like it were me, Kevin Smith and a large audience of DC fans and non-judgmental filmgoers looking for a good time. Not only that – Suicide Squad was one of the most enjoyable movie experiences I’ve ever had with an audience. You may be accurate, Rotten Tomatoes, but your ability as a film guide is not always on the money.

2 thoughts on “In Defense of Rotten Tomatoes ”