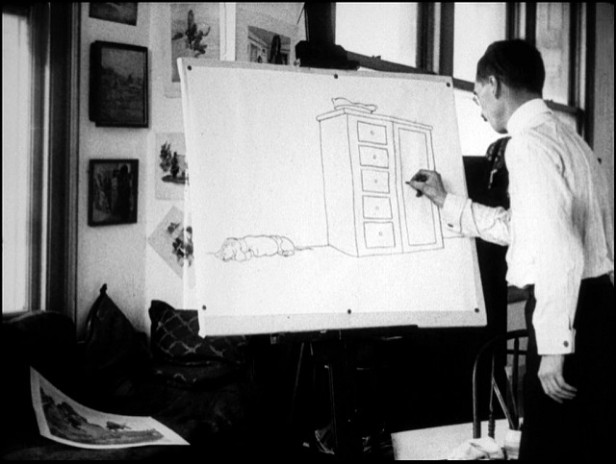 The most famous animator who goes the farthest back in film history would probably be George Méliés. Most well-known for the 1902 film A Trip to the Moon, Méliés was not only a science fiction pioneer – he also pioneered stop frame, fades, dissolves, storytelling and animation.

Animation in the 19th century was crude and wasn’t considered serious art yet. The earliest filmed animation is believed to be from the U.K. when Arthur Melbourne-Cooper made a film in 1899 for the Bryant May match company asking the public to send money to British troops in South Africa, but as we entered the 20th century, animation as an art form began to grow:

These were all important technical innovations but animation’s popularity really took off when comic book artists became interested in the medium. The two most important being John Randolph Bray and Winsor McCay.

Bray’s 1913 animated short The Artist’s Dream won him a distribution deal with Charles Pathé, and he was the first person to create a cartoon series when he created the character Colonel Heeza Liar. Bray had the biggest studio in pre-war America. Many famous animators and producers who got their starts working for Bray include the Fleischer brothers (Producers of Popeye, inventors of rotoscope animation), Paul Terry (Producer of Mighty Mouse), Earl Hurd (inventor of cel animation), Walter Lantz (Producer of Woody Woodpecker), Pat Sullivan (Producer of Felix the Cat), Grim Natwick (Animator of Betty Boop) and David Hand (director of Snow White and Bambi).

McCay’s 1914 film Gertie the Dinosaur is often regarded as the first true instance of character animation. Gertie felt real and had a distinct personality, which was a huge evolution from the lifeless stick figures of years past.

McCay, who was influenced by the surreal animation of Emile Cohl, was said to have had a huge influence on a young Walt Disney, and it was Disney who shaped animation in the 20th century and took it to its artistic pinnacle.

2 thoughts on “The Birth of Animation”