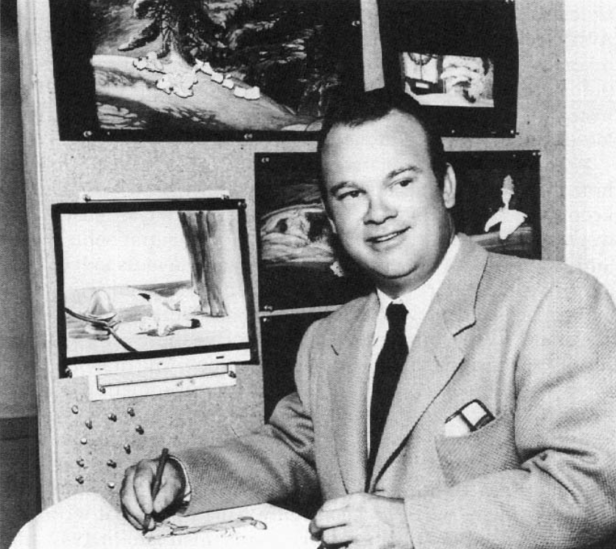 If Walt Disney was responsible for elevating the art of animation to new bounds of realism, Tex Avery was responsible, in an equally revolutionary way, for embracing animation’s cartoony side. When he worked as a director for Leon Schlesinger at Warner Bros., he deliberately became the complete opposite of Disney and this was the attitude that was most responsible for shaping the style of the Looney Tunes and Merrie Melodies from the 1930s forward.

In the early days of Warner Bros. animation when Hugh Harman and Rudy Ising were in charge of the Looney Tunes and Merrie Melodies and characters like Bosko and Foxy were their only stars, the creativity that these cartoons became famous for was not yet evident.

Ever since Mickey Mouse became popular, all the animation studios in the thirties wanted to be Disney, which was the most artistically and financially successful animation studio. Leon Schlesinger would even hire former Disney artists like Friz Freleng, Jack King and Tom Palmer to work on his cartoons. The result was a batch of largely uninspired Disney clones. The arrival of Tex Avery in 1935 changed all that.

The Texas-born animator had previously worked his way up the ranks working for Walter Lantz at Universal on Oswald the Lucky Rabbit cartoons before learning of an opening for directors at Schlesinger’s studio. The WB animators were creatively unfulfilled working under the Disney directors so Schlesinger took a chance on Avery in hopes of satisfying his artists.

At Warner’s, Avery worked with promising and creative young animators like Chuck Jones, Bob Clampett and Bob Cannon and even brought Virgil Ross and Sid Sutherland from the Walter Lantz studio along with him.

The enthusiastic group of animators was moved to their own shack on the Warner Bros. Sunset Lot separate from the Schlesinger Studio. The shack nicknamed Termite Terrace became a legendary location in animation history because it was the place where Avery helped develop the distinct and wild personality of the Looney Tunes and Merrie Melodies shorts, and thanks to the creative freedom Schlesinger gave them, none of the animators held back an iota. 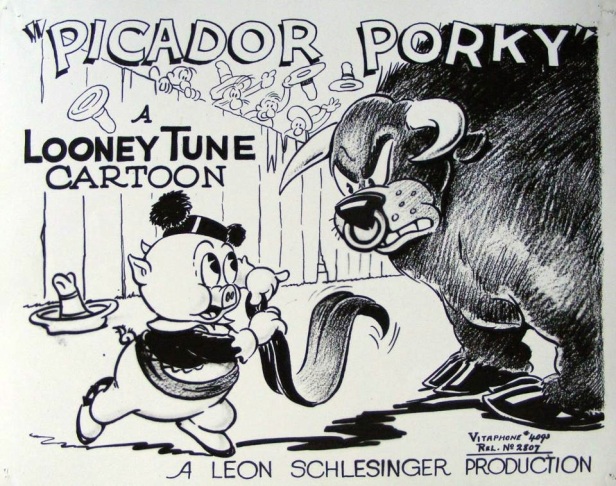 Avery himself was largely responsible for the creation of Daffy Duck as he directed the cartoon where Daffy made his first appearance Porky’s Duck Hunt (1937) and he also created Egghead (who morphed into Elmer Fudd) and made Porky Pig a more cute and appealing character.

Many of the animators at WB tried their hand at a wacky rabbit character (who eventually became nicknamed Bugs’ Bunny after Bugs Hardaway) but Avery refined the personality of the rabbit giving him his catchphrase “What’s Up, Doc?” in the 1941 cartoon A Wild Hare.

Tex Avery directed many cartoons at WB from the late 1930s to the early 1940s including three other Bugs Bunny cartoons (Tortoise Beats Hare, All This and Rabbit Stew, The Heckling Hare), two other Daffy Duck cartoons (Daffy Duck & Egghead, Daffy Duck in Hollywood), many Porky Pig cartoons and other funny stand-alone films like I Love to Singa, Little Red Walking Hood and Hollywood Steps Out. 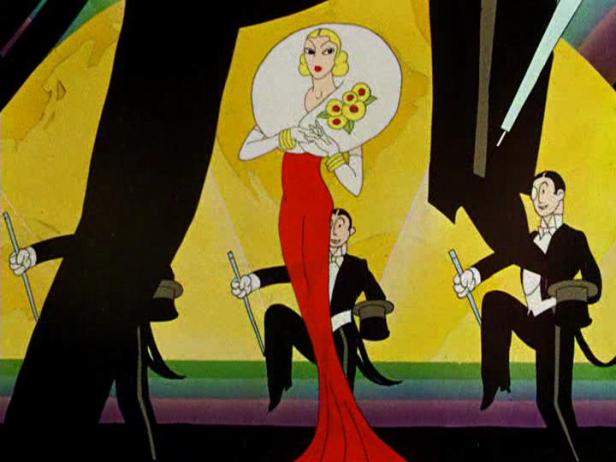 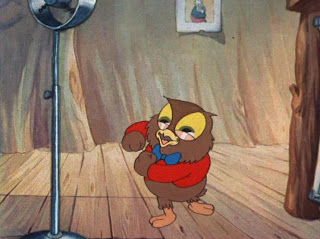 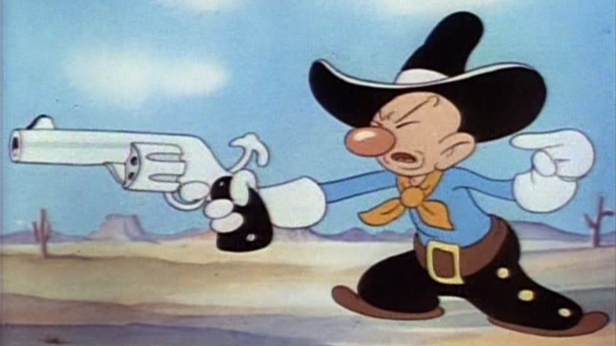 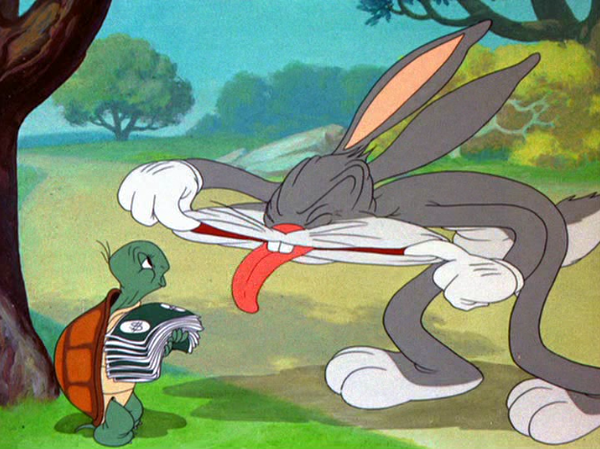 The humor of the WB cartoons in this period was evolving into a fast, loose and darkly anti-Disney sensibility that did an admirable job distinguishing itself from Mickey Mouse and Silly Symphonies, to the point where the cartoons would break the fourth wall much more often than other cartoons. Tex Avery was such a master of comedy that he would often add and remove frames from the film himself to improve its comedic timing. Adult audiences loved this type of humor so much more than the self-serious Disney shorts that by the early forties, Looney Tunes and Merrie Melodies surpassed Disney cartoons in popularity.

Tex Avery may have had a longer career at Warner’s but his tenure at the Schlesinger studio ended abruptly after Avery and Schlesinger got into a disagreement about how to end a cartoon.

In 1941, Tex Avery was hired by MGM to direct cartoons in his own animation unit under the supervision of Fred Quimby. Avery had personally stated that Schlesinger was stifling him and that MGM was much better to work for.

At MGM, Avery was at peak lunacy with cartoons that were much quicker, wilder and unhinged than the cartoons at WB or anywhere else for that matter. The MGM cartoons, which featured stars like Tom and Jerry, Barney Bear and Avery’s own creation Droopy, were not as clever as Looney Tunes but they had higher budgets that were closer to Disney’s and former Disney animators like Preston Blair and Ed Love even worked in Avery’s unit at MGM.

Not that Avery’s MGM cartoons weren’t brilliant. Many of them still hold up and they rival anything made today in terms of comedy. Highlights of Tex Avery’s MGM cartoon library include The Blitz Wolf, Dumb-Hounded, Red Hot Riding Hood, Swing Shift Cinderella, Henpecked Hoboes, King-Size Canary, Bad Luck Blackie, Magical Maestro, The Three Little Pups and Dixieland Droopy to name a few of my personal favorites. 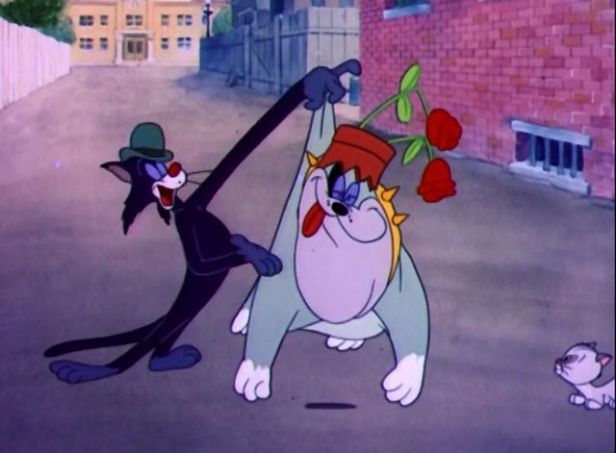 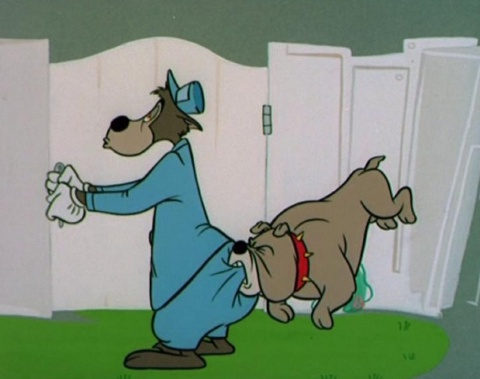 By the 1950s, Avery was burned out and he left MGM in 1953 to work shortly with Walter Lantz directing cartoons starring Chilly Willy the penguin from 1954 to 1955. He left Lantz over a salary dispute and retired from theatrical shorts. He worked in television until his death in 1980 on commercials and finally as a gag writer on the Hanna-Barbera Saturday morning cartoon The Kwicky Koala Show.

But before he died, he left a huge mark on animation that you can see in everything from Who Framed Roger Rabbit and The Ren and Stimpy Show to Animaniacs and the Genie in Aladdin. Tex Avery is an inspiring figure because he tested the limits of the animation medium by doing things that no one else was doing and helped it evolve as a result. Although in his case, it was more like dropping a piano on it rather than helping it evolve.