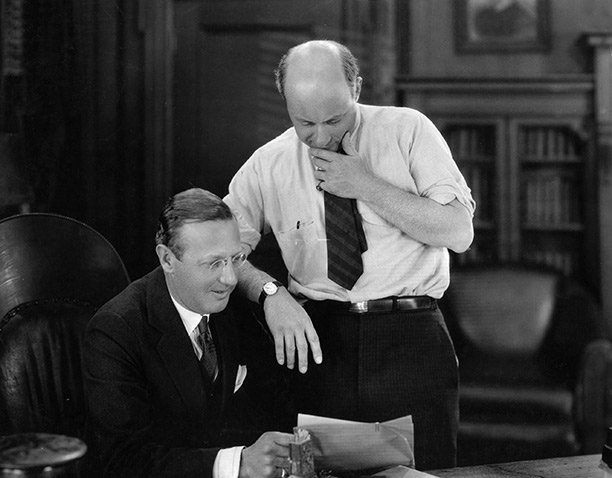 When the language of film was first being written in the late 1800s, there were two kinds of people making movies: technicians and artists. Not surprising since the medium would not exist without these two types of people, but in the early 20th century, a third component entered the picture: financiers.

Most of the biggest Hollywood producers of the 1920s were either Jewish immigrants or the sons of Jewish immigrants from Germany, Russia or Poland. They did not plan on entering the movie business but when they found it, they thrived in it.

The reason why Jewish immigrants did so well in the movie business was the same reason why they did well in the Tin Pan Alley. These were new businesses that had not evolved a corporate structure yet. The kind that tends to keep newcomers out.

This is why many black people and women also gravitated towards the movie business, some becoming famous directors in the silent era, like Oscar Micheaux and Lois Weber.

To this day, the quickest way to fortune and fame is show business, and because everyone has a camera and internet access these days, anyone can become a star in a matter of hours by going viral.

The film industry was essentially started by people with the same do-it-yourself spirit. Moguls took over production when the studio system was put into place in the 1920s, but after the rise of independent filmmakers like Scorsese and Spielberg, film companies have primarily bought and distributed the films of others and will essentially distribute anything, whether it’s part of the Sundance Film Festival or on YouTube.

Although most filmmakers will tell you that the more money is backing your film, the less creative control you have. The first generation of movie men always sacrificed artistic value for money, and that’s a legacy that remains in the film industry.

By 1915, the movie executive triangle had been formed: the film producers on the west coast, the parent companies on the east coast, and the theater owners scattered around the country. So you had production… 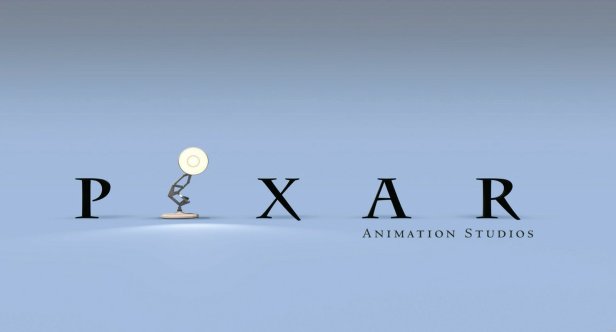 The three greatest studios of the 1920s were Paramount, MGM and First National.

Adolph Zukor founded Paramount, the most powerful film company of the silent era. 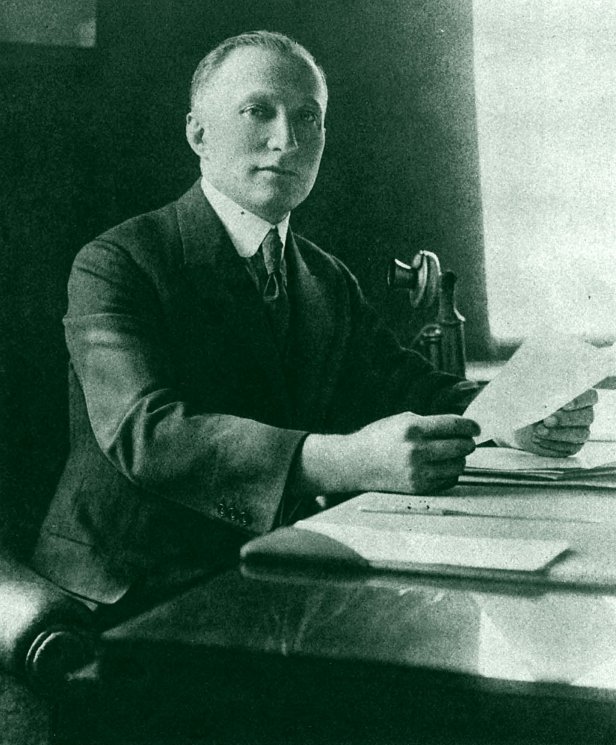 Zukor was an Austro-Hungarian (back when Austria and Hungary were declared one country under Austrian rule from 1867 until the end of World War I in 1918) who began his movie career by distributing films in 1912, the first of which was the very popular filmed play Queen Elizabeth.

Buying out the competition was how Zukor became a major player in Hollywood.

In 1924, Marcus Loew bought the Metro Picture Company, the Goldwyn Picture Company, and the services of theater owner-turned-producer Louis B. Mayer to form Metro-Goldwyn-Mayer, the studio which had the classiest films in Hollywood and which became a powerful show business empire that controlled the production, distribution and exhibition of its own films.

In 1917, First National Exhibitors Circuit, managed by W.W. Hodkinson and J.D. Williams, was formed by theater owners who hated block booking (a tactic film companies used by making deals with theaters to pay for their films exclusively), and so they aimed to take away the power of all the film companies.

They had the biggest star of them all, Charlie Chaplin, but in 1919, Chaplin was still seeking creative freedom and so alongside Mary Pickford and Douglas Fairbanks, he founded the United Artists Corporation. United Artists did not own theaters nor studios. It was a distributing organization for pictures made outside of Hollywood, which was an idea years ahead of its time. I guess you could say Chaplin was the first independent film mogul.