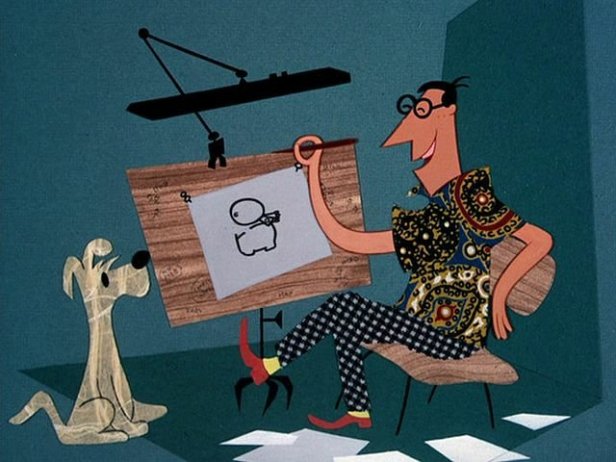 Many of the artists behind United Productions of America (UPA) were people who participated in the Disney animators’ strike of 1941 and had a desire to experiment with a different type of animation, including layout artists John Hubley and David Hilberman, two key UPA people.

UPA’s example was set by the incredible 1942 Chuck Jones cartoon The Dover Boys, which was one of the few cartoons from the forties to deliberately venture away from realism as a stylistic choice, and it was also the first sign of the direction animation would take in the coming decades. It was the first use of what would be known as limited animation.

In 1943, Zack Schwartz, David Hilberman and Stephen Bosustow founded Industrial Film and Poster Service (changed to UPA when they became more popular) and found work making war-themed cartoons, including a 1944 cartoon called Hell-Bent for Election that was actually directed by Chuck Jones!

The pro-Roosevelt political short was sponsored by the United Auto Workers, and it was UPA’s first successful cartoon short. 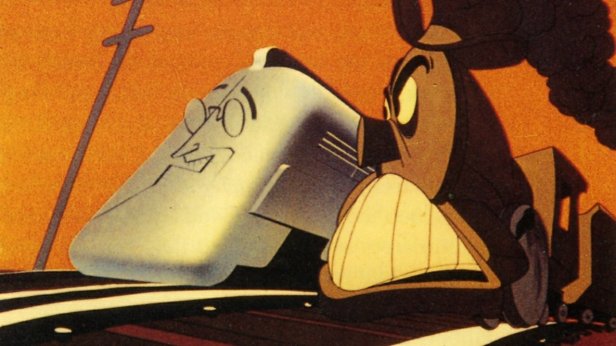 That one was soon followed by Brotherhood of Man (1945) directed by former Warner Bros. animator Robert Cannon, an educational cartoon that advocated tolerance of all people. Its groundbreakingly flat and stylized design defied everything Disney animation stood for and its unique look would set the standard for all UPA cartoons to follow.

The studio soon entered a contract with Columbia Pictures, who was not satisfied with their lackluster Screen Gems cartoon studio. However, when UPA took the Screen Gems characters The Fox and the Crow and created the Oscar-nominated cartoons Robin Hoodlum (1948) and The Magic Fluke (1949), Columbia gave them more creative freedom and as a result, the next decade would be the studio’s best. 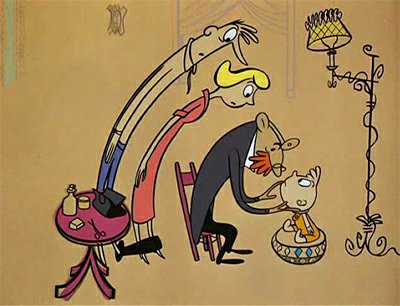 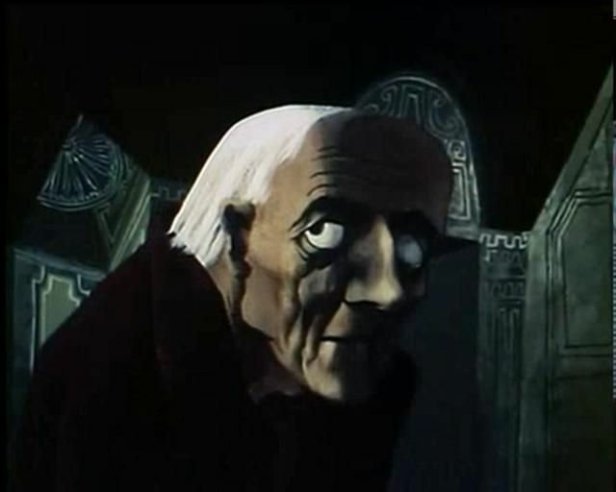 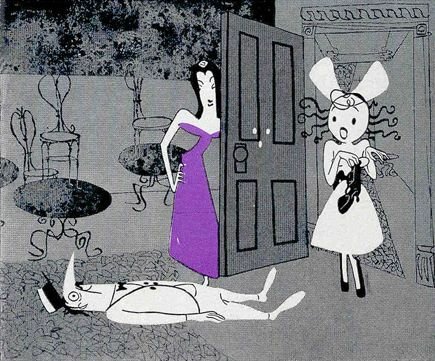 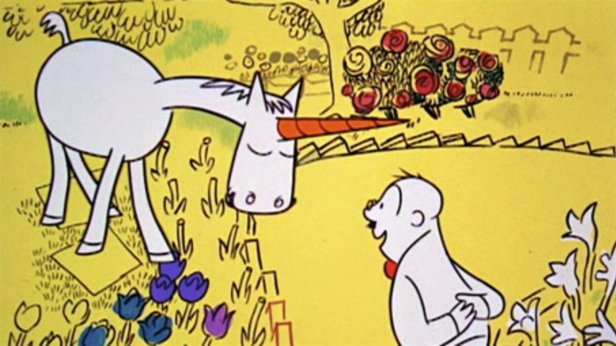 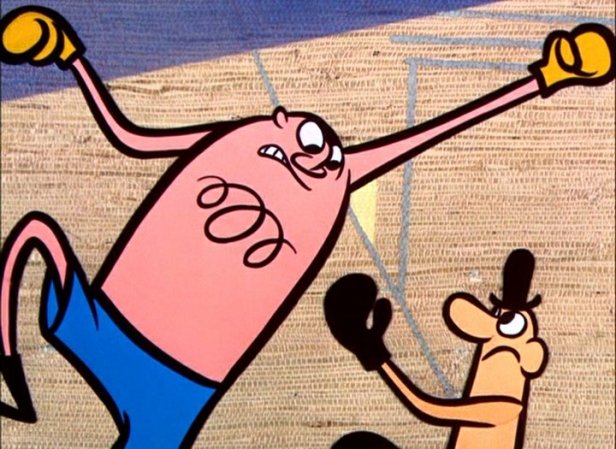 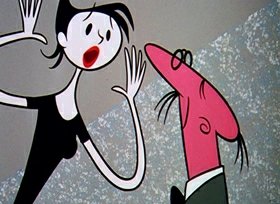 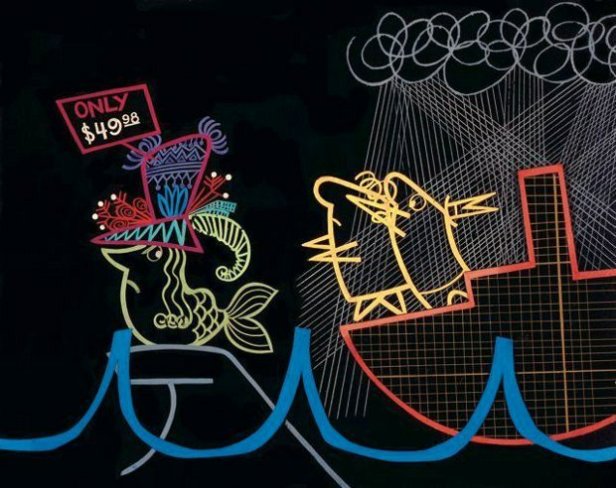 Their next cartoon would feature a truly unique cartoon character who was different from all the funny animal characters who came before.

The Ragtime Bear (1949) introduced the near-sighted old Mr. Magoo and was such a hit at the box office that Mr. Magoo would become their biggest and most prominent star. The character would win the Academy Award for Best Animated Short two different times in the fifties: When Magoo Flew (1954) and Magoo’s Puddle Jumper (1956). The character would also eventually become a TV star, a movie star (both animated and live-action) and most popularly play the role of Ebenezer Scrooge in one of the best Christmas Carol adaptations and one of the best Christmas specials in general, Mr. Magoo’s Christmas Carol (1962). 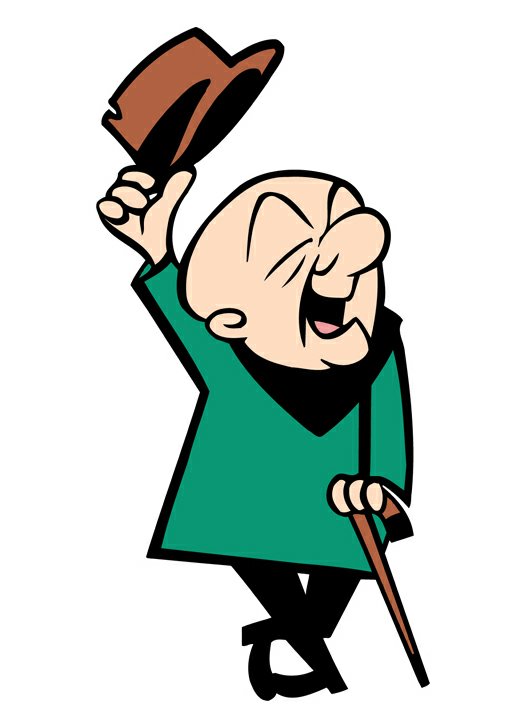 As for their other shorts, stand-outs include Gerald McBoing-Boing (1950), the story of a boy who “didn’t speak words but went boing-boing instead” which was based on a record by Dr. Seuss and won UPA the Academy Award, something the studio would be nominated for 15 times between 1949 and 1959.

Compared to the cartoon output of every other major studio, UPA was truly unique. The Edgar Allen Poe adaptation The Tell-Tale Heart (1953) was a lot darker than the cartoons of Warner Bros., MGM and Disney. So too was Rooty Toot Toot (1951).

UPA was influential on the design of the cartoons of every other American animation studio, and soon Bugs Bunny, Droopy and others would get stylistic makeovers to look more like UPA characters.

During this height of the studio’s popularity, UPA would also produce two feature films. The first was 1001 Arabian Nights (1959) starring Mr. Magoo and directed by ex-Disney animator Jack Kinney, and the last would be Gay Purr-ee (1962) written by Chuck Jones and his wife Dorothy and directed by frequent Chuck Jones collaborator Abe Levitow. Both would fail to connect with audiences at the box office despite neither being bad films. 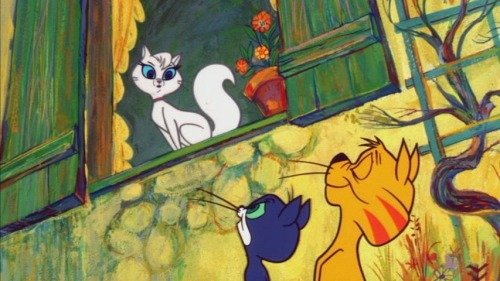 One of the most lasting and significant influences of UPA was one that the studio did not intend for: its effect on television animation. Cartoon studios like Hanna-Barbera would adopt the stylized look of UPA, but the limited animation of TV would be used largely for cost-cutting rather than as an artistic choice. Still, it was an effective way for animation to stay alive in the sixties and seventies and for that I am grateful to the artists of UPA, whether they had respect for studios like Hanna-Barbera or not.

For a long time Columbia owned UPA’s shorts collection while UPA retained the rights to the characters Mr. Magoo, Gerald McBoing-Boing, etc. and this had been the case until Columbia sold the cartoons in 2000 to Classic Media, a company that owns multiple intellectual properties such as Felix the Cat, Casper the Friendly Ghost and VeggieTales, and was later purchased by DreamWorks Animation in 2012, which would eventually be acquired by NBCUniversal in 2016, making Universal the current owner of the UPA library. The characters are currently being developed for future animated series, and possibly even films, to be distributed by Universal and DreamWorks.

UPA is not as well-known as other animation studios and their characters are not household names in the same way Mickey Mouse, Popeye, Bugs Bunny or Tom and Jerry are, but the memory of their cartoons is worth preserving. They are great alternatives for fans of classic animated shorts who are interested in seeing something different. Their influence continues to effect animators to this day, including Samurai Jack creator and Hotel Transylvania director Genndy Tartakovsky. Not to mention the indirect influence they have on any animator who rejects realism in favor of cartoonyness, which is practically every animated series on television. They are truly innovators who have changed the language of animation. You would have to be as blind as Mr. Magoo not to see that. 2 thoughts on “Animation Reaches Its Limit: The History of UPA”