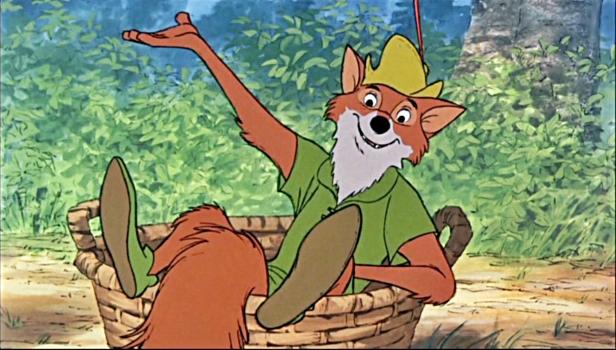 The animated Disney films of the seventies include The Aristocats (1970), Robin Hood (1973) and The Rescuers (1977). While beloved by many Disney fans, these films are often seen as second-rate entries in the Disney catalogue, especially by film critics. While I agree that they suffer in comparision to the likes of Pinocchio and Cinderella, none of them are bad, and all of them are actually quite entertaining and full of charming characters and animation. Audiences would agree with me because these were all successful at the box office.

One thing that can’t be argued is that the seventies were a low point in Disney’s history, especially from a business standpoint. Television was no longer the success it had been in the fifties. Only two major shows came out, both in syndication and with limited popularity: The Mouse Factory (1971-73), created by Disney animation legend Ward Kimball, was an anthology series featuring celebrity guest hosts, and a revival of The Mickey Mouse Club (1977-79). The company would often look to the past for inspiration in these days.

A bigger problem was that they couldn’t keep up with the competiton either. Shaggy Dogs and Love Bugs weren’t going to cut it in the Star Wars era. Like Lewis and Clark, Steven Spielberg and George Lucas had opened the way to a new frontier in cinematic possibilities. Of course, Disney’s attempt to capitalize on the sci-fi loving teenage crowd was the lackluster 1979 film The Black Hole. They were better off with Herbie the Love Bug.

The main revenue source for the company back then was Walt Disney World, which had opened in Florida in 1971. Walt’s brother Roy was at the opening and personally dedicated the name of the park to Walt.

Unfortunately, in only a few months after that dedication, Roy would join Walt in the afterlife. Roy O. Disney died of a stroke in December of 1971 and the company was now in the hands of people outside the Disney family for the first time.

The people who would be in charge of Walt Disney Productions in the seventies were Donn Tatum, Card Walker and Ron Miller. Tatum was a Stanford alum, a television director at ABC and a Disney business manager starting in 1956. Walker was a mailroom clerk at Disney in 1938 who climbed up the corporate ladder in the camera department and became a unit manager for short subjects. Miller, Walt’s son-in-law, was a second assistant on Old Yeller turned TV director turned producer on various films such as Son of Flubber, Summer Magic, That Darn Cat!, Escape to Witch Mountain and Pete‘s Dragon. Ron Miller became the president of Disney in 1978 and made some creative company decisions, but he wouldn’t last long. In the coming decade, things were going to get even more bleak for Disney.